OPINION: Having a uterus doesn’t make someone a criminal 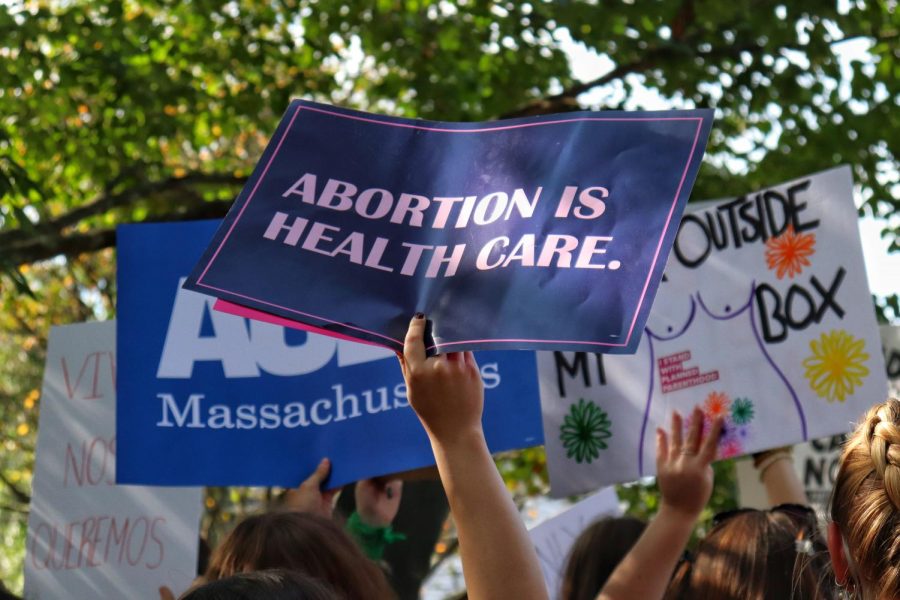 This article makes a brief reference to rape. Please read at your discretion.

The debate around abortion is something that is ever present in our news cycles, but it has been the topic of headlines ever since an abortion ban in Texas went into effect on Sept. 1. The bill was temporarily blocked by a federal judge, but was then reinstated by the Fifth Court of Appeals on Oct. 8.

This back and forth has been keeping everyone in Texas, and the rest of the United States, on their toes. We all seem to be holding our breath.

I have lived in the South for most of my life, born and raised in southwest Louisiana before moving just over the stateline to Houston, Texas. Seeing my home state pass the strictest abortion law in 50 years was heartbreaking, but not at all surprising.

While each state has its own laws and regulations, it is important for Suffolk University students to realize that those outside of Massachusetts deserve to have total body autonomy just as they do.

Texas bill SB 8 would ban abortion once a fetal heartbeat can be detected, which is around six weeks after conception. This is before most people have missed their period or have any idea that they are pregnant.

Texas went a step further than any other state by giving private citizens the right to “sue Texas abortion providers… as well as anyone who ‘aids and abets’ a woman getting the procedure” as reported by AP News.

Many pro-life supporters argue that abortion rates would go down if it was made illegal. Data has shown that this is the opposite of what happens.

Here in Massachusetts, the abortion rate dropped by 12% between 2014 and 2017, according to the Guttmacher Institute. The only restrictions on abortion in the state are that you have to have consent from a parent if you are under the age of 16, and the abortion must be performed before the third trimester (with the exception of emergencies).

By ignoring the injustice in Texas because it is outside of your state lines, you are allowing this war on other bodies to continue. You never know how this will affect you in the future, or how it is affecting out-of-state students around you today.

This is a battle that women and people with a uterus never really know the end of. It is an ongoing cycle of restrictive bills countered by pro-choice protests and campaigning, only to hopefully get politicians to leave our bodies alone, even if it is just temporarily.

There is far more attention on the supposed crime that is abortion than there is on the reasons why a woman may want an abortion. Whether that be for reasons out of their control, like rape or the person not having the money and support to raise a child. The reason could simply be that the person doesn’t want a child, and that would be just as valid.

It feels like it is my responsibility to be on birth control, which has hormones that can negatively affect my body for the rest of my life. However, it is “my fault” if I get raped and pregnant, because I have to deal with the consequences of that.

It is a never ending tug-of-war when it comes to laws and our bodies, and it feels like my uterus is owned by everyone but myself.