STUDENT & THE CITY: Are TV show friendships that unrealistic? 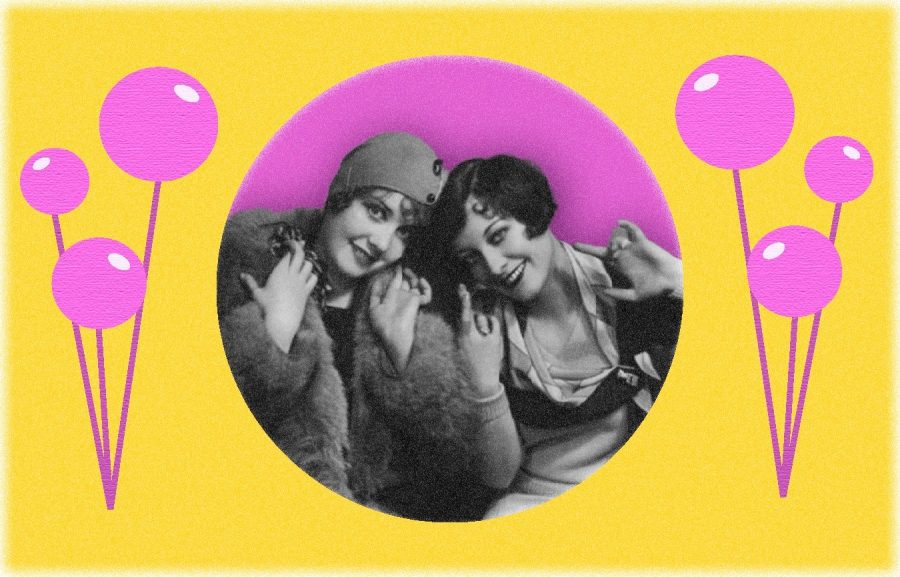 Student and the City is a column dedicated to asking the big questions that all college-aged students are asking. It will explore different social concepts within the younger generations regarding relationships, lifestyle, social media and more.

I grew up watching the Disney Channel and Nickelodeon like every other early 2000s baby. I watched every episode of every show probably a billion times and never got tired of it. Every show was the same. A combination of a few radically different characters formed an unshakable friendship that taught our little minds the lessons of life before we really experienced it for ourselves.

In college, my nature of television watching has pretty much stayed the same. Except now, it consists of barely realistic sitcoms that everyone loves to hate but secretly obsesses over.

Unless you have been living under a rock throughout the last couple of decades, you have at least heard of the television show “Friends,” if you haven’t binged it ten times in your dorm room like the rest of us. Without even realizing it, series such as this one have shaped the expectations of my relationships with others.

Whether you enjoy the series or not, you cannot deny their quality of friendship is desirable. I will admit that I am envious of the way six people can find each other like that and have fun daily, together. But I have to remind myself, they are characters. And their friendship is that of a script and performed for an audience. It is not real…but is it so unrealistic? Is it possible to find people that like each other the way these fictional friends do?

The question is: Are TV show friendships so unrealistic?

This theme of candid companionship is common in almost any sitcom you have taken probably too much of your time to watch. From “Sex and the City” to “New Girl,” from “That 70s’ Show” to “The Office,” which are some of my favorites, these characters are written to interact in a very specific way. Each character is unique, and absolutely has traits that are repulsive or appealing to specific personalities. All make poor decisions, have differing interests, embarrass themselves and even commit mistakes that hurt each other. However, no matter who they are or what they do, their friends stick by them.

While they make humorous remarks about each other, usually followed by poorly-used, pre-recorded audience laughter, they do not judge. Instead, they ask each other personal questions and show genuine care for the answer. They aren’t afraid to confide in each other or tell a pointless story about their day that may matter to only them.

Is this so rare?

In my experience, this form of unconditional friendship cannot always be expected from our generation. Our society is so divided and stereotypes are deeply woven into our way of thinking, that we are often afraid to speak up and say what is really on our minds. Our true beliefs, values and interests are often kept secret in fear of rejection.

We don’t want to be labeled as the “adult Disney freak,” or the “theatre nerd,” or the “crazy anime girl,” or the “dumb jock.” We don’t want to make people uncomfortable with our “unrealistic” dreams or hurt our reputation by sharing our passions that may be boring or weird to others. We want to be accepted and loved by everyone we meet.

Living in the city, it is easy to feel alone. You may be surrounded by people at all times, but it is easy to feel lonely when there is not much to do by yourself. Living on a campus can be lonely too. It is hard to put yourself out there in what often seems like a repetition of intimidating high school culture. We want to play pretend like the characters we admire. All their free time is spent with each other, not because they have to, but because they truly enjoy each other’s presence. Is this so hard to find?

If I were to try to answer any of these questions, I would step back from my overwhelming self-awareness and look at what I am expecting from others.

When a friend messes up, do we help and forgive them? Or do we judge them and cut them out?

Are we supporting each other’s passions and interests? Or are we tearing them down when they share?

Are we showing genuine interest in each other’s lives? Or are we so consumed with our own thoughts and what others think of us, that we do not think to ask?

Is there any diversity in our friend groups? Or are we excluding people who may be different than us?

Are we too quick to label people in our lives as toxic? Or are we allowing people to grow as we do the same?

While it is silly to consider characters as real people, it can be used as a tool to reflect on your own life. Are we allowing others to be their authentic selves? If we expect people to be a certain way and turn away when they are not, how can we expect to have long-lasting, genuine friendships? If we keep writing shows the same way, there is an obvious appeal to these types of friendships. But do they exist?