Upcoming horror films to get you in the spooky spirit 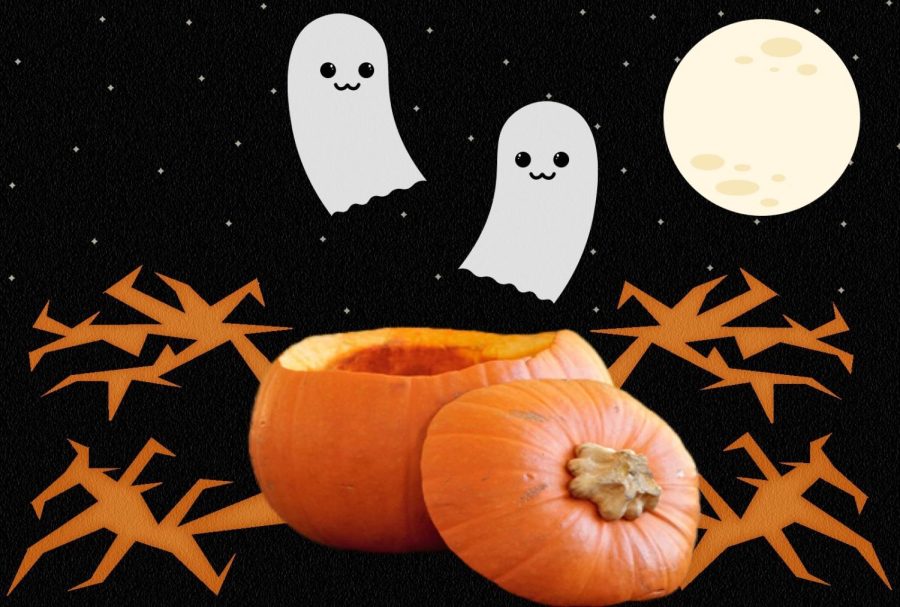 With spooky season upon us, one might start thinking about how to celebrate the time of year, especially in times where many people may not want to go out. Here is a list of upcoming horror movies to celebrate Halloween.

In the 12th installment of the “Halloween” franchise, viewers see main character Laurie Strode (Jamie Lee Curtis) return. After Strode, her daughter Karen and her granddaughter Allyson lock Michael Myers (Nick Castle/James Jude Courtney) in her basement and burn the house down, he manages to escape and the Strode women decide to lead a vigilante mob in order to take down Myers once and for all.

In this slasher film, the audience will see many familiar faces from previous movies, including Judy Greer as Karen Nelson, Andi Matichak as Allyson Nelson and Will Patton as Deputy Frank Hawkins. If you’re looking to watch a classic Halloween slasher, this is the one for you. The film will be released Oct. 15 in theaters and will also be streaming on Peacock.

In this interesting take on a horror movie, aspiring fashion designer Eloise (Thomasin McKenzie) has a strange sixth sense, and in London finds herself mysteriously able to travel back to the 1960s, where she encounters wannabe singer Sandy (Anya Taylor-Joy). Eloise, seeking to be more like the singer, begins to take on her persona and enters into a romantic relationship with Jack (Matt Smith) while in Sandy’s body.

However, the singer’s glamorous life does not appear to be all Eloise thinks it is, and the past and present begin to intertwine revealing horrible consequences. This psychological thriller looks like it will be a good one due to its unique storyline and inclusion of blockbuster names like Taylor-Joy and Smith. This film will be released Oct. 29 in theaters.

In this gruesome supernatural thriller, small-town Oregon school teacher Julia Meadows (Keri Russell) and her police officer brother Paul Meadows (Jesse Plemons) become concerned that one of Meadows’ students, Lucas Weaver (Jeremy T. Thomas), may be harboring a mysterious creature. This creature escapes from where it was confined and wrecks havoc on their town.

This film looks to be the scariest on the list, so if you’re looking for a good fright, this is the one to mark on your calendar. This film will be released Oct. 15 in theaters

In the fourth installment of the Ghostbusters franchise, “Ghostbusters: Afterlife” is a family-friendly film for those who may not be a fan of slashers and thrillers. When single mother Callie (Carrie Coon) gets evicted, she and her children, Trevor (Finn Wolfhard) and Phoebe (McKenna Grace), are forced to move to small-town Summerville, Okla., where they discover they have a connection to the original Ghostbusters and their grandfather Egon’s secret legacy.

When mysterious earthquakes begin to occur in town and supernatural phenomena take place, the family and their friends come together to solve the mystery of their grandfather’s relocation using the old Ghostbusters’ equipment to save the world. This film also features a star-studded cast including Bill Murray and Paul Rudd, in addition to Grace and Wolfhard, and will be arriving in theaters Nov. 19.

In this film releasing on Netflix this week, teenager Makani Young (Sydney Park) moves from Hawaii to small-town Nebraska with her grandmother to finish her final year of high school. As the school year begins, her classmates begin to get terrorized by a stalker intent on exposing their secrets. This stalker wears a lifelike mask of its victims when it kills, so Makani and her friends are forced to confront their pasts and find the killer’s identity before it gets to them as well.

This horror film seems to be the perfect middleman for Halloween time, though definitely not for those who aren’t fans of being scared. For avid horror fans, it’ll be a good film to have some laughs at. The film will be available to stream on Netflix starting Oct. 6.

In this supernatural Icelandic horror film, childless couple Maria (Noomi Rapace) and Ingvar (Hilmir Snaer Gudnason) discover a strange and unnatural newborn in their sheep barn. As they decide to raise the child as their own, sinister forces are determined to bring the creature back to the wilderness, affecting the couple’s relationship and threatening the quiet life they once had.

“Lamb” looks to be the creepiest on the list for fans who are looking to lose a little sleep. The film from A24, which is known for producing hit movies “Midsommar” and “Hereditary,” also has sparse dialogue, adding to the chilling and sinister feel sure to be in this thriller. The film will be available to watch in theaters Oct. 8.