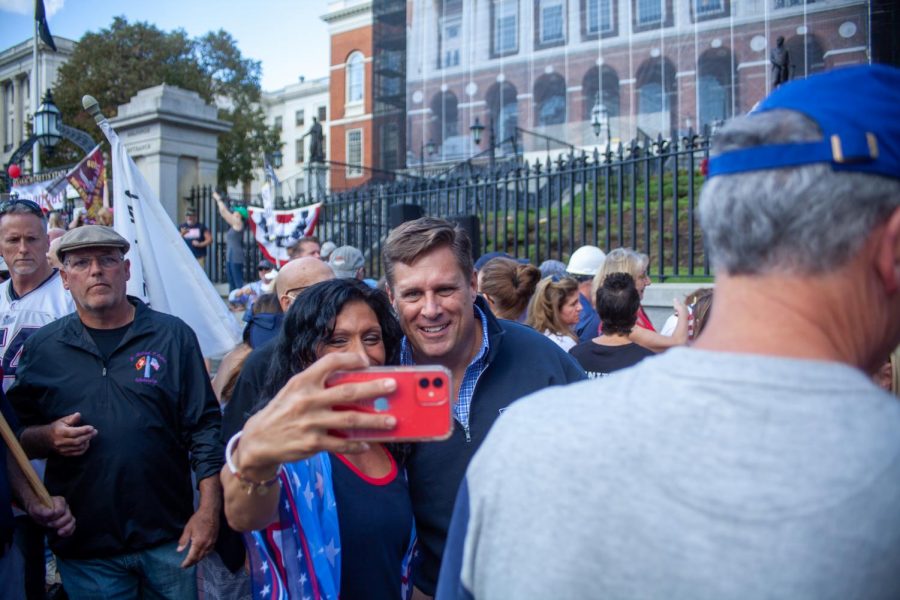 For the second weekend in a row, protesters gathered outside of the Massachusetts State House to protest government mask and vaccine mandates.

The rally drew a larger crowd than the one from the weekend prior.

“Take a look to your left, take a look to your right. You are not alone in Massachusetts doubting that the government knows best for you,” Diehl said in his speech to the crowd on the steps of the Statehouse. “That’s what Massachusetts was all about. It was just down the road here that we broke away from tyranny. Why are we stepping right back into it?”

Diehl is planning to challenge current Massachusetts Governor Charlie Baker in the 2022 Republican primary for governor. He served as a State Representative for the Plymouth seventh district from 2011 to 2019 and challenged Senator Elizabeth Warren in 2018.

Baker has not officially announced whether he will seek reelection when his term ends in 2022.