OPINION: The normalization of sexual violence in college must stop 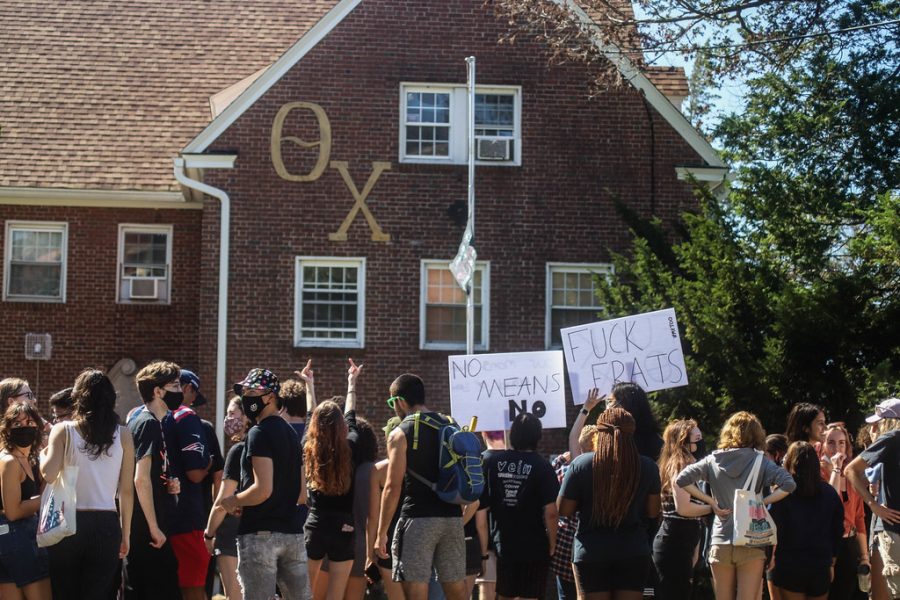 As a graduation gift from high school, shortly before I moved to Boston for my first year of college, my mother gave me a small, pocket-sized container of pepper spray.

She told me, in a serious tone I’ve only heard a few times in my lifetime, that I should always make sure I have it on me at night. She added I should hold my keys in between my fingers just in case, and never walk alone.

The lecture continued beyond just when and where I walk––don’t accept drinks from strangers, don’t separate from my friends at a party and don’t leave my drink unattended. Ever.

The reality of sexual violence and harassment on college campuses is clear to women, whether we have experienced it ourselves or know someone who has.

Sexual violence and harassment on college campuses have been largely swept under the rug, and those accused rarely ever face the consequences. While activists are striving to strengthen Title IX programs for college campuses, there must be more accountability on and off-campus.

According to the Rape, Abuse & Incest Network (RAINN), women ages 18-24 are at an elevated risk of sexual violence, particularly on college campuses. Among female undergraduate students, RAINN reports that approximately 26.4% experience rape or sexual assault.

It should be noted that most instances of sexual violence are not reported at all. In 2018, only 25% of rapes and sexual assaults were reported to the police, according to the U.S. Department of Justice.

On Sept. 19, at the University of Massachusetts Amherst, students protested against the Theta Chi fraternity on campus where multiple women alleged they were sexually assaulted. The students demanded administrative accountability and further protections for students who have been victims of assault on campus, as reported by the Boston Globe.

The UMass Amherst students, and those across the country who have voiced their support, are not just fighting against one fraternity or one administration. They are fighting against a system based on a “boys will be boys” mentality, one that protects, rather than prosecutes, abusers.

When women 18-24 on a college campus are three times more likely to experience sexual violence, it’s impossible to say this is a new issue. The rape culture that perpetuates college campuses runs deep, and while it will not be fixed overnight, there are places to start.

We must abandon the narrative of an abuser being unable to face charges because of the possibility of scholarships and success, while simultaneously abandoning a victim in their search for justice and recovery.

Reporting an instance of assault to administration can seem useless if nothing is done to serve justice and hold abusers accountable. As in the case of Jacob Walter Anderson, some assailants walk away with nothing more than a fine and mandatory counseling, if they’re brought to court at all. It makes it harder for more students to come forward if there doesn’t appear to be hope of making the campus a safer place.

The student who was assaulted, man or woman, has a future too. They too have opportunities, and a life left to lead. Brushing off their case, or giving their assailant a slap on the wrist as punishment only further engrains in society that sexual violence is permissible.

Justice is not a straightforward answer, and there is no clear-cut path to recovery for victims. We must change the narrative surrounding sexual assault, rather than allowing perpetrators to be held up on pedestals.

Rather than telling young women to not accept drinks and to never walk alone at night, we must start teaching our sons to do better, and report their peers who do not live up to that standard. Breaking the cycle of rape culture must start with accountability on all ends, and it must start now.