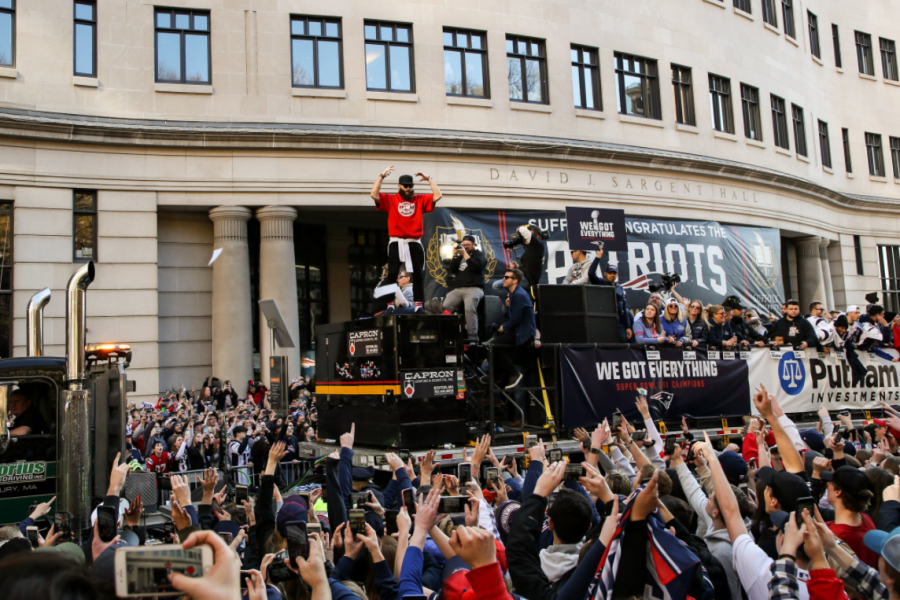 New England Patriots receiver Julian Edelman, a three time Super Bowl champion and Super Bowl MVP, announced via social media on Monday that he would be retiring from the NFL.

Edelman, who spent the last few seasons dealing with nagging knee injuries, had his contract terminated due to a failed physical that is part of his retirement plan agreement with the team, per ESPN’s Mike Reiss.

“I’ve always said, I’ll go until the wheels come off, and they finally have fallen off,” Edelman said in his post on Instagram. “Due to an injury last year, I’ll be making my official announcement of my retirement from football. It was a hard decision, but the right decision for me and my family. And I’m honored and so proud to be retiring a Patriot.”

Edelman was drafted by New England in the seventh round of the 2009 NFL Draft and made a name for himself by being able to play anywhere on the field. As a college quarterback at Kent State, Edelman played almost every position on the field when coming into the league before solidifying himself as an elite wide receiver.

“Julian Edelman is one of the great success stories in our franchise’s history,” Patriots owner Robert Kraft said in a statement released by the team. “There aren’t many players who earn an NFL roster spot at a position they have never played before.

“Julian not only did that as a seventh-round draft selection, but he is retiring with the second-most career receptions in franchise history and as a three-time Super Bowl Champion, including his last as Super Bowl MVP,” Kraft continued. “No one was more committed to his craft and honing his skills than Jules.”

Edelman finished his career second in receptions all time by a Patriot with 620 catches and finished fourth in receiving yards with 6,822. He also is second all time in NFL history for catches in the playoffs, trailing only the great Jerry Rice.

“By any measure of what constitutes an elite NFL career — wins, championships, production — Julian has it all,” Belichick said in a statement released by the Patriots. “Few players can match Julian’s achievements, period, but considering his professional trajectory and longevity, the group is even more select.

“It is historic,” Belichick said. “This is a tribute to his legendary competitiveness, mental and physical toughness and will to excel. Day in and day out, Julian was always the same: all out.”

He also played a vital role in the last three Patriots Super Bowl Championships by catching the game winning touchdown against Seattle, making one of the most improbable catches in history against Atlanta and finishing it off by winning Super Bowl MVP against the Los Angeles Rams.

Edelman was one of former teammate Tom Brady’s favorite targets in his career with the Patriots before Brady left last season for the Tampa Bay Buccaneers.

“You never let anyone define you as a person or player,” Brady said in a statement on Instagram. “You have so many teammates that admired your work ethic and will to win, and I am at the top of the list because when I was down and feeling sorry for myself at times, you were right there to pick me up. You were as tough as could be and I love you for all that you did to make our teams as great as they could possibly be.”

After 12 incredible seasons, Edelman will go down as one of the greatest Patriots of all time and a key cornerstone to the New England dynasty.