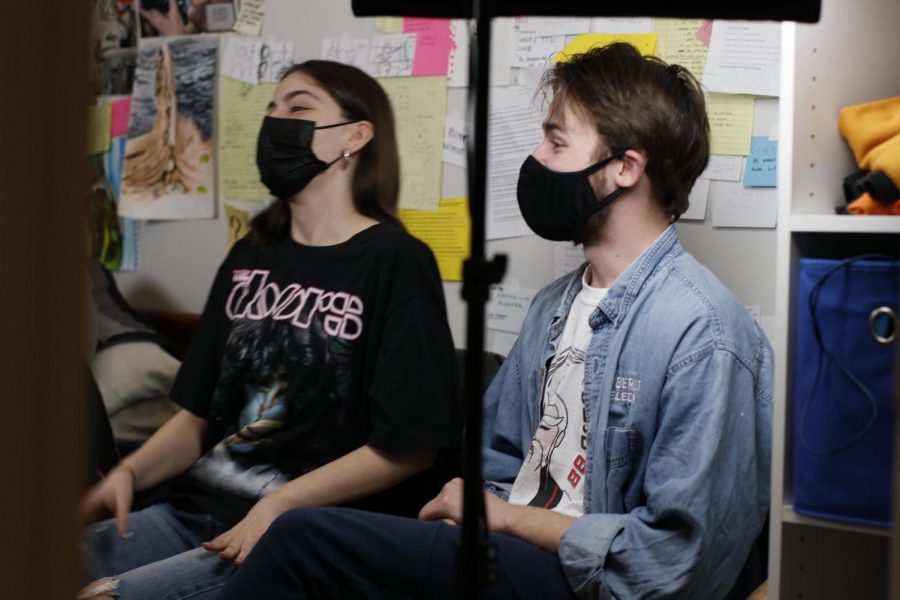 RamCam returns to Suffolk University, filming their most recent project, “Cigs and Gigs,” around the city.

RamCam is Suffolk’s student-led film club, and focuses on creating, producing and publishing their own projects. The club was restarted by its current president, Laura Acero, at the beginning of this semester.

Acero said she resurrected the club so that she and other Suffolk students who are interested in film and production could pursue their own independent projects. Last year, Acero wanted to work on her own project through an independent study, but she was unable to because of COVID-19.

“[My adviser’s] advice was to look into RamCam and complete some projects through the club,” Acero said. “When I looked into it, I saw it was inactive. I thought ‘I’m gonna gather a few people together and see if I can get it going again.’”

RamCam takes project ideas from all members, and Acero explained that the full club votes on pitches to develop and produce. Since it was restarted, the club has grown to around 13 members and has two projects in the works. The first project, “Cigs and Gigs,” was created by junior Hunter Berube and has already started shooting scenes.

Media and film major Hallie Fernsebner is the project’s director of photography. She said “Cigs and Gigs” blend together many concepts from across multiple backgrounds.

“Hunter comes from a theater background and he weaves this in with his knowledge and experience in broadcast and news to make this almost twisted story of the near future and virtual reality,” Fernsebner said. “It’s still a constantly evolving story and it’s complex but it’s very cool.”

The first episode of “Cigs and Gigs” will likely be published later this semester, and Fernsebner encouraged everyone to watch the film.

“Once it’s out, tell your friends and family,” Fernsebner said. “We’re all just having fun, but this is also what most of us want to do… and it’s much easier to do when it gets the recognition it deserves.”

According to Acero, one of the big challenges the club has faced is ensuring COVID safety, particularly while shooting scenes. She explained that the club has made sure the proper precautions are in place, but it is difficult due to things like occupancy limits.

“We’ve been working with SLI to make sure we do everything by the book and that no one’s safety or health is compromised,” Acero said. “We also have a COVID certified officer on set to ensure safety.”

As of now, RamCam does not meet on a regular schedule, only meeting when working on projects. Acero hopes that the club will continue to improve in the months and years to come, as the club was started from scratch in the spring semester with not much to base policies on.

While it is focused on production and media, RamCam is open to all Suffolk University students no matter their major or prior experience.

“You definitely don’t need to be a media major to join the club,” Acero said. “It’s open to anyone who wants to work on films and get experience on set.”