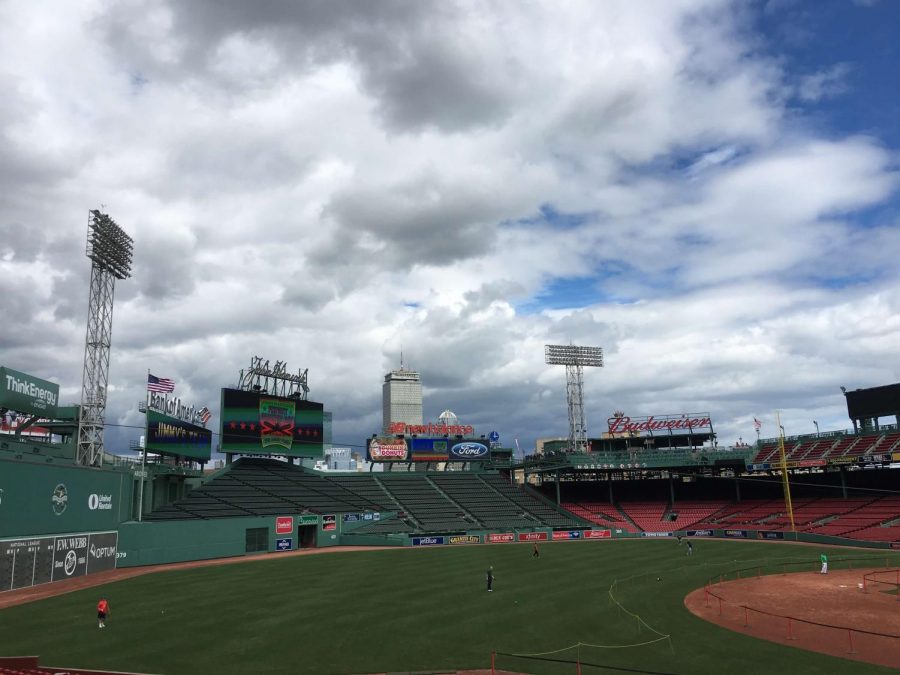 Suffolk University is planning to hold commencement ceremonies for 2020 and 2021 graduates at Fenway Park this spring.

The Class of 2021’s ceremonies will be held at the field on May 22, and commencements for the Class of 2020 are scheduled for May 23 “if public health conditions allow,” Suffolk President Marisa Kelly wrote in an email sent to the Suffolk community Tuesday.

The announcement came nearly a week after Northeastern University said it would also hold its commencements at the field.

“Perhaps more than ever, our 2020 and 2021 graduates deserve the opportunity to walk across that stage and reflect back on what they have accomplished and where they are going from here,” Kelly said in the email.

For Don Porcaro Jr., the ceremony will be a full-circle moment.

Porcaro, who graduated last May with a degree in broadcast journalism, was hired by the Worcester Red Sox’s production department last week.

“I’ll actually have to miss a game because they have a home game the day of graduation,” Porcaro said.

Commencement will be the first time Porcaro and many of his classmates have seen each other since last March, when COVID-19 caused the university to abruptly send students home and move classes online for the rest of the semester.

“Everything ended so suddenly, and especially for me who had a dream internship cut short along with the end of my senior year, the thought of attending graduation left a bad taste in my mouth,” Porcaro said.

Porcaro was interning with the Boston Celtics when COVID shut down the team’s season last spring. Out of an internship and stuck at home, he said he felt like he lost his opportunity to work in sports because of the pandemic.

Other members of the Class of 2020 told Porcaro they wouldn’t go to an in-person ceremony held a year after graduating. But when news of a Fenway ceremony broke, these same graduates told him they are now looking forward to attending.

“Having it at Fenway got a lot of people excited again,” he said.

Graduates will be able to have up to three guests, a limit that will allow the ceremonies to follow current occupancy guidelines, Kelly said. Like in normal times, both classes will have three separate ceremonies on the days of their commencement.

The Law School’s ceremony is scheduled for 9 a.m., the Sawyer Business School for 1:30 p.m. and the College of Arts and Sciences’ ceremony for 7 p.m. on both days, according to the university’s website.

Speakers and honorary degree candidates will also attend the ceremonies.

While some 2020 graduates are looking forward to commencement, others still aren’t sure if they will attend.

Grace Voll graduated with degrees in public relations and government last spring. Even though Voll feels safe attending a Fenway ceremony with her family, she said the day would be bittersweet.

“I almost want to just close that chapter of my life and no longer think about it,” Voll said. “My parents are encouraging me to attend so I certainly have a decision to make, but it does feel a little strange to think about going considering what myself and others have gone through.”

The ceremonies can’t make up for the experiences students lost because of the pandemic. But to Porcaro, a commencement at Fenway is still something special.

“There’s thousands of kids who worked so hard to make their dreams come true after everything got taken away last year, so it’s nice to see them get rewarded after the last 12 months,” he said.