Suffolk community looks to cash in on new stimulus package 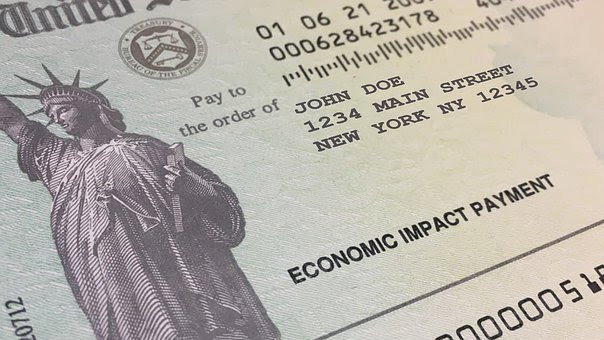 President Joe Biden signed a $1.9 trillion COVID-19 relief bill on March 11, sparking new hope for the United States as the pandemic continues on.

This will fund direct payments of up to $1,400, extend unemployment insurance supplements, expand the child tax credits and fund vaccine distribution, according to CNBC.

Unlike previous stimulus packages, adult dependents 17 and older can now qualify to receive the full $1,400. This includes high school and college students, elderly adults and disabled adults claimed by someone else.

The taxpayer claiming the dependent must meet the income requirements in order to receive the stimulus.

“I personally live at home, so I don’t need to pay rent or anything, but I know a lot of college students who live on their own and $1,400 isn’t even going to pay half their rent,” said Tuffaha. “I honestly don’t like the system because not everyone really […] has their parents’ support. I know people who, since their parents manage [their finances], they’ve decided to keep the stimulus and not to give any to their child who’s in college.”

Other students such as Aaron Leventhal, a freshman economics major, said that the current system is favorable, even if there are a few drawbacks.

“I like how [the government] specifically made a point to have income brackets,” said Leventhal. “I think it should have been sooner, but I mean I’m just glad we got it. I think it will help the economy.”

When it comes to what they’ll do with their money, these students had a few ideas.

“I think I’m going to save it for my student loans,” said Tuffaha.

“I’m going to put some into my saving account, because I feel like there’s not that much work right now, so it’s good to have some extra money,” said Leventhal. “I’ll probably invest some of it, but not too much, and use the rest as spending money.”

While some college students might put their money toward rent, investments or necessities, professor of economics Jonathan Haughton advises them not to save, but to spend.

“The whole point about this is to get a multiplier effect,” said Haughton. “The idea is that there’s a sort of ripple effect as this multiplies through the economy.”

Haughton also said that this may be the last stimulus check the American people need as the U.S. slowly begins to find the light at the end of the pandemic’s tunnel.

“We can’t afford to do [stimulus checks] all the time,” he said. “Fairly soon, I do think we’re going to find ourselves bounce back quite quickly— unemployment will go back down quite a lot, we’ll have rapid growth later this year, and at some point or other we’ll go back to sort of saying ‘Okay, now you can make your own living, you don’t need the stimulus checks.’”