Activist speaks her truth through storytelling at Ford Hall Forum 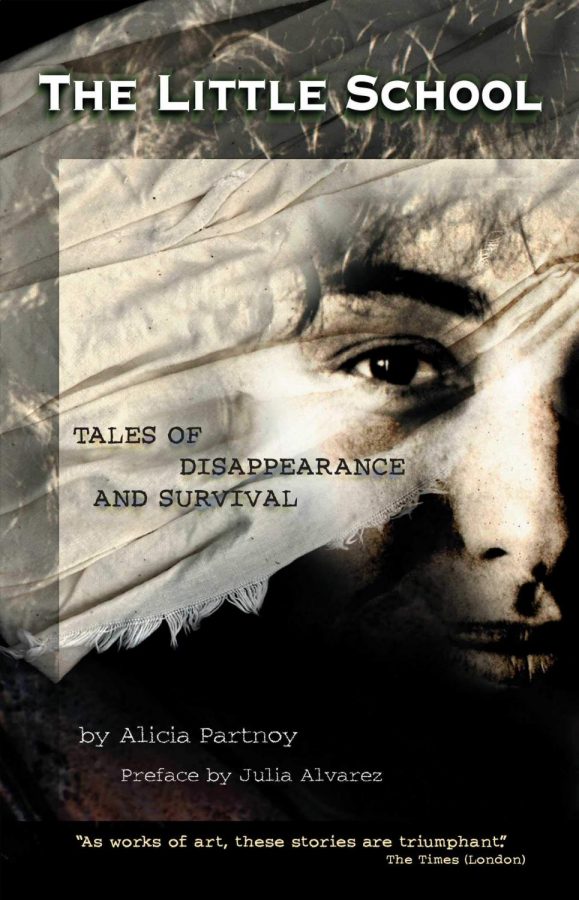 Ford Hall Forum’s series “Beyond Borders: Women’s Stories and the Art of Bearing Witness,” continued Thursday by showcasing the power of storytelling when it comes to fighting for justice.

The event, “When Two Voices Aren’t Enough,” featured author and activist Alicia Partnoy and  Amy Kaminsky, a pioneer women’s scholar, in a discussion on storytelling practices that urge people to fight for survival and justice.

Partnoy discussed her book “The Little School: Tales of Disappearance and Survival,” which documents Partnoy’s abduction from her home and her imprisonment at a concentration camp by the Argentinian government. In 1976, there was a military coup after the Argentinian president died. Partnoy became a political prisoner and one of the women that disappeared.

What started out as a documentation of her own experience became one of other women who suffered at the concentration camp and the hands of the Argentinian government, as included their memoirs and poems in the book.

Partnoy spoke at the trial of her torturers and confronted them in the Argentinian court system. She used stories from her book as evidence of their abuse in her testimony, helping them to be found guilty of genocide and sending them to jail.

Partnoy incorporated the stories of other women prisoners to showcase the experiences they went through to survive and the stories they left behind.

“‘What name did you choose, ma’am?’” Partnoy said as she read from “Graciela Around The Table,” a passage in her book that was written by another prisoner and her unborn child.  “What a question, as if they cared. I must admit that now they feel some sort of compassion, they no longer beat or molest me. In fact, I just realized that for the past few days they haven’t screamed at me either. Well, with this huge belly, but they weren’t worried about my belly when they arrested me.”

Kaminsky discussed Partnoy’s use of others’ memoirs and poems in “The Little School: Tales of Disappearance and Survival.”

“It’s so powerful, the fact that you give Graciela her voice through your voice, that when you start writing or when I started reading, you tell your own story in the third person, but you tell Graciela’s story in the first person,” Kaminsky said. “She is not here anymore to give her voice, but you give it to her and I think that that interchange is so extraordinary.”

The final “Beyond Borders” event will be held on April 1 with Amira Al-Sharif, a Yemeni photojournalist who documented the lives of women during war.