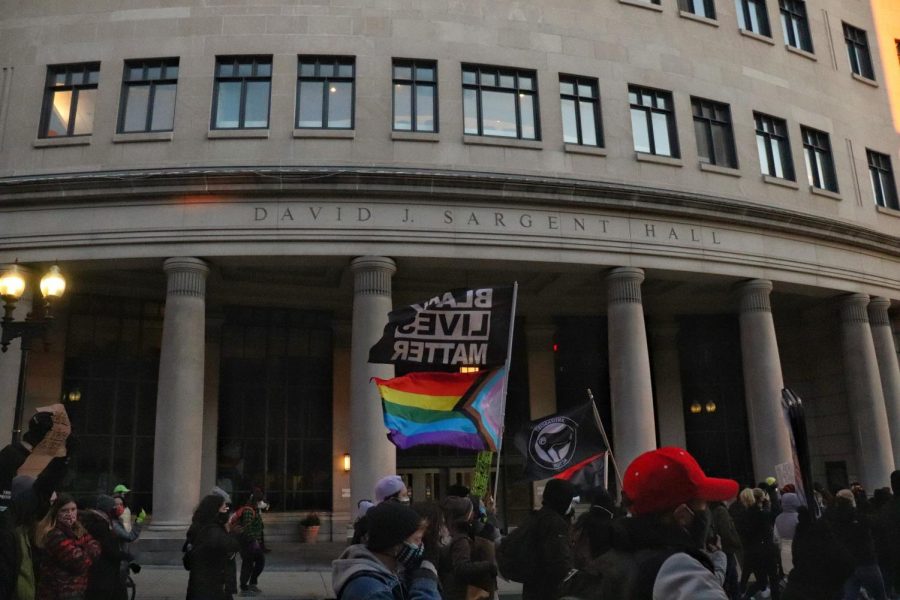 Hundreds gathered at Government Center and marched through Boston’s streets Saturday to bring attention to the trial of Derrick Chauvin, the Minneapolis police officer who killed George Floyd last May.

The event was organized by prominent Boston activist group Freedom Fighters Coalition (@ffcof2020) in conjunction with Black Boston, EMTs for Black Lives, Blue Crime Blue Dime and Solidarity North Shore. Representatives from the organizations spoke about the importance of community and accountability for victims of police brutality.

The demonstration featured family members of police brutality victims in Massachusetts. Jenelle Ambroise, the mother of Christopher Divens, spoke about her experience with Randolph police after Divens was hit by a police cruiser and hospitalized on Aug. 25. Following her son’s injury, Ambroise was arrested for protesting the incident in front of the Randolph Town Hall.

“You do not have to be Black to be outraged,” Ambroise said.

The younger brother of Moses Harris, a Lowell man who went missing after an encounter with police on Dec. 19, said that Lowell police have not answered any of their family’s questions about Harris, nor told them the name of the officer last seen with Harris.

Officials believe Harris’s body was found in the Concord River on March 7, according to the Boston Globe.

Demonstrators marched from Government Center to Copley Square, passing Suffolk University along the way, as they called for Chauvin to be convicted. Chauvin faces second degree murder and manslaughter charges. Jury selection for his trial began on March 9, yet proceedings from higher courts could potentially delay the trial even further.