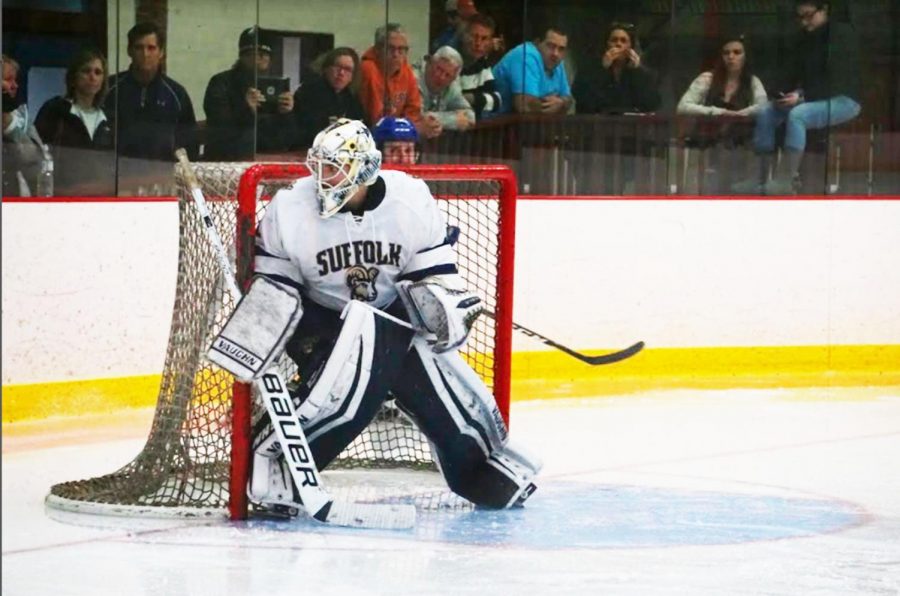 It has been almost a year since any official sporting events took place at Suffolk University, but that trend is finally over for most of the school’s winter sports teams.

Suffolk Athletics announced a return to play plan for winter sports teams in a Feb. 16 press release. According to the statement, teams are now allowed to compete against non-conference teams in limited fashion. Men’s and women’s hockey, along with men’s and women’s basketball, will get the opportunity to play after the Commonwealth Coast Conference (CCC) originally cancelled all conference competition due to COVID-19 earlier this year.

All events in this shortened season will be in-state events that follow COVID-19 guidelines, and be held without fans, the statement said. All efforts will be made to livestream home games free of charge. Each team’s schedule will be released on a week by week basis.

Jeff Juron, the head coach of the men’s basketball team, is entering his sixth season as coach while also being the assistant director of Suffolk Athletics. After a long period of time without games, he is happy to see his team back in action and on the court.

“To the credit of the team, practice has been focused and competitive. After a long layoff, everyone seems excited to be back in the gym together,” Juron said about practicing together again before the announcement was made. “As always, we look forward to preparing and performing to our standards, no matter our opponent.”

Chris Glionna, the head coach of men’s hockey, is entering his 17th season. With 130 wins in his career, he is the all-time winningest coach in Suffolk history. His team has been working toward this moment since the fall.

“I have been amazed at how the team has adjusted to everything that has gone during the pandemic. Our fall semester, we had six great weeks of practice which capped off with a three-game intrasquad scrimmage series,” said Glionna, before the return to play announcement was made. “When we returned for the spring semester, we began with weeks of practice in small pods. ”

Peter Nugent, a member of the men’s hockey team, shares his coach’s enthusiasm.

“I am excited and I can’t wait to take the ice. It’s been a long time since we’ve played in a competitive game and we are itching to get out there.”

The women’s hockey team, led by Buffalo Beauts forward and head coach Taylor Wasylk, is also itching to return to the ice.

“I’m super excited to get back on the ice with my team and try to get some games in,” said junior hockey player Madison Scheinberg.

For some Rams, these games will be their first in a Suffolk uniform.

“The transition from high school to college hasn’t been easy because of COVID, and not being able to play games hasn’t made it any easier,” said freshman women’s basketball player Amanda Deangelis. “I’m excited to finally compete and do what I love for the first time in over a year.”

The men’s hockey team will be the first Rams to return to play, as they take on Becker College in a back-to-back series this weekend, Feb. 20-21. They travel to Worcester on Feb. 20 for round one at 3:30 p.m. They will play their first home game the next day at Louis E. Porazzo Rink in East Boston at 1:10 p.m.