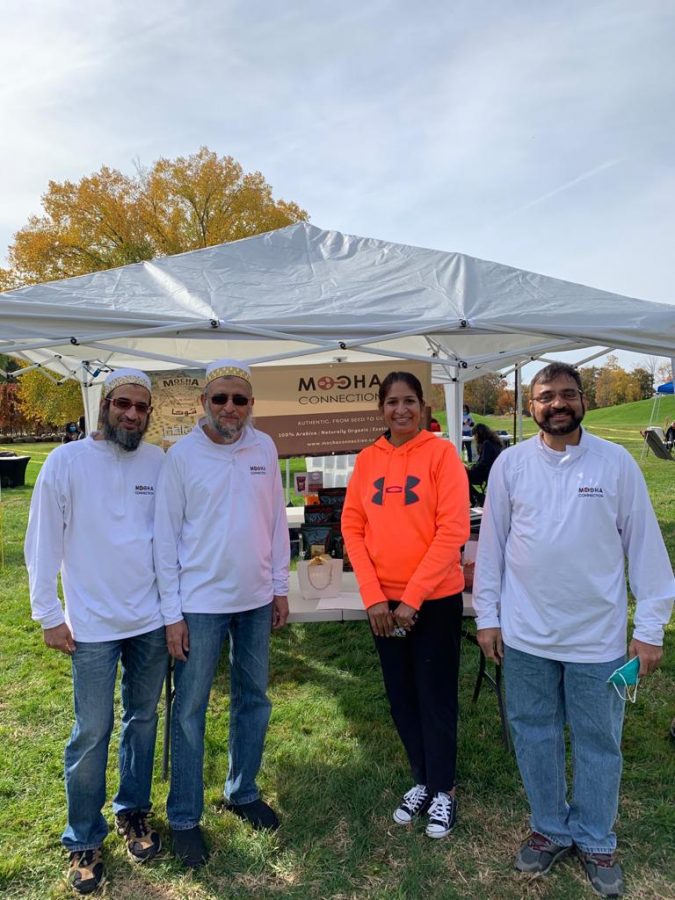 Even in February, the coldest month of the year, the team at Mocha Connection attends the Somerville Market to spread their initiative to combat addiction in Yemen.

The community-based initiative has helped over 2,500 farmers turn away from planting an addictive stimulant known as Qat. Its alternative is a crop that has a long history in Yemen: coffee beans.

The self proclaimed “four musketeers,” Moiz Bhindarwala, Idris Dahod, Khozaima Shakir and Nishreen Mahesri, decided to take action after meeting Shabbir A. Ezzi, founder of Al-Ezzi industries: a company that was established based on the needs of farmers in Yemen. Each team member works on the Mocha Connection in their free time.

The four had been aware of the problems those in Yemen faced. In the past they have held food drives, as well as grassroots initiatives, through their mosque.

“We are a small Muslim originated community. The last two decades we have been very active as a community in regard to Yemen,” said Mahesri, a managing partner of Mocha Connection.

The local branch of Mocha Connection started appealing to farmer markets and other outdoor markets to spread the word about their product and more importantly, their cause.

They additionally have an online market where their products can be purchased and shipped around the area.

A problem in Yemen is the growth of Qat, an addictive stimulant that when taken, leaves those under the influence with low productivity and absenteeism. This takes a toll on Yemen’s economy and many who live there.

Ezzi spent 15 years in Yemen talking to locals, observing the challenges they face as well as motivating locals and farmers to make a switch that would benefit those touched by the Qat crisis.

He was looking for an economic opportunity in Yemen to help people move away from using and growing Qat.

“A problem was that there was no long-term incentive to create an economic opportunity for themselves or on their own,” said Mahesri. “They weren’t motivated to move away from Qat.”

Qat is what Mahesri describes as a “cash crop,” which proves to be an issue when convincing farmers to move to an alternative plant. It is difficult to show the long-term benefits of a different crop when Qat is making money for farmers. These farmers are also using water and land to nourish Qat when both are in short supply for locals.

The solution that Ezzi saw was to go back to Yemen’s roots, which had a rich history of growing coffee beans.

“Yemen has a glorious coffee history. The goal was to motivate people to buy coffee instead of Qat,” said Mahesri.

Ezzi and the Mocha Connection currently have 800 farmers and are helping them move from Qat plants to coffee plants, stopping access to Qat. There are now five collection centers around Yemen that connect farmers to the global market while utilizing a fair value purchase system, ensuring that farmers are being paid appropriately.

Each farmer is part of the fair value coffee system. They receive an ID card that ensures protocols are being followed on harvesting and processing the crop. All plants go without pesticides, allowing the natural flavors to come through. It is an incentive-based operation. The more beans and trees planted, the more the farmer stands to make.

The Mocha Connection team has five varieties of  coffee beans. The Mocha Yemini, the bestseller, Mocha Harraz, from the Harraz mountain, Harraz Deluxe, a popular brew that is a red bean mixed with cherries and the Red blend, which is blended with the ripest cherries and dry processed in solar dryers in order to infuse flavors.

As of now, Mocha Connection hopes to expand into local boutiques and to get a subscription service running in the future.

For more information about Mocha Connection, go to https://www.mochaconnection.com.