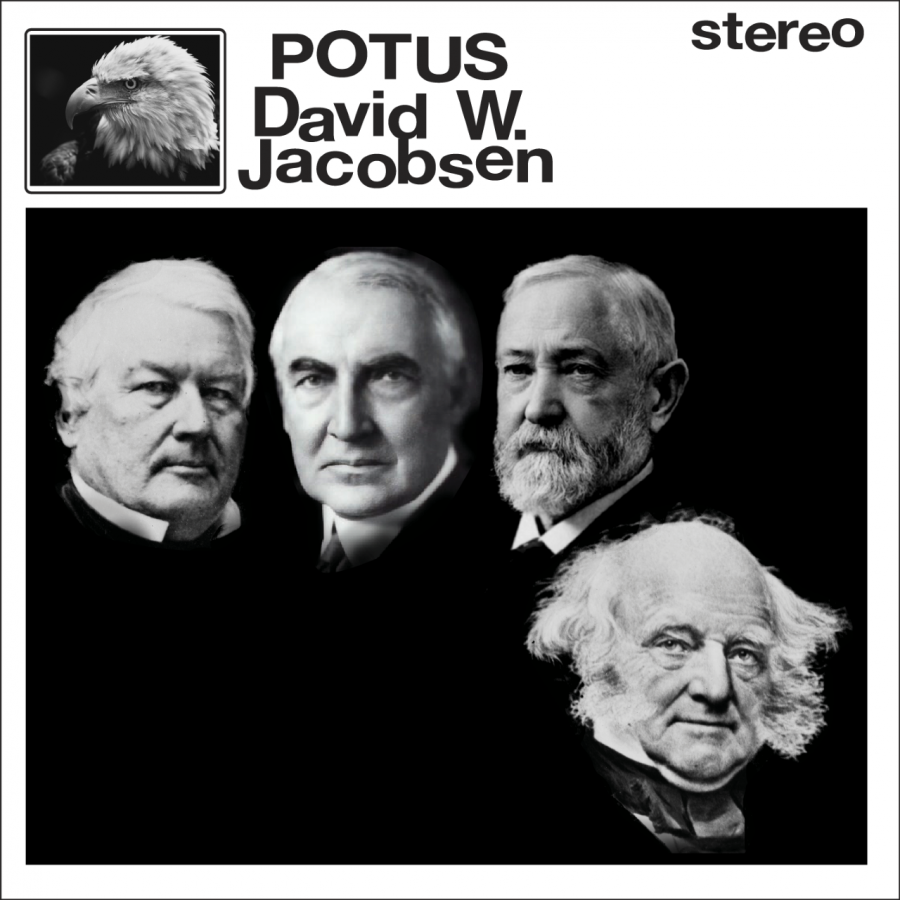 Listen to "POTUS" this Presidents' Day.

In times of global pandemics, and political agony, remaining true to yourself is of the utmost importance.

The album ranges from folk-indie to indie-rock in a tone that seems to be taken straight out of a musical.

Jacobsen, who has been writing music all of his life, writes and records the music himself, wanting to have full control of the situation. He works at a software company by day and writes his music on the side.

He does have friends whose job and life is solely music, but he wanted the freedom to create. At the end of the day, it was his happiness that mattered most to him. Jacobsen found audience expectations to be restricting when their tickets were paying his bills.

“You make a choice and you can make a living in music, but you’re probably not going to be doing exactly what you want to do,” Jacobsen said. “You can afford to create the music you want to create when you have another source of income.”

Jacobsen’s album has the intention of educating his audience about the presidents and their lives. The musical tone and first-person narrative of the album creates a more engaging atmosphere than a history textbook.

The uniqueness and self confidence is shown in “POTUS,” which Jacobsen released in November 2020. He started the album over the last few years, writing songs that were based around the presidents, and recently realized that there might be a concept there.

Sitting down, Jacobsen wrote the rest of the 11 track album, focusing on each of the presidents’ narrative in how he expects they would portray themselves. That being said, he made sure that many of the songs can be seen from an alternative lense. The songs may be based on the presidents, but they offer important life lessons that can be connected to friendship, justice and the trials and tribulations of life.

“There were some parallels to common times. Some of the songs don’t even have to be about presidents. Like the Taft song, it’s about a jilted friendship. The friendship happens to be between William Howard Taft and Theodore Rosevelt, but it could be expressed as something else,” Jacobsen said.

Using humor and storytelling, Jacobsen engages his audience in his unique sound and takes them on a journey through the lives of the leaders that came before us.

“I honestly wanted to create music that interests me,” Jacobsen said.

Over the last two decades, he has released eight albums and two EPs, all with their own style and sound that is original to Jacobsen.

With the struggles of the pandemic and the recent political crisis that accompanied former President Donald Trump’s time in office, we could all use a bit of Jacobsen’s gumption. He remains true to what he wants to write, creating what makes him happy without the influence of audience expectations.

In the upcoming months as we start to come out of the pandemic, and adjust to President Joe Biden’s time in office, it will be important for the country to remain true to itself, and for citizens to uphold the originality that Jacobsen shows.

Jacobsen’s album is an inspiration for future songwriters to share the experiences and document the ongoing narrative of history. Trump’s presidency was a rollercoaster of experiences that will go down in history and have already been the cause of many works of music, art and literature.

The album art of “POTUS” features four presidents who were not mentioned in the album but Jacobsen wanted to showcase. The organization of the presidents on the cover is a note to the Beatles first album, “Meet the Beatles.”