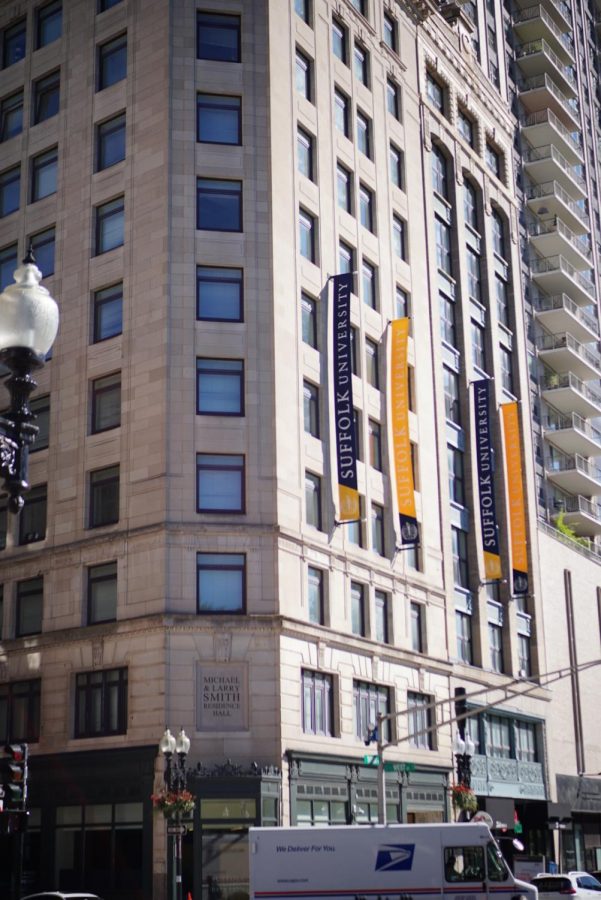 With the Suffolk University class of 2020 graduating during a major economic crisis caused by the pandemic, many are struggling to find a job in their desired field. Some have also said that Suffolk’s Center for Career Education and Professional Development should be doing more to help them in their career search.

Catherine Seaver, who graduated with a degree in government, was able to secure a job after a difficult search process.

“I got the job with not much support from the university,” Seaver said.

Seaver said Suffolk’s only contact with recent graduates about employment since graduation has been career and educational outcome surveys. They received these surveys via email, the most recent survey coming in November.

According to David Merry, who joined Suffolk in July as executive director of the Center for Career Education and Professional Development, the survey sent to 2020 graduates was conducted by institutional research and is similar to one done by almost all schools to determine the efficacy of that school’s degree. The results are used by the center in its research, however, the November survey has not yet been completed.

“The first destination survey is done each year,” Merry said. “It’s value is in that consistency.”

Leah Grannum also graduated in 2020 with a government degree from Suffolk. She said she was unhappy with the outcomes survey being sent at a time when so many students are struggling to find jobs.

“I think it felt like the email with the survey was insensitive,” Grannum said in an interview with The Suffolk Journal. “[The survey] was close-ended and not reflective of what we’re going through right now. … It felt like it didn’t come from a genuine place of concern.”

Grannum said this made her frustrated with the survey, and did not fill it out.

“The question in the survey didn’t really fit for me,” Grannum said. “I’m employed but not an employee.”

Grannum is not currently working full time and is working what she said is equivalent to an internship as she studies for her masters at Northeastern University. She too added that the survey was the only time she had heard from Suffolk in a non-educational related matter since leaving campus in March.

Cat Protano also felt that there should have been more questions given the circumstances students have faced since graduation.

Protano, who graduated from Suffolk with a journalism degree, found work in voice acting after graduating. She said that most of the people she knows from the class of 2020 are not working, not working in the field they studied for or are not in a solid position within their company, which Seaver also said was common among graduates she knew.

Some students took to Twitter to voice frustration over the survey after an article was posted on Suffolk’s website in June. Titled “Welcome Aboard,” the piece highlighted alumni finding work in the pandemic.

Seaver and others saw the article as insensitive to many of the recent alumni who were unemployed at the time.

“I am genuinely disappointed in Suffolk for creating this,” Seaver said on her Instagram story the day the article was published on Suffolks website.

The article was met with an email to Greg Gatlin, the vice president of communication for Suffolk showcasing recent Suffolk alumni who have been employed during the pandemic

On June 24, Grace Wyszkowski, who was an interior design major at Suffolk and graduated this year, sent an email asking for the article to be taken down.

“I admire the effort behind the page, but I wanted to share my thoughts, as a recent graduate, who has many connections with fellow graduates from Suffolk University,” Wyszkowski said in the email.

“Quite frankly, 90% of the people I know are still jobless, have been forced to live off of unemployment, move back home, have applied to dozens of jobs with no response, and have received minimal support,” she continued. “Only two people I graduated with from within my major ended up being employed.”

“I believe this page, while it is great to recognize the accomplishments of others, is insensitive to the majority of college students who graduated from Suffolk University.,” Wyszkowski said.

However, she was “amongst many who graduated with no job lined up and zero support focused on their major or career path,”  she said in the email.

Wyszkowski said that she believed the article would have a negative effect on Suffolk graduates who were in the job search, and that the school would have been better served to publish a webpage detailing helpful resources 2020 graduates can access to find a job.

Although none of them contacted career services for support, Seaver, Grannum and Protano all believe that the university should have reached out to recent alumni in some way to show their support.

“Given the circumstances, Suffolk should have felt a responsibility to support students during a difficult time,” said Seaver. “I absolutely would have liked the school to provide some resources, not necessarily to hold our hand, but I would have liked that at this moment.”

“It’s sad because I loved my time at Suffolk. I feel like we left campus in March and they forgot about us,” Protrano said. She added that she does still keep in contact with some of her professors, despite not working in the field of journalism.

Charles Tang, who graduated from Suffolk in December 2019, said that his trips to the career center during his time at Suffolk never left him with any valuable information.

“The counselors sounded like they were reading from a script,” Tang said about his two trips to career services in his time at Suffolk.

Tang said he wishes that more professors were involved in the center, as he said that he got much more valuable information from them.

Despite this, Tang said that he still wishes career services reached out to him after graduation.

“Although, I don’t know what they could’ve done for me,” he said.

Merry said the career center mostly reaches out to current students and soon-to-be graduates, but that its services are available to alumni who need help in their career search.

Merry also said that the center is expanding from what he called a “nimble and small team,” and is hiring two full-time employees working specifically on alumni career engagement, which is tailored toward people looking for career advice both early and later in their post graduate careers.

“We’re hoping to have much more productive outreach with these new additions,” Merry said.

Merry said the career center utilizes the job and internship search app Handshake for their database, and that Suffolk’s Advancement Office manages communication to alumni.

Alumni can activate their Handshake in order to better take advantage of what career services have to offer, Merry said. He also encouraged current students and graduates to reach out to the career center.

“I want students to know and take advantage of the center’s services,” Merry said.