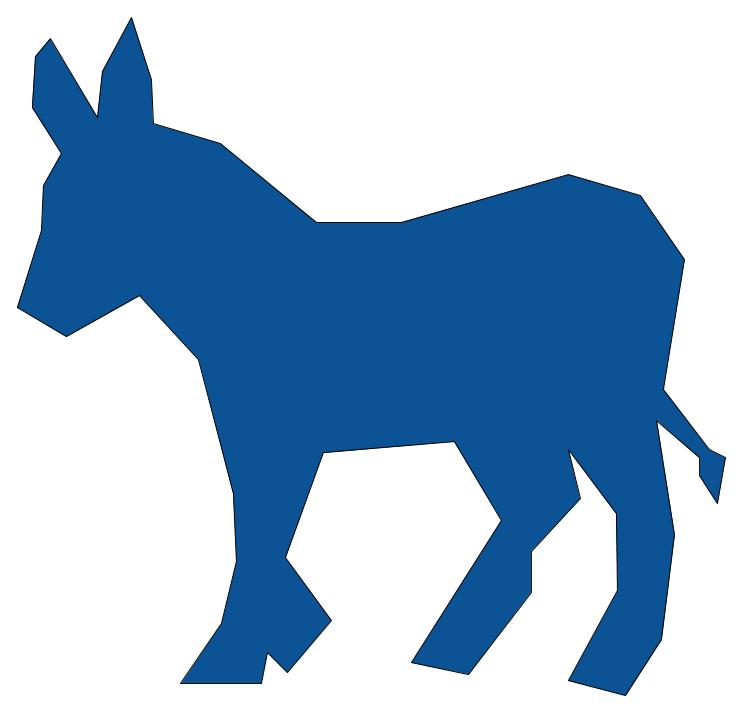 The donkey has been a symbol of the democratic party for over a century. Via Wikimedia Commons

Democrats hoped for a “Blue Wave” in the November election to keep the House of Representatives and win back the Senate and the presidency. While former Vice President Joe Biden won the White House, the party lost seats in the House, and control of the Senate will now come down to a January runoff election in Georgia.

The Brookings Institute reported that Democrats blamed this for  a variety of reasons, but many centrist members argued that it was because of progressives who embraced more leftist ideas, such as Medicare for all and defunding the police. Moderates in the Democratic Party argued that these policy stances pushed away centrist voters.

However, many of these ideas remain popular, especially among young people. A poll performed by the Pew Research Center found that the majority of Democrats support Medicare for all, and the support is strongest in younger age groups.

While young people and students have historically been a reliable voting group for the Democratic Party, the question has become if the party is actually representative of what students really want.

Suffolk senior Lukas Phipps expressed some of his concerns with the future of the party.

“I am worried about the Democratic Party not responding to the immediate needs of its constituents as fast as it could,” Phipps said. “I think some simple fixes could be reducing student loan debt or closing detention centers on the southern border.”

One element that could prove important to the future of the party is who President-elect Joe Biden appoints for his cabinet. As the New York Times reported, the cabinet picks could be telling of what his administration will prioritize in the White House, but some potential picks have already drawn fire from both progressive and moderate democrats.

According to the New York Times, Biden’s former Chief of Staff Bruce Reed was considered for the position of Treasury Secretary. Because of his centrist background, Reed has come under fire from progressive members of Congress such as Representative Alexandria Ocasio-Cortez.

Phipps expressed some concerns about a few of the Biden administration’s cabinet appointments.

“Today’s [political] center is much further to the right than it was 20 years ago,” Phipps said. “I’m worried that the Biden Administration if it continues with business as usual with cabinet picks, may not move it back as much as they need to.”

Suffolk freshman and undergraduate law major Stephen Merrick was pleased with Biden’s cabinet pick so far, but also noted that Biden still had some important roles to fill.

“What I’m really curious about is who he chooses for secretary of defense,” Merrick said. “I think that’s traditionally a more conservative role, but he’s been getting a lot of calls to add more progressives.”

On December 7, Biden picked Retired General Lloyd Austin to serve as Secretary Of Defense. If confirmed, Austin will be the first Black person to serve in the position.

While Merrick is happy with the party and Biden’s platform as a whole, he did indicate that he would like Democrats and the Biden administration to integrate a few more progressive policies in certain areas.