Suffolk community weighs in on possibility of football team 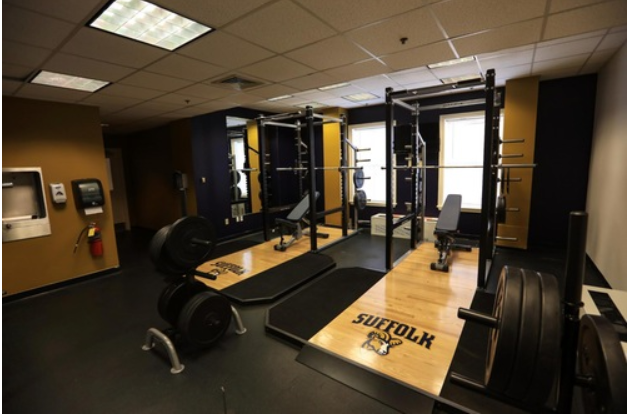 Earlier this year, Suffolk University joined the Coastal Commonwealth Conference (CCC) after previously being a part of the Great Northeast Athletic Conference (GNAC).

Unlike the past conference, the CCC includes football as a scholastic sport, with eight teams in the New England area competing. Many members of the Suffolk community have weighed in on the possibility of Suffolk joining this number in the future.

Suffolk Athletic Director Cary McConnell said that the school has no plans to add a football team to their list of programs.

“Yes, The CCC offers football, but there are other institutions in the CCC that do not have football,” said McConnell. “So there is no conference pressure to add it to Suffolk.”McConnell went on to say, “As an athletic department we will always look for possible new opportunities to offer our students, but currently football is not an opportunity we are considering.”

Though McConnell made it clear that football is not in Suffolk’s future plans, plenty of students across campus feel like having a football team could be extremely beneficial.

“Football can foster a sense of community that Suffolk might be missing as a lot of people feel that it can be hard to create that sense of school pride at a small city school,” said Paige D’Ambrosio, a junior at Suffolk. “It would give more opportunities to several clubs as well, like the cheerleading and dance teams as well as the broadcasting and CJN departments.”

Liam O’Toole, a Junior at Suffolk, was a member of his high schools’ football team. He expressed that the lack of a football program at Suffolk almost led to him attending a different school.

“As someone who played football in high school, I would have loved to play here if Suffolk had one,” O’Toole said.  “I almost didn’t attend Suffolk to go play football at a different school. If there was a team maybe you’d see enrollment go up. It would definitely boost school spirit.”

It’s clear that many across the Suffolk University campus view this possibility as something that could be extremely beneficial in multiple facets, but others do not agree.

Some students at Suffolk feel as if adding a football team would be putting resources and money into something that it doesn’t need, especially since some sports teams already lack facilities that are needed.

“We have no facilities for the sports we do have already.” said Emily Maguire, a student at Suffolk.

Former Suffolk athlete and alumni Charles Tang said, “Division 3 athletics spending should be focused on maximizing the number of students we can get involved with the amount of money we’re spending, said Tang. “Football is relatively expensive compared to something like badminton or soccer.”

In a poll taken on social media to see whether Suffolk students were in favor of adding a football team or not, 56% of students voted yes, while 44% voted no.

A slim majority of Suffolk students seem to favor adding a football team to the school, even though that is still unlikely to happen anytime soon.