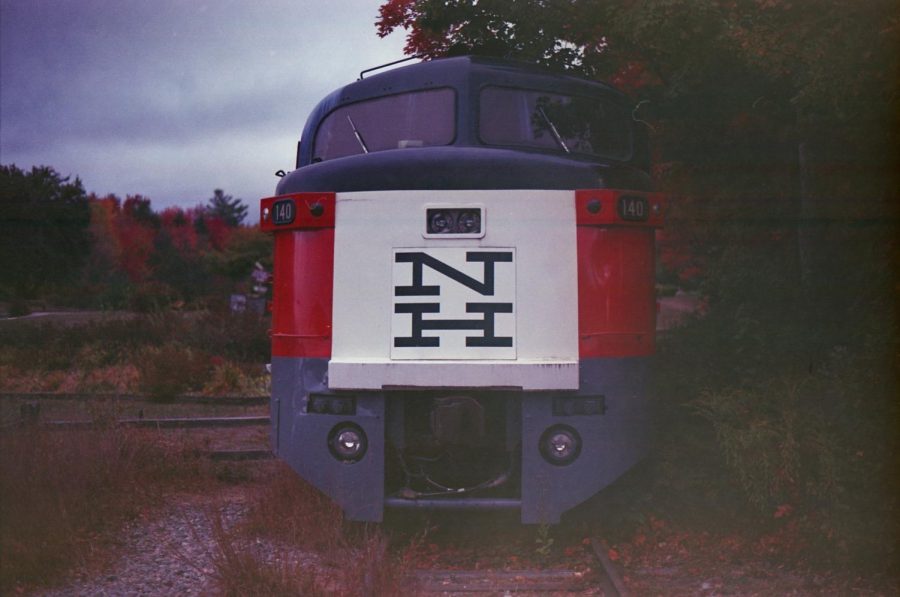 Film photography has made sort of a comeback. Go on YouTube and you’ll find tons of videos about film photography, film camera reviews, film stock reviews, etc. More people are trading in their Instagram filters for disposable cameras by Fuji and Kodak; something that seemed impossible a decade ago.

But if you want to really learn the art of film photography you need to put down the disposables. They’re bad for the environment because many of the plastic parts cannot be reused, meaning that parts will sit in landfills for generations to come.

If you’re looking for a more sustainable and fun way to dive into film photography, here’s how to get started.

First off, you need to understand that every camera is different and requires some learning, as well as weird batteries that are usually inexpensive on Amazon.

There are three main types of cameras I would recommend for people who want to get into film. Each has their own unique style of shooting, but for beginners, one is not necessarily better than the other.

I would say if you want DSLR-like features, go with a late 90s to early 2000s Canon, usually from the EOS series. They look like DSLR cameras, but they’re very user friendly. I got my Canon EOS 300 for $15 and then got a 50mm F1.8 autofocus lens for around $60.

The second kind I would look for are older SLRs from the 60s, 70s and 80s. These cameras are less user friendly, but are aesthetically pleasing and are what most people think of when  a 35mm film camera comes to mind.

I own at least one of most of these cameras and I’ve personally never paid over $15 for any of them, so you just have to constantly look at Facebook Marketplace, flea markets, yard sales and thrift shops for the best deal.

Make sure you’re getting a 50mm lens, usually at F2.0 or lower, if you can, and not a zoom lens because those can be poor quality. The 35mm lens is also a good focal length to start with.

The third category, besides rangefinders, are point and shoots. These are tricky because they’re usually fully electronic and can stop working for no reason. However, these are the closest experience-wise to the popular, but environmentally costly, disposable cameras.

Olympus makes great point and shoots but they’re expensive these days because YouTubers have given them clout in the film world, but it is possible to find them for cheap.

I got my Olympus Infinity Junior for $1 at a flea market and my girlfriend got me an Olympus Stylus Zoom for $2.99 at Savers.

I’d also recommend Canon Autoboys/Sure Shot and Nikon AF line cameras. These often have good lenses. I’d stay away from zoom lenses with point and shoots because the low light performance can be poor. If the camera says f3.5 or lower, it’s got a pretty good lens. Most point and shoots are 35mm focal length, but I do own some that are 28mm or even 38mm.

If the seller knows what they have, ask about the light meter and light seals. If they don’t know, I’d stay away from the cameras that are over $20-$25, depending on the type of camera.

Bad light seals can lead to light leaks and blank rolls. Light meters just make it harder to shoot because it’s hard to tell if you’re getting the correct exposure. Always run a cheap test roll before you go take pictures of anything important like a big trip or wedding to make sure everything works and the photos are of good quality. I usually take test photos of my girlfriend or my dog.

For anyone in Boston, negatives can be developed at Colortek near South Station. I think Colortek uses develop and scan, but there are good photo scanners out there that can be found on Amazon and even some mobile apps have this capability. .

You can also mail out to get film developed from sites like thedarkroom.com. Any method is around $10 to get developed and extra to get scans. Always try to get negatives back. CVS does not give back negatives so I usually stay away from them.

But, as a segway, CVS does sell film. I often buy Fuji Superia 400, which is abasic film sold in most CVS stores. It’s the same film stock Fuji uses in their disposables.

Another good choice for cheap film is Kodak Colorplus 200. It’s really cheap on Amazon. I prefer to get 36 exposure rolls because I think it’s more bang for buck, but it’s a personal preference.

A good, more expensive film stock is Kodak Portra 400 and 800, which you can buy on Amazon or at a Hunt’s Photo and Video location in the Boston area. The higher the numbers of the ISO, the better low-light performance. However, research your camera model to make sure your camera supports the higher ISO films.

In terms of how to use the cameras, I’d check out Willem Verbeek and Kingjvpes on YouTube. They have good reviews and “how to” videos and it’s so much easier to understand the process of loading, shooting and winding film if you get a visual.