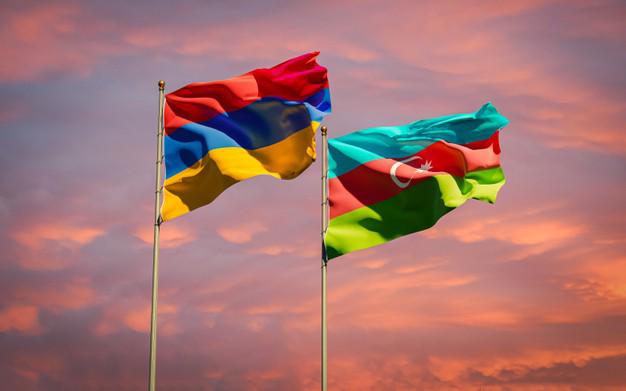 Flags of Armenia and Azerbaijan stand next to each other

The ceasefire was addressed by the Russian government as a “peace deal,”  in contrast to the various earlier ceasefires, which were imposed and later violated throughout the war, according to France 24.

During the first few weeks of the war, Armenia made significant advancements in the region, reclaiming the regions of Kalbajar, Lachin, Qubadli, Zanglian, Jabrayil, Fuzuli and Agdam. They did so while suffering considerably less casualties than Azerbaijan, Al Jazeera reports.

A significant turning point in the war came when Azerbaijan launched a major offensive on the Armenian populated city of Shushi, beginning one of the deadliest periods of the war.

According to Human Rights Watch, the violence lasted for over a month, and was marked with repeated shellings, the usage of drone strikes and cluster bombs against the ethnic Armenian population of Nagorno-Karabakh by the Azeri government. There also were various strategic missile attacks from Armenia on the Azeri city of Ganja.

Eurasian Times stated that Azerbaijan received military support from the Turkish army, mercenaries from the Free Syrian army, as well as weapon supplies from Pakistan and Israel. Armenia, on the other hand, was fighting the war alone, with only a little aid from countries such as Russia, France, Iran, Cyprus and Greece, according to the Greek City Times.

Numerous countries and the United Nations condemned the fighting and called on both sides to de-escalate tensions and resume meaningful negotiations without delay, reports France 24.

However, various ceasefires imposed by Russia, France and the United States have all been violated, according to BBC. Following the capture of Shushi, the treaty was signed by all three leaders ending the hostilities.

BBC reports that the treaty states that Russian “peacekeeping” troops would be deployed to the border areas and the region of Nagorno-Karabakh along with its capital, Stepanakert, would remain under Armenian control; all the other regions in between would return to Azerbaijan.

This sparked massive protests at the Armenian parliament building in the capital of Yerevan, as many Armenians felt that their Prime Minister Pashinyan had let them down and “sold them out to the enemy,” reports Eurasianet.

Suffolk University student George Yeghyayan has been very busy attending protests to spread awareness on the war and raise money through donations to provide supplies to Armenia and the Armenians of Nagorno-Karabakh.

At a Nov. 12 Suffolk Student Government Association meeting, Yeghyayan condemned what he refers to as the inaction of many “social media activists” in regards to the crimes against Armenians.

NPR reports that many Armenians accused Russia of “stabbing them in the back,” while comparing Putin to dictator Josef Stalin, who was the root of the Nagorno-Karabakh conflict. He divided Armenian lands in the 1920s to keep good relations with the Turks. Various Armenians in the diaspora across the world also called on Pashinyan to resign.

Various Armenians have blamed the inaction of major powers such as the United Nations and North Atlantic Treaty Organization (NATO), who often condemned the violence rather than figure out a solution. They also criticized news organizations and journalists across the world for reporting on the events far too late, or not at all, according to the Los Angeles Times.

They specifically pointed out what they referred to as a “false equivalency,” by holding the governments of Armenia and Azerbaijan equally accountable, when Azerbaijan was accused of committing the vast majority of war crimes by the Human Rights Watch.

While the war between Armenia and Azerbaijan may have ceased for now, the Nagorno-Karabakh conflict is still as hostile as ever.

“Anyone who says they are an advocate for human rights, or cares about marginalized groups, must respect all of those groups on the same level,” said Yeghyayan.