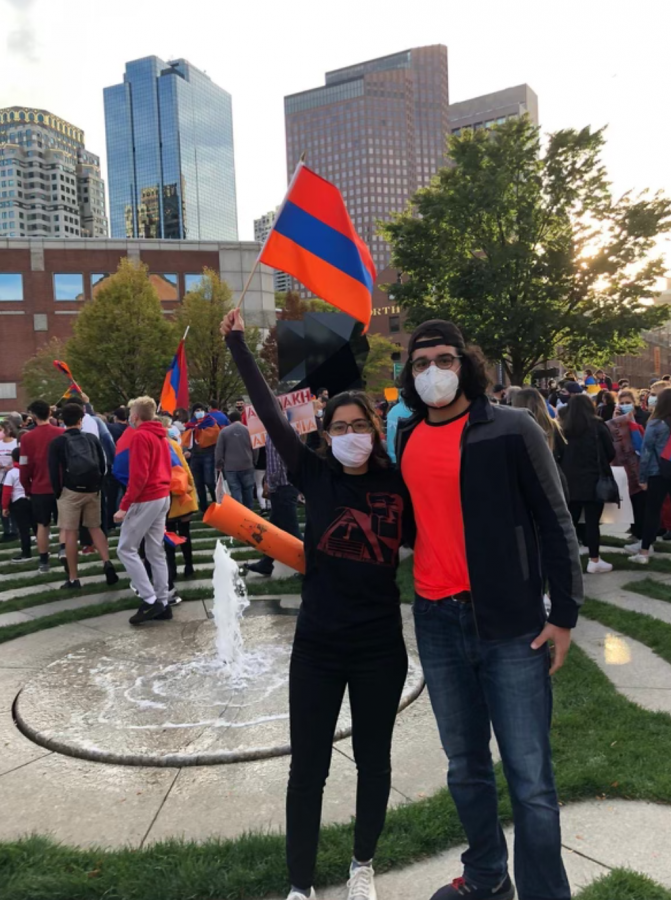 Suffolk junior Haik Semerdjian spent his birthday a bit differently this year. Rather than celebrating with gifts and a cake, he worked to raise money for various funds benefitting Armenia.

Semerdjian decided a week before his Oct. 17 birthday to raise money for the country, which was involved in a conflict with Azerbaijan that has sparked protests in Boston and outcry from Armenians and others around the world.

Armenia and Azerbaijan have experienced decades-long conflict over the territory of Nagorno-Karabakh, a southwestern Azerbaijan territory, according to The New York Times. However, it wasn’t until late September when disputes turned into the worst fighting seen between the two countries since the 1990s.

During the 2020 conflict, Turkey offered support for Azerbaijan, which turned a local dispute into a regional one. Heavy fighting broke out, with both sides blaming each other for the escalation. Issues intensified as both sides used long-range rocket artillery and drones throughout the months of fighting. According to DW, more than 1,000 people have died during the six week period.

Semerdijian, an Armenian himself, saw that Armenia had limited resources and wanted to do what he could to help out. Not only did he raise money, but he also donated winter equipment for troops for the coming winter months.

“There have been numerous documented war crimes committed against Armenians, yet the world turned a blind eye,” said Semerdijian.

This isn’t the first time Armenians have been at odds with Turkey. More than 1.5 million Armenians were killed by the Ottoman Empire (which included modern-day Turkey) during a genocide that spanned from 1914 to 1917.

Not only did Armenians have limited tools during the war this fall, but Turkey was hiring Syrian mercenaries to fight against the country, according to (insert source here) .

An original ceasefire was agreed upon on Oct. 26, but it didn’t last long. The two nations accused each other of violating their agreement quickly after it went into effect, which brought about more fighting.

The war ended on Nov. 9, after a halt to fighting was announced with a peace deal to be in the works. The details of the halt aren’t known yet, leaving Semerdijian unsure how to feel.

“Now I just feel hollow. Not everything is known about how or why it ended. It’s still fresh to me so I’m still gathering my thoughts on that specific matter,” said Semerdijian.

To celebrate a birthday while others laid down their lives for their country didn’t feel right for Semerdijian So he decided to accept the issue for what it was and contribute to the cause and support his fellow Armenians as best as possible.

Some of the inspiration for the fundraising came from Semerdijian’s sister, Ani, and the rest of his family. His family helped get the word out to as many people as possible. A matching fund was set up by Ani, who played a big part in the success of the money raised.

Not only did Semerdijian want to raise money, but he deemed it just as important to educate others on the war. Many people outside of Armenia are unaware of what is happening in the country, especially during the recent war conflict.

While the junior is not currently looking to organize more fundraisers in the future, he said he is very willing to do so. Not only does he plan on participating with fundraisers, but wants to be more involved with it.

“Armenia still needs help even if the war is over. Even though I’m not currently actively fundraising, I am always looking to accept more to donate and will do so hastily if money is donated,” said Semerdijian.

If anyone is looking to contribute, you can do so by sending a donation to Semerdijian’s Venmo account, @hss_10.