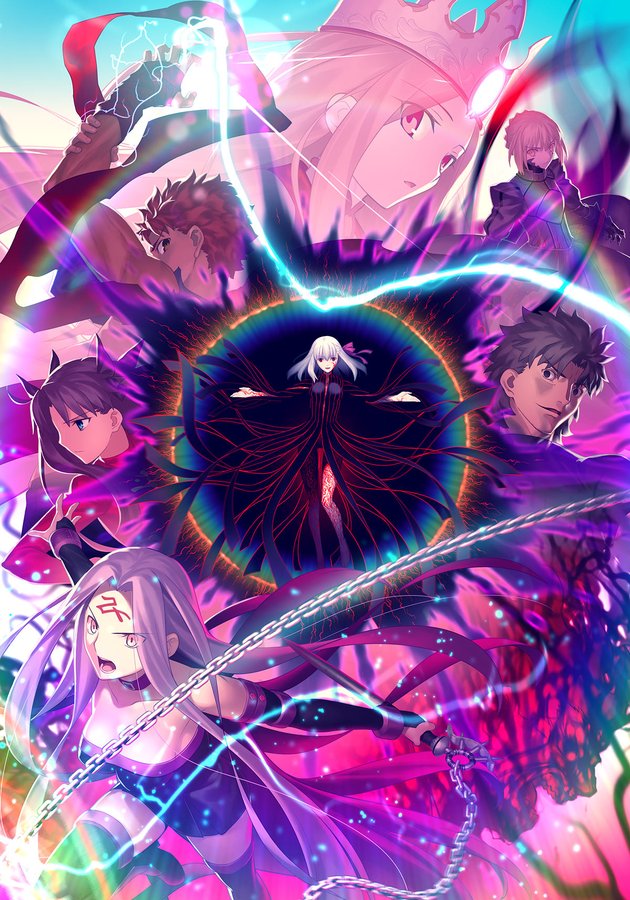 The temporary ending of the anime “Fate/Stay Night” has come, and the last installment of a trilogy from the well-known franchise will premiere in the U.S. this week.

“Fate/Stay Night” is an adult visual novel developed by Type-Moon, a video game and publishing company. There are a couple of adaptations of the “Fate/Stay Night” trilogy, but the important ones are the 2006 version by Studio Dean, as well as the 2014 and 2020 version by Ufotable.

The plot focuses on a young high schooler in Japan, named Shirou Emiya, who becomes a warrior and a mage in a battle between “servants” known as the Holy Grail War. Through each route, Shirou bonds with a heroine and confronts different mages who participate in the war. Depending on who the main character bonds with, the story flows for the better or worse.

Different versions adapt different routes of the plotline: from the oldest version to the newest version, the Fate route, Unlimited Bladework route and Heaven’s Feel route.

It is recommended that audiences have some prior knowledge or have watched the prequel, “Fate/Zero,” before diving into “Fate/Stay Night.” After watching the “Fate/Stay Night” series, one can also watch varieties of spin-offs with different genres, such as “Fate/Kaleid,” which is a magical girl show, and “Today’s Menu for the Emiya Family” which is a cooking show.

The constantly expanding lore of this franchise is one of many reasons why people tune into it. Masters or participants summon their servants, which are spirits of a real person in history, fictional characters, or a combination of both to participate in a Holy Grail War to obtain a wish.

Servants usually are put into classes such as Saber, Archer, Lancer, Caster, Assassin, Rider and Berserker. Usually, spirits are in one or more of the classes due to the perception of them or the things they did when they were alive. Famous servants include a female version of King Arthur, also known as Arthuria, Alexander the Great, William Shakespeare and Medusa.

The core of all three routes is the main female characters. If Shirou chooses King Arthuria or Saber, the story will be about accepting the past and end with the tragedy of a love that could never be. Although they believe that their respective goals are unreachable, both continue along their journey.

If he chooses Rin, the story will be filled with action and fantasy fight scenes equivalent to an American TV show. During the war, Rin follows Shirou’s ideal of becoming an ally of justice, but the table turns in the end as Rin gets to lead and Shirou is by her side.

If he chooses Sakura, he will have to abandon everything, including his desire to save her from evil. This route is considered to be a fantasy and horror route because there are many gruesome scenes including rape and cannibalism.

Another reason that the show has been great are the heroines: Saber, Rin and Sakura.

The three of them together with Shirou represent different kinds of love: childish, real and one-sided love. They do not just lead the main character into a different life; they have different personalities that are always interesting to watch.

One of the themes that the show explores is the bond of siblings. Rin and Sakura are raised in different clans due to a deal their father made, and they are only united after Shirou sacrifices himself for Sakura in Heaven’s Feel route.

There is a touching scene at the end of the third movie that shows the tight bond they now have because of Shirou. There are a couple of scenes between Shirou and Ilya, a creation that was made to

be a host of the grail and Shirou’s adoptive sister, too, but they often switch the roles between who gets to be an older sibling and who got to risk themselves for the other’s safety.

“Fate/Stay Night” is not only about the evolution of ideals, but the transformation of traumas that cause those ideals.

If there is one thing audiences should take away from “Fate/Stay Night,” it is that “fighting for others, but not yourself, is nothing but hypocrisy,” words that were spoken by Archer, one of the servants and antagonists.