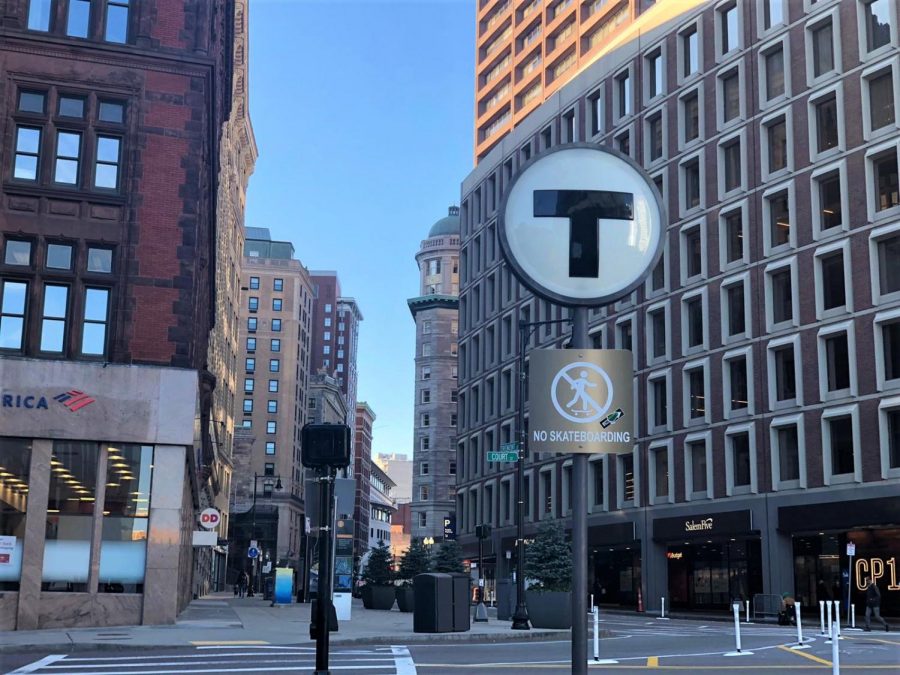 The MBTA has drafted a plan that could pose significant changes to all of its public transportation systems — including how you might get to and from campus — in order to avoid facing a significant budget deficit.

The authority estimated that the budget gap could be as high as $579 million.

If implemented, ferry service would be eliminated entirely. The commuter rail would cease operations at 9 p.m. on weekdays, and not run at all on the weekends. Six commuter rail stops would be closed. The subway would stop running at midnight, and subway frequency would be reduced. The E Branch of the Green Line would terminate service at Brigham Circle, and 25 bus routes would be eliminated. Bus frequency would also be reduced, too.

These changes, if approved, would take effect in mid-2021.

The COVID-19 pandemic has had a catastrophic effect on MBTA revenue, as fewer people are going out and taking public transportation. According to the Boston Globe, ridership levels are still down about 75% compared to pre-pandemic numbers.

“Four months after Massachusetts began reopening following the COVID-19 lockdown, the T is still only transporting about 330,000 trips on an average weekday, but it’s running roughly the same level of service as it ran to serve 1.26 million trips prior to the pandemic,” said Steve Poftak, MBTA General Manager, in a video posted to Twitter that explained the proposed cuts. “This level of service delivery, along with the loss in revenue, is not sustainable.”

The MBTA hopes that by implementing these measures now, they can begin to close the budget gap they’re facing.

They’ve already exhausted $827 million from the federal CARES Act to try and offset some expenses, but Poftak says that’s not enough.

However, the drastic cuts are alarming to many. Suffolk junior Jacqueline Lainez takes the commuter rail to get to campus, and she finds the MBTA’s proposal disappointing.

“Many public transportation users are college students that live paycheck to paycheck, families in lower income or gentrified neighborhoods, or people in general just trying to get by,” she said. “Having a reliable public transportation system that won’t cut back and limit what these people can do in Boston is something that’s always going to be needed in Massachusetts.”

Lainez believes there are other ways the MBTA can make up for their revenue loss without negatively impacting public transit users. She suggests hosting fundraising events or seeking funding and grants from any source.

“Massachusetts had plenty of funding for COVID related things, surely there must be a way to fund public transportation, which is a basic necessity,” said Lainez.

Boston Mayor Marty Walsh pointed out that the MBTA is not the only service grappling with a budget gap during this time, and that these drastic cuts will hinder economic recovery.

“This is not the right way to move forward,” Walsh tweeted. “These cuts undermine our COVID-19 response and hurt the essential and frontline workers who have the fewest transportation options.”

Poftak, however, insists that these cuts are necessary and that those who rely on public transportation won’t suffer as a result.

“Even with these reductions, we will still retain a significant portion of service hours,” he said.

The MBTA is collecting public feedback on their proposed cuts from now until early December, including holding a series of public meetings and having an online comment form.

A final decision on the proposal will be made in December, and would take effect between the spring and summer of 2021.