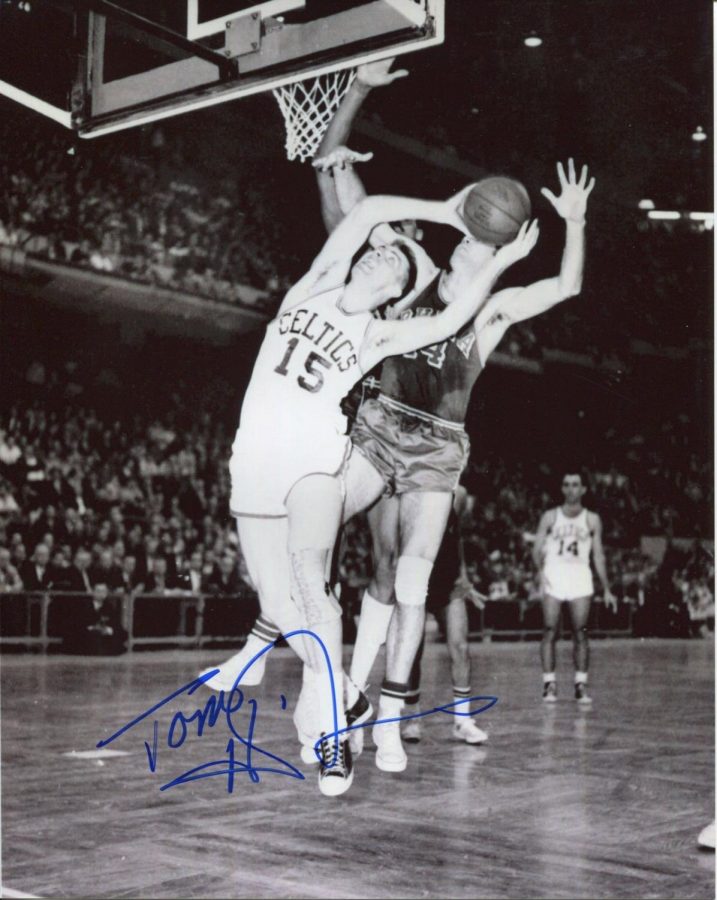 Former Celtics player, coach and broadcaster Tommy Heinsohn died at the age of 86 on Tuesday.

“Tommy is the embodiment of Celtic Pride,” the Celtics said in a statement. “He is the spirit of the entire organization. He is the single-most devoted figure in franchise history. And he always will be.”

In his playing career during the 1950s and 60s, Heinsohn was the glue guy among stars like Bill Russell and Bob Cousy. He didn’t get the same recognition as those stars, but he was instrumental to the Celtics’ success as a team.

“He had the misfortune of playing behind a couple of show-offs named Russell and Cousy,” said Hall of Fame point guard Bob Cousy in an interview with NBC Sports Boston.

Heinsohn finished his playing days with eight championships as a Celtic, to go along with his career average of 18.6 points and 8.8 rebounds a game. His incredible success and importance to the team resulted in the retirement of his number 15 jersey, which still hangs in the rafters of TD Garden today.

Heinsohn didn’t go anywhere after his playing days, as he went on to add two more championships as the Celtics head coach in 1974 and 1976, as well as the NBA’s coach of the year award in 1973.

The next phase of his journey with the team was as a broadcaster, which is what many of today’s younger generation will remember him as. From 1981 until this past season, the voices of Mike Gorman and Tommy Heinsohn ran through every household on Celtics game day, as they served as the NBC Sports Celtics announcers for 39 years together.

“Roughly 2,800 times I sat down with Tommy to broadcast a game. Every time it was special. HOF player…HOF Coach…HOF partner. Celtics nation has lost its finest voice,” Gorman said in a statement. “Rest in peace my friend. It has been the privilege of my professional life to be the Mike in Mike and Tommy.”

Heinsohn on the broadcast was seen as one of the most biased callers in the league, which was a big reason why Celtics fans loved him so much. It seemed like every game Heinsohn was screaming about an awful call by a referee, even if they were correct.

“Hopefully he’ll rest in peace, unless they put him anywhere near the officials,” Gorman said in an interview with NBC Sports Boston on Tuesday. “Then he’ll have a real problem.”

Heinsohn also loved to compare current Celtics players to all time greats, even if they weren’t close. In a game in 2012, Heinsohn compared Celtics center Greg Stiemsma to legendary center Bill Russell during a broadcast.

“This kid’s got the same timing as Russell,” Heinsohn said at the time. It’s safe to say Stiemsma didn’t pan out anywhere close to the player as Russell, but Heinsohn would always find a way to see a glimpse of some of the greats in anyone who wore Celtics green.

One of the things Celtics fans looked forward to every game was finding out who would get the “Tommy point.” This award was given out after every game by Heinsohn to honor a player on the Celtics who played with the most heart and grit, which is exactly what Tommy embodied while he was with the Celtics.

In his 64 years involved with the team, Heinsohn is the only player in team history to be involved with all 17 championships. He will forever be remembered as a Celtics legend and his presence around the team will be missed.