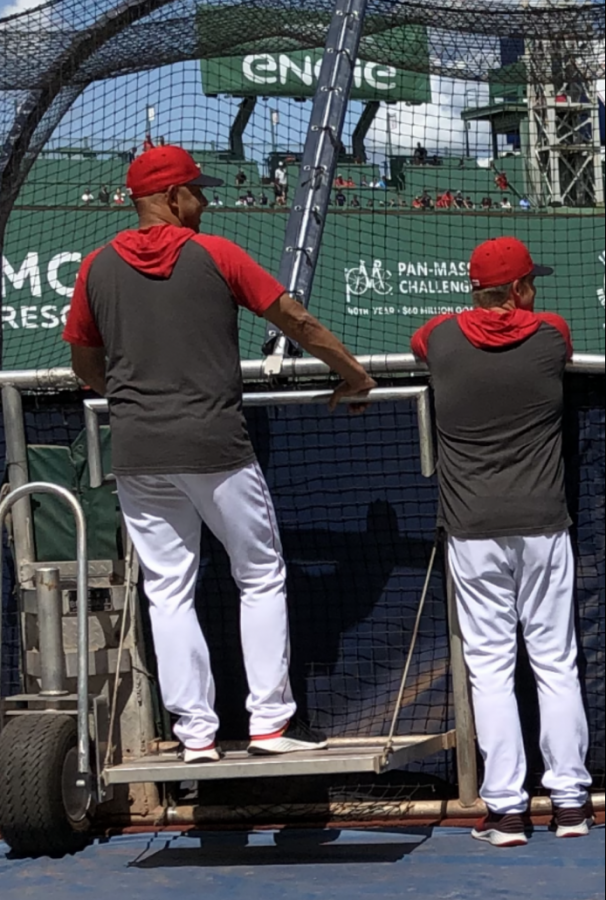 The Boston Red Sox have reportedly re-hired Alex Cora as the team’s manager, according to MLB Network’s Jon Heyman.

Cora was fired by Boston at the end of the 2019 season due to his role in the infamous sign stealing scandal with the Houston Astros in 2017. Cora, who was the Astors bench coach at the time, and former Astros manager A.J. Hinch were suspended for the 2020 season. Both men were fired by their respective franchises.

The Red Sox issued a statement explaining their decision to move on from Cora at the end of the 2019 season.

“Given the findings and the commissioner’s ruling, we collectively decided that it would not be possible for Alex to effectively lead the club going forward and we mutually agreed to part ways,” the statement said.

Cora’s suspension ended just days after the Dodgers World Series win, and it seemed inevitable that he and the Red Sox would once again reconnect.

In the 2020 season, the Red Sox were led by interim manager Ron Roenicke. After a disappointing season where Boston finished last in the American League East with a 24-36 record, the team decided to move on from Roenicke and look for a new manager.

At the beginning of the offseason, Jon Heyman reported that the Red Sox had narrowed down their manager search to five candidates: Sam Fuld, James Rowson, Carlos Mendoza, Don Kelly and Alex Cora.

Just a few days later, Heyman reported that the manager search was narrowed down again to Sam Fuld and Alex Cora.

But Cora has an unusual ability to connect with his players that not many managers have. “I’ve talked to him a couple of times since the news came out. It’s just sad. It’s just sad that he won’t be our manager,” Bogaerts said after Cora was fired by the team following the 2019 season. “As I said, just the person that he was to us, there can’t be anyone in that clubhouse that has an issue with him or something bad to say about him.

Red Sox pitcher Eduardo Rodriguez shared an Instagram post on November 6th of the two holding the 2018 World Series trophy with the caption, “Bienvenido de Vuelta Hermano,” which translates to “Welcome back brother.”

In his first year with Boston in 2018, Cora led Boston to a 108-54 record and a World Series championship, giving the Sox their winningest season in team history.

Now that he’s back in charge, he hopes to get things back on track after the team’s abysmal performance without him, and it’s safe to say he has Red Sox nation and the city of Boston behind him.