Athletes at Suffolk, in the nation mobilized to get out the vote this election season 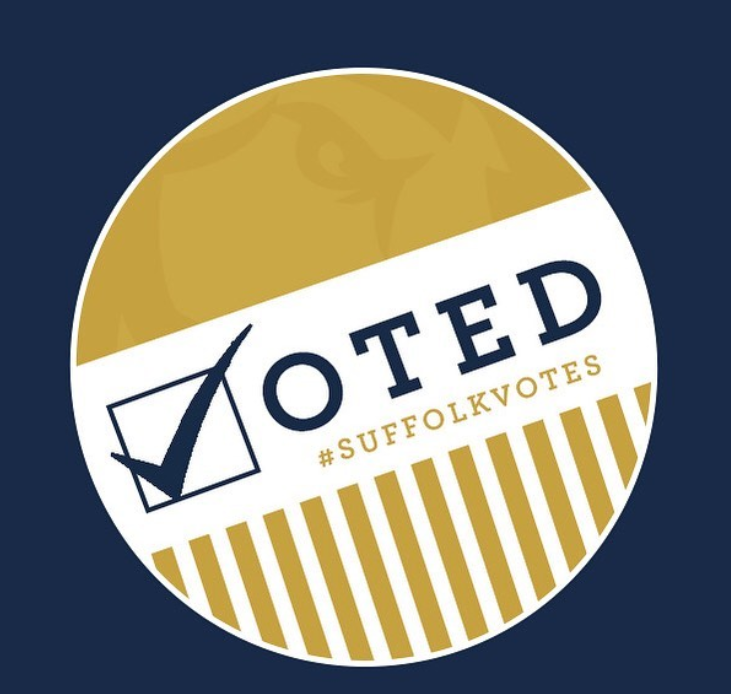 As the 2020 Presidential Election comes to a close, athletes are using their platform to encourage voting in their communities.

The Washington Post reported that the U.S. shattered early voting records prior to election day, with 47 million Americans voting as of October 22. As of Nov. 3, an estimated 101 million Americans had voted early.

Liv Sargent, a freshman public relations major at Suffolk, is a member of the women’s volleyball team. She said she feels that Suffolk’s athletic department did a good job encouraging athletes to vote.

“For example, there was a story on the athletic department Instagram page showing athletes from different Suffolk sports teams explaining why they are voting and why it’s so important to vote in the upcoming election,” Sargent said.

Sargent voted on Oct. 15 through an absentee ballot, and partially credits the athletic department at Suffolk for getting her to vote early.

“Many members of our team are on the Student Athlete Advisory Council (S.A.A.C) so they encourage us to get out and vote as well,” she continued.

Sargent feels confident in knowing that her school’s athletic department supports its  student athletes getting out and voting. She feels that there aren’t any biases towards who students are voting for. Rather, the department just wanted to push student athletes to actually vote.

“I wouldn’t say that the elections have changed team unity negatively. I would say that most of us, if not all of us, have the same political beliefs,” Sargent said.

National and collegiate athletic teams have also encouraged their players to register themselves and vote.

Numerous NBA athletes, such as LeBron James, Chris Paul and Mohamed “Mo” Bamba, have gone on their social media accounts to engage with fans by encouraging them to go out and vote. Throughout the recent NBA season, many players were seen wearing shirts that said “Vote” on the back of it during games and at practices.

The NBA didn’t stop there. With only 22% of its members voting in the 2016 election, they wanted to improve their turnout. Athletes collectively came together to use their influence to not only ensure that they were voting, but to also make sure their fans were.

22 out of 30 NBA teams have transformed their practice facilities or arenas into polling stations. This is the single largest political effort executed by a professional sports league ever recorded, according to The Washington Post.

In Boston, the Red Sox turned the iconic Fenway Park into an early voting station for Oct. 17 and 18. This was especially exciting because Fenway Park was closed to fans during this year’s baseball season as a result of the COVID-19 pandemic.

The Red Sox partnered with city election officials to allow voting at the ballpark. Residents from any Boston neighborhood could have cast their vote at Fenway.

After voting, participants would receive a sticker saying “I Voted at Fenway.” Voters were also given the opportunity to get a view of the field briefly before exiting the arena, CBSN Boston stated.

“I personally want to see the voter turnout be historic. I want to see historic numbers not just for people my age but for people, period,” Bamba told The Washington Post, hoping that his and the league’s efforts make a difference.