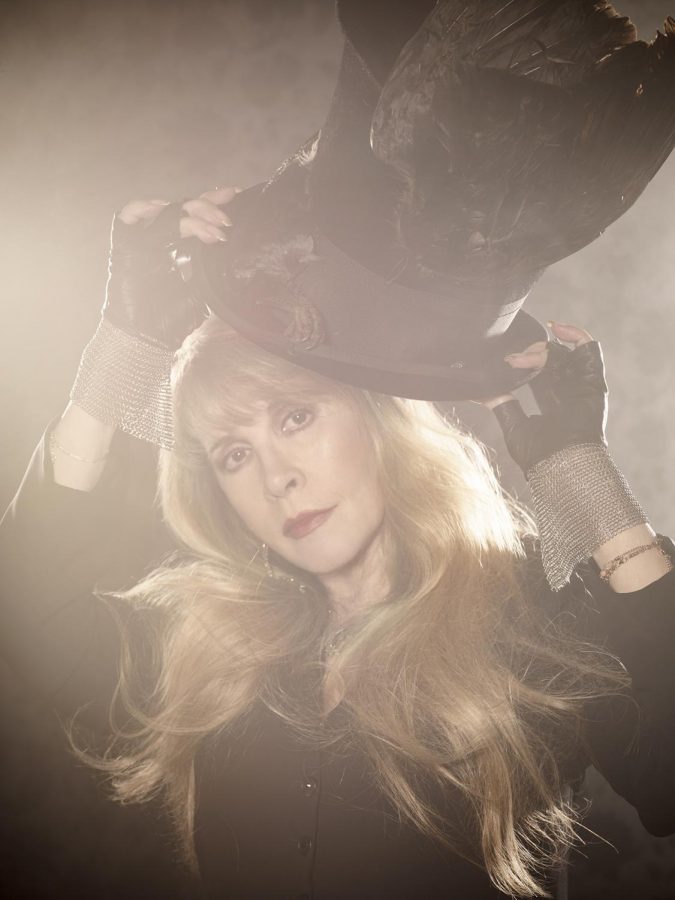 Stevie Nicks streamed the “24 Karat Gold The Concert” in select venues on Oct. 21 and 25.

Amid a global pandemic, rock legend Stevie Nicks continued to find a way to entertain an audience.

The performer created a unique experience for her fans with the timeless stories of her career and life. Each song was specifically picked to reflect her accomplished songwriting talents and famous performances.

“The 24 Karat Gold Tour was my all-time favorite tour. I not only got to sing my songs but I was able to tell their stories for the first time. I love having the opportunity to share this concept with my fans. From me to you- 24 Karat Gold,” said Nicks.

The two-time Rock and Roll Hall of Fame inductee provided the audience with classics from her Fleetwood Mac days such as “Rhiannon,” “Landslide” and more. Additionally, treasured songs from her solo career graced the set-list like her hit song, “Edge of Seventeen.”

Throughout the show, Nicks emphasized the importance of her relationships with other artists and how they’ve transformed her into the person she is today. Specifically, her good friend Tom Petty and pop icon Prince were major influences in her music.

The Grammy winning artist performed the hit single, “Stop Draggin My Heart Around,” which features Petty on the track. She gave a tribute to the late singer with a moving picture of the two of them at the end of their famous duet.

Music lovers laughed and sang as the singer told unheard stories of her lifetime. Fans were able to see another side of the Fleetwood Mac front woman that continues to capture the hearts of many, just as she did in the 70s.

Nicks has continued to keep herself busy in 2020 with the release of her new single, “Show Them the Way.” The ballad, released on Oct. 9, inspires listeners to stay hopeful and to be guided through the hard times.

While she’s most famous for being in her iconic rock band, she made it clear during one of her speeches that her solo career, “was not a fluke.” Fans shouted and cheered for Nicks after seeing her take credit for her recognized talents.

Fleetwood Mac has recently been receiving a lot of attention due a viral Tik Tok, which features the band’s #1 hit single, “Dreams.” The video shows a man riding a skateboard while drinking cranberry juice and has since then, started a worldwide Tik Tok trend.

Following the viral video, band members Mick Fleetwood, Lindsey Buckingham and Nicks each recreated the video in their own styles, grabbing the attention of old fans and new listeners.

The concert was heavily tributed to Prince. The great late artist was shown on the big screen throughout the show with an array of pictures. Nicks gave a touching designated performance to the pop legend when she sang, “Moonlight (A Vampire’s Dream).”

The crowd stood in awe and admiration as she sang for her old friend.

The cinema grew quiet at the very end of the show when Nicks began to tell the story of a very important song. What was supposed to be a trip to Colorado for a short while, turned into the event that inspired her crowning achievement, “Landslide.”