"'Nina Wu' is a beautiful film about a tragic subject that is difficult to explore appropriately." 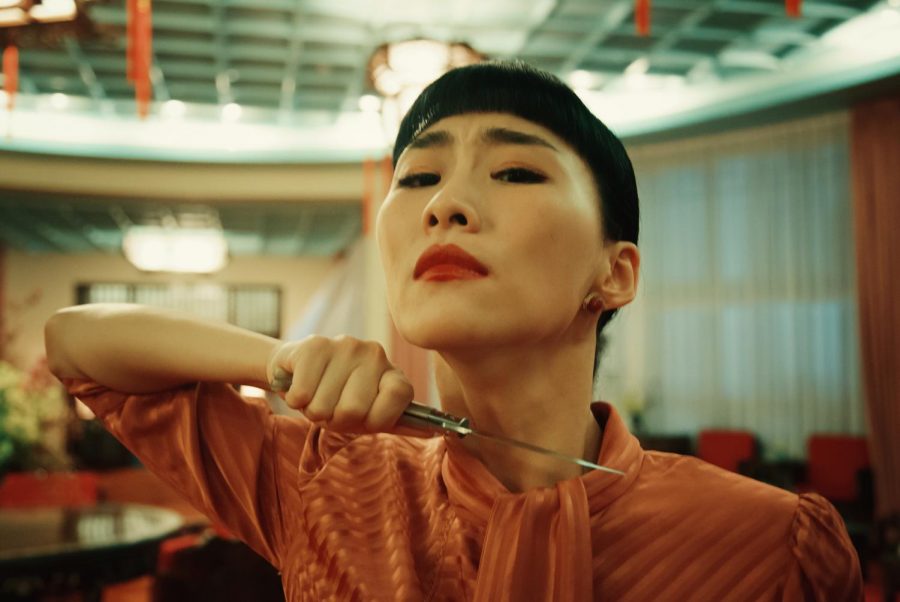 A still from the feature film "Nina Wu," which was featured in the Boston Women's Film Festival.

In the wake of the #MeToo movement, Midi Z and Wu Ke-xi’s new movie, “Nina Wu,” sheds a haunting light on the exploitation of women in the film industry.

“Nina Wu” was showcased among 14 other feature films and 24 short films for the Boston Women’s Film Festival that began on Oct. 8. A major difference in this year’s festival was the switch to a virtual fest. All films are available to watch online. In previous years, film fanatics viewed various films in several locations throughout Cambridge and Boston, including the Brattle Theatre and the Museum of Fine Arts.

Atypical to most films included in the festival, “Nina Wu” was directed by a man, Midi Z.

Katherine Irving, director of programming for the festival, had a discussion with staff and audience members in which she gave a behind the scenes perspective of the conversations that took place when questioning whether or not it would be appropriate to even include the film in a women’s film festival.

“The reason we don’t typically include male directors is because for too long we’ve been allowing men to tell stories about women,” Irving said during the discussion.

Due to actress Ke-xi’s star role and co-writing credit, the team ultimately decided that her involvement and the subject matter was enough to make the film a must-see for the festival.

The central focus of “Nina Wu” is the exploration of the psychological torment and sexual abuse the female lead, Nina Wu, experiences as an actress trying to make a big break in the film industry.

Non-narrative in nature, the film shifts between reality and Wu’s distorted take on the world around her and her memories through dreams and time-jumps.

During the discussion, Angela Giles, another programming director of the film festival, said she could watch it 10 times and still not fully understand what’s going on.

In fact, that may have been Ke-xi and Z’s aim. The disconnect in the film between reality and Wu’s broken memories allows the audience to get a taste of the anxiety and incoherence she feels after the trauma she has gone through.

For those who have been a victim of sexual abuse, rape or gross mistreatment due to their gender, this film offers a truthful telling and honest portrayal of the traumatic aftermath that often follows such horrifying events.

Ke-xi based much of the script on her own experiences in the film industry. The fact that the lead actress co-wrote the screenplay adds to the overall impact and effect the film has on its audience and makes the gruesome scenes all the more distressing.

In one of the film’s first scenes, Wu is filming a very intense moment with her on-screen partner when the director stops the production to give some notes. Viewers of “Nina Wu” watch in horror as he proceeds to choke, slap and verbally abuse Wu, while the entire film crew remains silent. Knowing Ke-xi may have experienced this type of abuse in real life as an actress is chilling.

Throughout the rest of the film, Wu suffers several instances of sexual abuse and pressures in the film industry in the city, Taipei, while struggling to juggle problems with her home and love life back in her rural hometown. The chaos of the jump cuts and rough editing throughout the film perfectly parallel the chaotic amount of turmoil Wu is dealing with.

In the film discussion, several staff members had a conversation about the cultural differences between the Taiwanese film industry and the American and Western film industry, and how these differences affected the exploration of such a systemic issue among the film community.

American cinema often offers audiences triumphant endings, stories of overcoming adversity and wrapping traumatic experiences into a nice little bow to satisfy the audiences’ need for comfort. However, in this film, Z refused to give in to the audiences’ desire for a happy ending and an uplifting representation of an abused victim. Instead, Z chose to stay true to the raw devastating truth that many victims face; that there is nowhere to put the shame of the experience.

Not for the faint of heart, “Nina Wu” is a beautiful film about a tragic subject that is difficult to explore appropriately, a feat Ke-xi and Z accomplish masterfully.