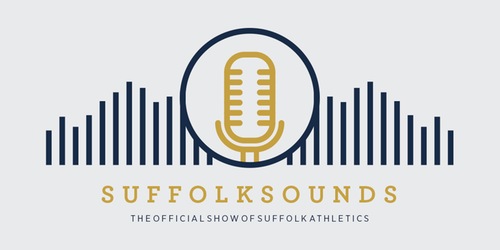 In the absence of athletic competition, the Suffolk Athletic department has undertaken a new project. The department recently announced its brand new podcast titled “Suffolk Sounds.”

Sports Information Graduate Assistant Cam Brennan will be hosting the weekly podcast. Brennan graduated from Lasell University in 2018 and is currently pursuing a master’s degree in administration of higher education from Suffolk.

“I hope it adds to the experience of being a fan of Suffolk athletics,” said Brennan. “I felt it would be a great opportunity to provide insight and an inside look into the Ram Nation athletic department.”

Brennan said the show will highlight the best of Suffolk Athletics, on and off the field, while routinely welcoming coaches, administrators and other guests.

The podcast’s debut was announced via the Suffolk Athletics Twitter on Sept. 12. The first episode, which highlighted Suffolk’s new men’s soccer coach Bill Maddock, was released on Sept. 14.

Despite the lack of athletic competition, Brennan has plenty of content in mind for this semester’s shows.

“We hope to uncover and dive into the backgrounds of our guests and their journey to Suffolk,” said Brennan.

Brennan spent the first episode interviewing Maddock about his past coaching career, what brought him to Suffolk and his hopes for the program.

While Brennan is making the best of a sports podcast in a time with little sports, he expressed his enthusiasm for the future of the show.

“There is no limit to what can be done with the podcast when our student-athletes return to the field,” said Brennan.

The original idea for the podcast was pitched to Brennan by Suffolk’s Sports Information Director Amy Barry. Barry also assists Brennan with the production and promotion of the show.

The podcast will be released weekly on Spotify and Apple podcasts, along with a video version on the Suffolk Athletics YouTube page.