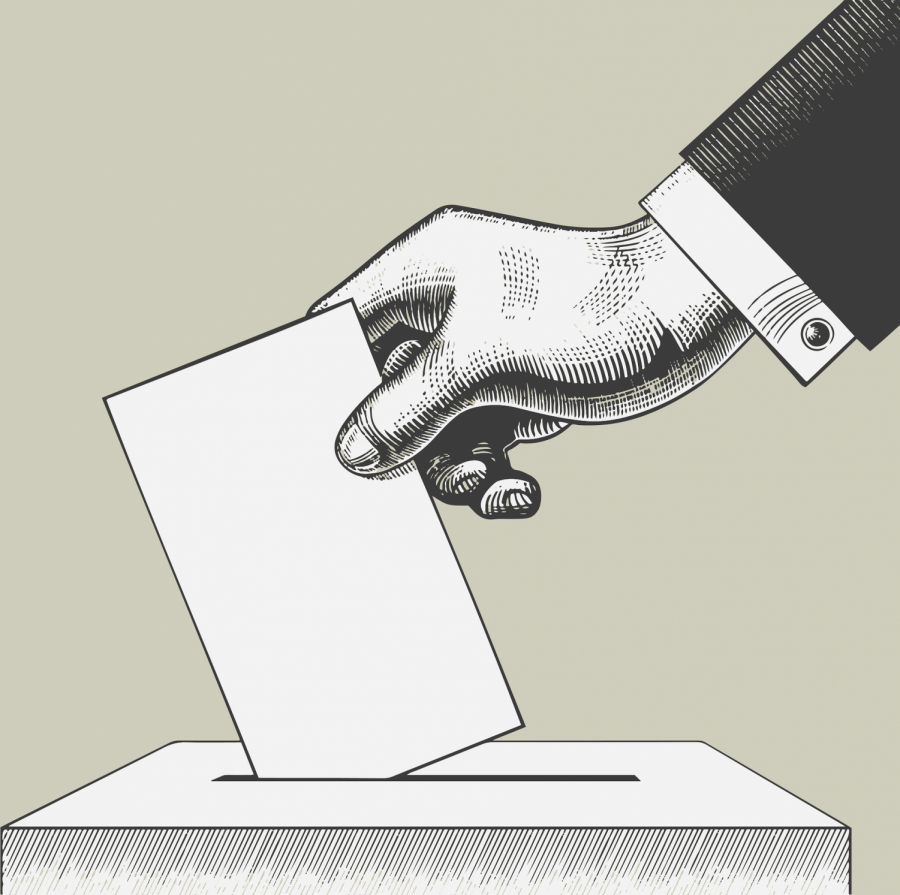 On Sept. 17, the Suffolk Law Department hosted a virtual Webinar titled; “Why did the Constitution Not Grant a Right to Vote?” in order to provide a deeper understanding of voting rights in the United States.

The webinar began with a quick overview of the conception of voter rights by Infranca, in which he shared some shocking information about many key details the U.S. Constitution is lacking when it comes to voters’ rights.

“The Constitution says very little about fundamental issues of participation,” said Infranca. “It’s got a somewhat thin conception of democracy overall, as some have said.”

Infranca said that much of what the Constitution does mention about voters’ rights actually piggybacks off of state law, as states are given a lot of authority over voter eligibility.

Article 1, Section 4 of the Constitution states; “The Times, Places, and Manner of holding Elections for Senators and Representatives, shall be prescribed in each State by the Legislature thereof; but the Congress may at any time by Law make or alter such Regulations, except as to the Places of chusing Senators.”

It is articles like this that federal election laws are based upon.

Many of the amendments within the Constitution that are about voting rights were added later on, Infranca said. Specifically, due to popular social movements throughout the country.

Stillman spoke on one such movement – the Women’s Suffrage Movement –  and its impact on the 19th Amendment.

“The Suffrage Movement wasn’t perfect… for what it was asking for, it was disappointingly uninclusive in that way,” Stillman said.

Stillman referred to historian Martha S. Jones’s quote from the Times; “The 19th Amendment did not eliminate the state laws that operated to keep Black Americans from the polls via poll taxes and literacy tests — nor did the 19th Amendment address violence or lynching.”

Espinoza-Madgrigal jumped in to further discuss present-day discrimination issues he sees in his work as an election attorney.

“These conversations about what Professor Infranca and Professor Stillman were talking about, are not theoretical in nature,” Espinoza-Madrigal said. “This very much is where the law intersects with lived experiences of individuals, particularly, in communities of color.”

There are many discriminatory policies in place throughout the country that cause less voter turnout from those in Black and Latino communities. The constant change in polling locations, inability to take off work to vote, and voter ID requirements among them.

“In Wisconsin, a study found that the number of Democrats who didn’t vote because they lacked proper ID exceeded Trump’s margin of victory, and that the biggest decreases in turnout were in Black neighborhoods, a clear signal that race-based voter suppression was in play.” according to The Atlantic.

All three panelists answered questions during the Q & A portion of the webinar touching on tough topics such as; mail-in voting, Senior Citizens facing quarantine, poll taxes and issues youth voters are facing today.

Many students and recent graduates don’t know where to begin when it comes to entering the political climate or how to become involved in the voting process.

Cobb’s suggestion was to join with others, whether it be forming a student-led organization or becoming a member of an already established group. She stated joining with others is the best way to have an impact, and impact will create political power.

Developing your civic skills is something Cobb believes will help you make a change. According to the professor, an effective way to learn about civics is to embed civics into every class’s curriculum, whether it be looking at polling data in a statistics class, or examining important government documents in an introductory writing class.

Cobb is also co-chair of Suffolk Votes, a university organization that encourages students to get involved in the democratic process and provides information on how to register to vote and resources for those interested in getting involved either through becoming a Suffolk Votes Ambassador or working at the polls.

Suffolk Votes has been working hard this election season on its social media campaign #suffolkvotes. The organization recently announced Suffolk University was named one of 2020’s “Best Colleges for Student Voting” by Washington Monthly.

If you’d like further information on how to get involved or how to vote please visit;