Opinion: Voting by mail is not a threat — it’s democracy 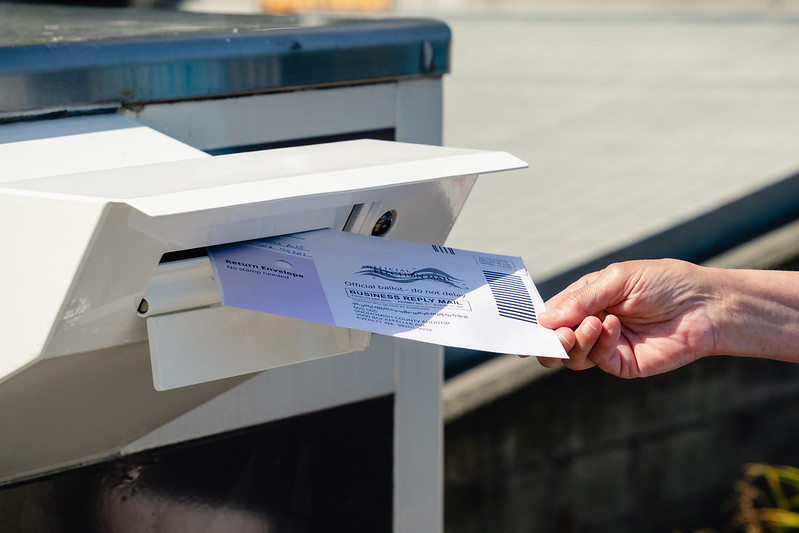 President Donald Trump’s latest attack on democracy is his tirade against funding the United States Postal Service (USPS) in an attempt to stifle mail-in voting for the 2020 presidential election.

In an interview with Fox News, Trump said he opposes the $3.5 billion funding that House Democrats have requested to expand voting access to mail-in ballots. This anti-democratic rhetoric is absurd, specifically since there have been blatant attempts to disrupt the USPS in recent weeks.

Americans have noticed an increase in shipment delays from the USPS. According to CNN, postal workers have stated to customers that a lack of communication between newly-appointed Postmaster General Louis DeJoy and USPS employees is at fault for this.

Reportedly, DeJoy has also discussed making cuts to the USPS, which would be incredibly harmful to the mail-in voting process for the 2020 election. This, along with the delays in shipments, is cause for concern that mail-in ballots will not be received on time for the election.

Seeing as DeJoy is a Republican donor, a lack of communication with employees and delays in services seems to be a partisan tactic to aid in Trump’s reelection. Even if changes to the USPS that could hinder mail-in voting do not occur, the trust many Americans have in this system has been shaken.

Amidst a pandemic that has already claimed more than 175,000 lives in the U.S. as of August 23, Trump is attempting to hinder the safest way to vote this year.

Waiting in line on election day, even with social distancing, leaves voters more at risk for contracting or spreading COVID-19. It is unsafe for crowds to gather in this way and seems only fair that voters have the opportunity to vote in a way that is socially responsible and acknowledges the current COVID-19 pandemic.

However, the president has made it clear that he would rather risk the health of voters than have them vote by mail. His ego is massive, yet so weak that he is unwilling to accept the reality that the majority of voters, 54%, in the U.S. do not approve of his current work as president, according to Gallup Daily tracking averages.

Regardless of the current downward trend of reported COVID-19 cases in the U.S., the disease is clearly not going anywhere. The nation has reported over 5.6 million cases – more than any other country in the world. Having millions of voters standing near each other in lines to vote is not in the interest of the public’s health.

An election is not fair if voting is not accessible to all, and mail-in ballots have been used for years.

In an interview for the NPR show All Things Considered, Washington Secretary of State Kim Wyman, said that voter fraud in states is not the extreme issue Trump claims it to be.

On July 30, Trump, who cast a mail-in ballot himself this week, wrote on Twitter that the U.S. should delay the 2020 presidential election because “Universal Mail-In Voting” will lead to 2020 being the most “INACCURATE & FRAUDULENT Election in history.”

Delaying a presidential election is not permissible under the United States Constitution. Any attempt that Trump makes to hinder the upcoming election is an obstruction of democracy.

Trump has made his point clear – mail-in ballots will corrupt the election and skew the results. However, this is a baseless and bogus claim. Perhaps Trump should have been this concerned about the fair election process in 2016. But, of course, he wasn’t. Russia aided in his election, after all.