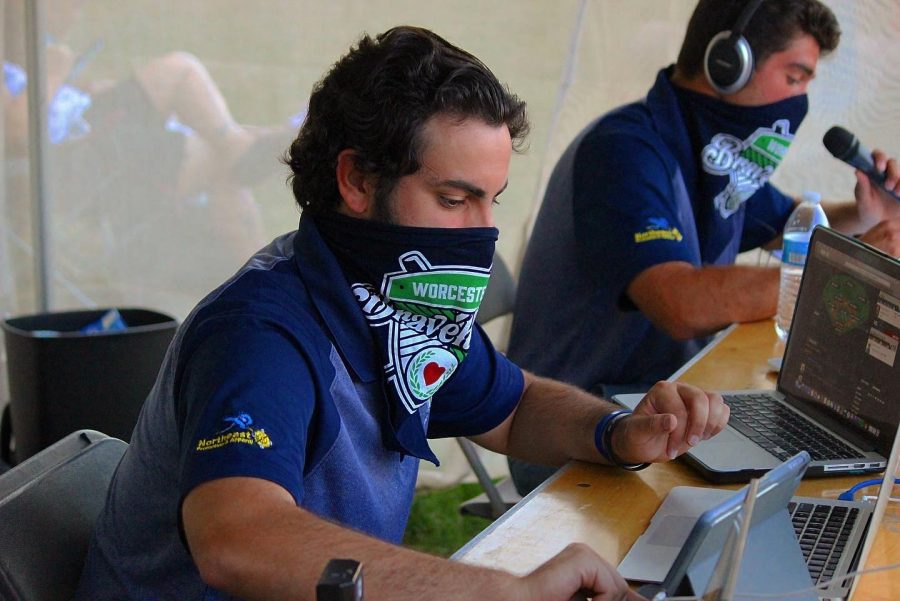 While professional baseball has returned to our television screens, many collegiate players, still suffering from the cancellation of their spring seasons, have not experienced the usual amount of summer playing time due to COVID-19.

But one Suffolk University alumnus has been instrumental in getting these athletes back on TV.

Donny Porcaro, Class of 2020, works for the Futures Collegiate Baseball League (FCBL). He has secured a deal for the league to broadcast three of its games on the New England Sports Network (NESN) this month – the league’s first major television deal.

The FCBL is a league dedicated to New England-based collegiate players. At least 50% of the players on each team are either from New England or attend college here, and the league is made up of six baseball clubs who are in the midst of a modified season with 39 games.

Porcaro, who started out as a press box intern for the Worcester Bravehearts in 2017 and now works as production director for the team, will be doing the play-by-play broadcast for all three games on NESN.

“I called my [general manager] Dave Peterson and I pitched him the idea of possibly having a game (or games) on NESN,” said Porcaro. “Once he gave me the green light to reach out, I used my connections from past internships to get in contact with the production directors from NESN and pitched them the same idea.”

After several weeks of uncertainty and reaching out to the league commissioner, Porcaro was informed that NESN had agreed to broadcast a set of FCBL games in August.

Porcaro also just graduated from Suffolk three months ago, after a semester that was anything but normal.

“I could’ve imagined myself doing a lot of things four months ago, but broadcasting a game on NESN wasn’t one of them. To be honest, the pandemic hit me pretty hard in regards to employment. Before COVID, I had interviews with NBA, NHL and NFL teams,” he said.

But Suffolk had prepared him for uncertain times.

“The number one thing has been the professionalism the university (and city) instills in you,” Porcaro said. “When you’re 18 years old and you get dropped off in the middle of Boston and get told to figure things out it’s a big hurdle regardless of where you’re from.”

Porcaro also landed an internship with the Celtics that he discovered through a Suffolk networking event, and he even had a part-time job with the Bruins during his time at the university.

FCBL Commissioner Joe Paolucci expressed his excitement when the NESN deal was announced.

“Our league is filled with a great deal of high-end talent this summer,” said Paolucci. “We are excited to showcase our brand of baseball, our teams and players to fans all over New England and beyond.”

Many of this year’s players have come from leagues that had their seasons canceled, such as the Cape Cod league and the New England Collegiate Baseball League (NECBL).

“Once the NECBL and Cape Cod League cancelled, our league had a lot of those players’ first calls,” said Porcaro. “All of the talent is right in the futures league… and I couldn’t be more fired up for some of these guys that are going to get to showcase their talents. They all deserve it.”

You can hear Porcaro on the call on NESN on the following dates: