The Suffolk Journal • May 19, 2020 • https://thesuffolkjournal.com/29461/featured/suffolk-alum-jillian-anns-debut-ep-is-truly-romantic/ 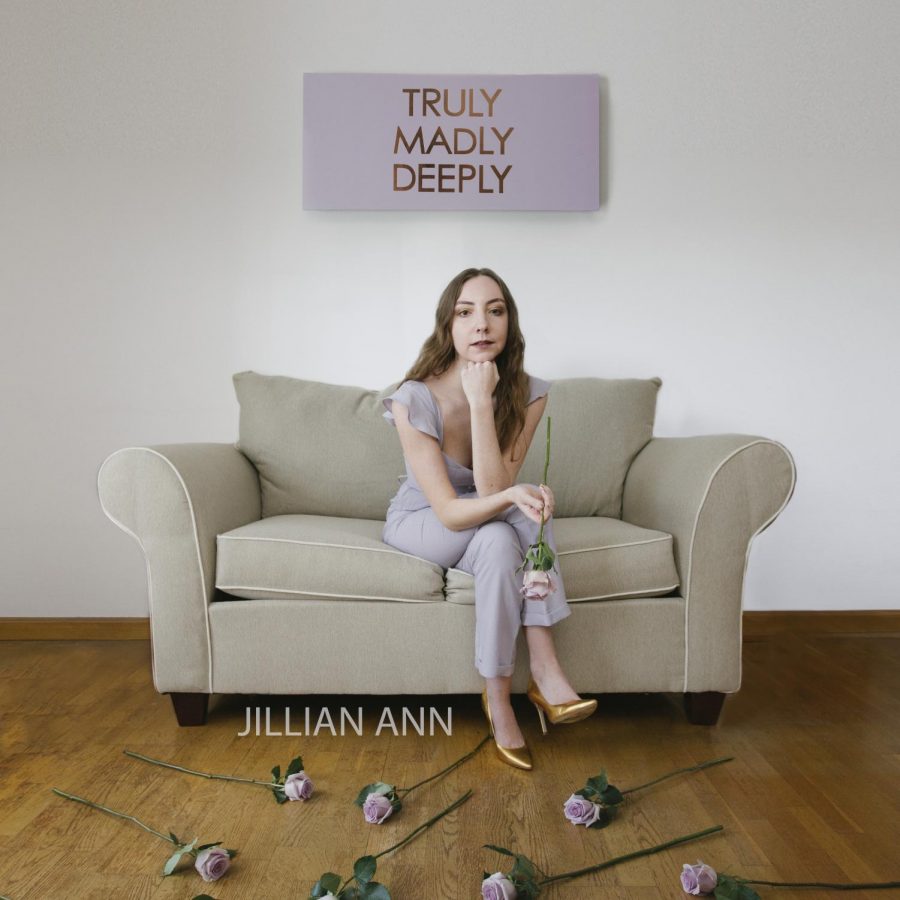 The five songs on the album were written and composed over the span of the last six years in collaboration with fellow Berklee musicians. Each track has its own distinctive love story and shows Ann’s vulnerability as she exposes inner feelings of empowerment, infatuation, longing, heartbreak and loss.

“Though some of the songs are more personal, I believe they are relatable and I hope when people listen, they will connect to them in their own way,” said Ann.

Ann’s record kicks off with “Riptide” which begins with the relaxing sound of crashing waves and progresses with a catchy chorus.

The title track “Truly, Madly, Deeply” best represents the romantic theme of the album as it feels mesmerizing, compelling and heartbreaking all at the same time. This song was inspired by the 1990 Alan Rickman movie with the same name and Ann wrote it from the perspective of the grief-stricken woman in the film who is coping with the death of her lover.

“Each line has certain details about the story of the film in it,” Ann said. “I felt like I was having a spiritual moment when writing, which is why it’s a special one.”

Poignant films often provide a multitude of inspiration for many musicians and it’s great for  Ann’s album to include a reference to such a powerful movie.

“The Man That I Love” is another moving song on the album that is full of emotion and features a beautiful guitar solo that is the perfect touch to this ballad. This incredible solo oozes with passion which furthur solidifies the album’s message of love.

“Julian” is an entertaining and upbeat track that features another memorable chorus and bridge that will have you thinking about the name Julian for days. And “Buenos Aires” is a fun and flirty song with enthralling vocals effects and a Spanish flare.

This is a solid debut album that features a wide variety of songs that touch upon the many unique stories of love and the different facets of a relationship while still remaining true to the overall romantic theme.

When the world gets back to normal, Ann hopes to do release shows for this album and tour so she can play her music outside of Massachusetts.

“I’m really excited to see what the future holds, so definitely keep an eye on me, because this is just the beginning,” Ann said.

“Truly, Madly, Deeply” is now out on all streaming platforms and you can follow Ann on Instagram @itsjillianann.