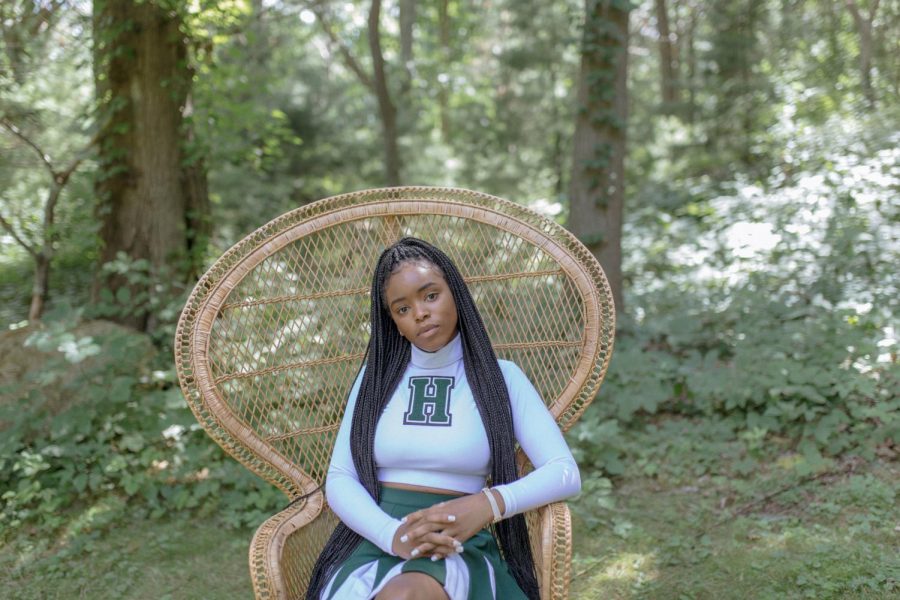 Actress Lovie Simone as Selah in the new Amazon coming-of-age film "Selah and the Spades."

Writer and director Tayarisha Poe made her directorial debut with the coming-of-age film “Selah and the Spades,” which gives an honest and intriguing look into high school cliques and its politics at a prestigious boarding school in Pennsylvania.

The film follows five feuding factions at the fictitious Haldwell school: the Spades, the Sea, the Skins, the Bobbies and the Prefects while queen bee of the Spades, Selah, dominates the school’s social scene by supplying illegal drugs and alcohol to the student body. Before Selah graduates, she takes the new girl, Poloma, under her wing and teaches her to be a Spade all while maintaining her power.

“Selah and the Spades” is a stylish modern mashup of classic high school movies like “Heathers” and “Mean Girls,” but ultimately seems too forceful in trying to establish itself as a quirky indie movie with scenes that often lack substance and cohesiveness.

As a debut film, it is no surprise that it’s a little rough around the edges, but Poe excels at storytelling and creates a well thought out world within the boarding school, especially one that resonates best for Gen Z viewers.

There is great potential in this 90-minute film with a magical sound design and engaging camerawork that captures the essence of each faction, like shots of the school’s cheer team – although we only ever see them practicing – and an ethereal party that takes place in the woods at the end. Poe’s talent is clearly there, but it seems to miss its overall mark. However, this movie solidifies Poe’s directorial career and it should be interesting to see what she does next with a little more polishing.

“Selah and the Spades” has a refreshing take on the complexity of high school politics, but it still feels unfinished. It might be more effective to draw this film out as a mini-series like with the HBO series “Euphoria” and focus on each of the factions individually so viewers can indulge more into the world of Selah’s reign at Haldwell.

This coming-of-age drama also includes flawless performances from a fresh-faced cast that will sure be very successful in the future. Selah is such a strong, smart, and regal character that clearly knows her place in the world and this is very much exemplified by Lovie Simone’s dazzling performance of her. Simone is a movie star in the making. Additionally, working alongside Selah is Maxxie, played by Jharrel Jerome, who is also known for his performance in the Oscar winning film, “Moonlight” and Celeste O’Connor shines as Selah’s sidekick and adds a great youthfulness to the cast.

“Selah and the Spades” may fall short in some areas with more style than story, but the strong black leads, colorful visuals and upbeat soundtrack brings this film to life. It’s clearly a first film, but that is what makes it special.

“Selah and the Spades” is now available to stream on Amazon Prime Video.