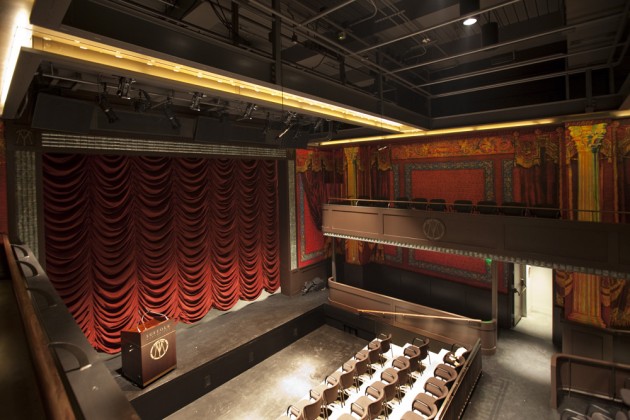 Along with other colleges across the city and country, Suffolk University announced on March 12 that all classes would be taught remotely for the rest of the semester in response to concerns about the widespread coronavirus. While the decision helps ongoing efforts for the United States to practice social distancing, it poses challenges for academic departments teaching curriculum that relies on in-person instruction and hands-on learning, like the theatre department.

The theatre department faces unique difficulties since students count on singing with live accompaniment, acting in front of an audience and directing alongside other students and faculty to learn. Since Suffolk announced the switch to remote teaching, members of the theatre department have been working on adjusting syllabi to an online format.

“It’s our job to figure out how we can do something different that we wouldn’t have been able to do otherwise to give students something special,” said theatre department chair and professor Marilyn Plotkins. “We’re trying to use this moment to provide the kind of learning, however imperfectly, that we wouldn’t be able to provide otherwise.”

Plotkins said that some classes will draw connections between the coursework and conflicts surrounding the coronavirus. For example, for the rest of the semester in Playwriting I, students will be writing plays with subject matter fueled by the impact of the disease. In the Directing II class, students will be assigned to study a play that was written in times of great challenge, similar to the problems the world is currently facing due to the pandemic.

Although the solutions are not perfect, Plotkins said the department is working to do their best possible job.

While all Suffolk faculty is moving to make necessary adjustments, some students are still worried about whether they will receive the same quality of education with online classes. Some theatre students are also worried about losing in-person communication with faculty and access to a performance space, which are key parts of their learning experience.

“People [in the theatre department] really do more for us than anyone else on campus. We are losing that direct communication with them. We’re losing working in our theatres. We’re losing having an audience to get a reaction from,” said sophomore theatre and advertising major Mason Lafferty. “Online theatre isn’t theatre.”

Many theatre majors said they understand this situation is a worldwide phenomenon, and the department and faculty are not in control over these tough circumstances. However, with such a big change, some students feel that paying full tuition is unfair since they no longer have easy access to on campus resources.

“Our tuition is meant to encompass a classroom setting and allow us to have hands-on experiences,” said senior theatre major Justin Peavey. “Online degrees cost much less to obtain, and I think our tuition for this semester should be reduced to reflect that.”

In addition to classes moving online, four theatre department productions scheduled for later in the semester have been cancelled. Some of the shows were already casted and were in the middle of rehearsals, including the department’s spring musical “Violet,” originally scheduled to run from April 2 to 5.

Lafferty, who was cast in “Violet,” said participants in the show were rehearsing most days of the week, the set was almost finished being constructed and the choreography was well under way. He also said news of the cancellation was devastating because he thought this was the best the cast had sounded vocally in years and audience members will miss out on the show’s pointed message.

Senior theatre majors are especially upset over the shows being cancelled because they will not get their final curtain call or closure with the department. Many were unprepared for their routines on campus to come to an abrupt end.

“It is absolutely heartbreaking that we will not be able to present the shows that we have spent so much time working on,” said Peavey. “For the seniors, we have been waiting four years for this moment, and now we feel empty.”

For example, senior Stephanie Coyle was going to direct a rendition of Harold Pinter’s play “The Lover” at the Sullivan Studio Theatre on April 10. The show was her senior capstone project and part of the department’s year-long Spotlight series which allows students to write and direct original plays. However, Coyle’s production will not go on as planned.

“It makes sense and it’s horrible but this is happening in society as a whole,” said Coyle. “It could be a lot worse. I’m really sad about it, but I understand why [the show was cancelled].”

In an effort to help make up for the cancelled productions, Plotkins said the directors of “Violet” and the department’s play “Seminar” will host individual coaching sessions with the cast of each show remotely. This way, students can still sharpen their acting skills and continue to prepare for future auditions.

Throughout the university’s shift to off campus instruction, Plotkins said the theatre department is striving to be communicative and transparent with their students. Faculty members want students to know that they are still available and are encouraging students to connect with them as much as needed.

Students said that members of the theatre department have been continuously reaching out to them with information and updates, keeping them in the loop. The department is tight-knit, so students know that their professors care about giving them a high quality education, despite these unprecedented times.

“The professors care so much about their students. They’re all very close with their students. I would even consider some of them friends. They are just as shocked as we are about this situation,” said Lafferty.