New era, old threats: Neo-nazism on the rise in Germany 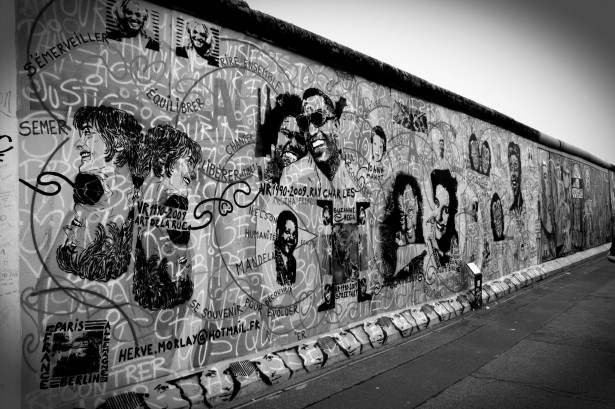 Berlin Wall once divided the country for decades

Germany, once known to be one of the safest countries in Europe, now painfully awaken by a series of tragic incidents threatening its citizens.

A driver intentionally rammed a car into a crowd during a carnival in Volkmarsen, Germany, on Monday. At least 30 people were injured including children, according to The New York Times.

Seven people received serious injuries, however none of them were life-threatening, according to The New York Times.

The driver, a 29-year-old local man from Volkmarsen was arrested on the scene. He was also injured and will face the investigating judge when his health allows, according to CNN.

“At this time we cannot give any further information about what led to the act, especially regarding a motive,” said Alexander Badie, a spokesman for prosecutors, in a statement. “We are investigating in all possible directions.”

The crash took place during an annual Shrove Monday Holiday, while many parents and children walk the streets dressed in costumes. This traditional Christian holiday followed with carnivals and the holiday is very popular in Germany, especially in Roman Catholic regions in the west and south parts of the country.

This case is especially concerning, as Germany recently witnessed another tragic incident which once again questioned the safety of its citizens.

On Feb. 19, a 43-year-old German man went on a shooting rampage in the city of Hanau and killed nine people in a shisha bar and a cafe, according to the BBC.

Notably, the victims of the shooter were mostly young Turkish and Kurdish Germans, who were born in the country and whose families have lived there for generations.

The suspect was identified through information from witnesses and surveillance cameras. Early on Feb. 20, the shooter and his 72-year-old mother were found dead in his house, according to the BBC.

Later on it was discovered that the gunman, known as Tobias R., expressed extreme right-wing views in the latter of confession he left behind, according to the Guardian. He had also been expressing his racist views and hatred on social media.

This problem of neo-nazism and extreme right-wing ideology has been rising in Germany throughout past years.

The increasing number of racism-driven cases of violence has sparked a new wave of debates in the German government.

“Far-right terror is the biggest threat to our democracy right now,” said Christine Lambrecht, the justice minister, according to the New York Times. “This is visible in the number and intensity of attacks.”

Based on my personal experience growing up in the region, I have known several Germans who have witnessed the divide of their country during the Cold War. I have noticed a fundamental issue in the historical perspectives between the people born and raised in democratic West and those in the socialist East.

Those who were educated in Western Germany while it had been divided were exposed to strict anti-nazism rhetoric throughout their childhood.

One of my teachers from my time studying in Switzerland was born and raised in Western Germany. He used to say that his generation had to bear the guilt for the past. Even now they have to bear this burden.

Many Western Germans have predominantly maintained this mentality and passed it onto their kids.

On the contrary, Germans born in the Soviet-controlled East received a different kind of education. They were told that they were liberated from misrepresentation of a fascist regime, rather than being responsible for its empowerment.

This fundamental difference in the mentality of Germans once divided by the wall fuels the new wave of neo-nazism.

Recently, there have been several other cases in Germany.

On Oct. 9, 2019 a 27-year-old gunman who was heavily armed, opened fire on a local synagogue with more than 70 people inside during a Jewish holiday in the city of Halle killing two, according to the BBC. He broadcasted his attack on a live-streaming platform, making anti-Semitic comments while shooting.

Later on, during a hearing with an investigating judge he admitted that his attack came from far-right, anti-Semitic motives, according to the BBC.

Another tragic incident occurred on June 3, 2019, when Walter Lübcke, the 65-year-old head of the regional council in the city of Kassel known for his pro-immigrant views, was found dead with a gun wound in his house.

The killer was identified only as 45-year-old Stephan E, according to BBC. He had contacts in right-wing extremist circles and confessed that his actions were driven by his hatred towards Middle-eastern immigrants, mostly Syrian, seeking asylum in Germany.

German officials have recorded an increasing number of people known to be far-right extremists and currently more than 12,000 people are supporting threatening ideologies, according to The New York Times.

Such tendency of racism-driven violence has forced officials to implement new measures to tackle this problem.

Horst Seehofer, the interior minister of Germany, said last Friday that police have been ordered to increase security around mosques. A similar measure has been used around Jewish synagogues and cultural institutes, according to The New York Times.

As tensions rise, German officials remind citizens that their country is a multicultural place called “home” by people whose ancestors came from many different parts of the world.

“To put it plainly: Those who were murdered here in Hanau were not foreign,” said Claus Kaminsky, the mayor of Hanau, according to The New York Times. “They were citizens of Hanau, our neighboring cities. Some were born here, some were second-generation. Those murdered were fellow citizens.”

In the time when threatening ideas find a place in our society, it is our responsibility as faithful citizens to once again reinforce our beliefs in democratic values and each other.