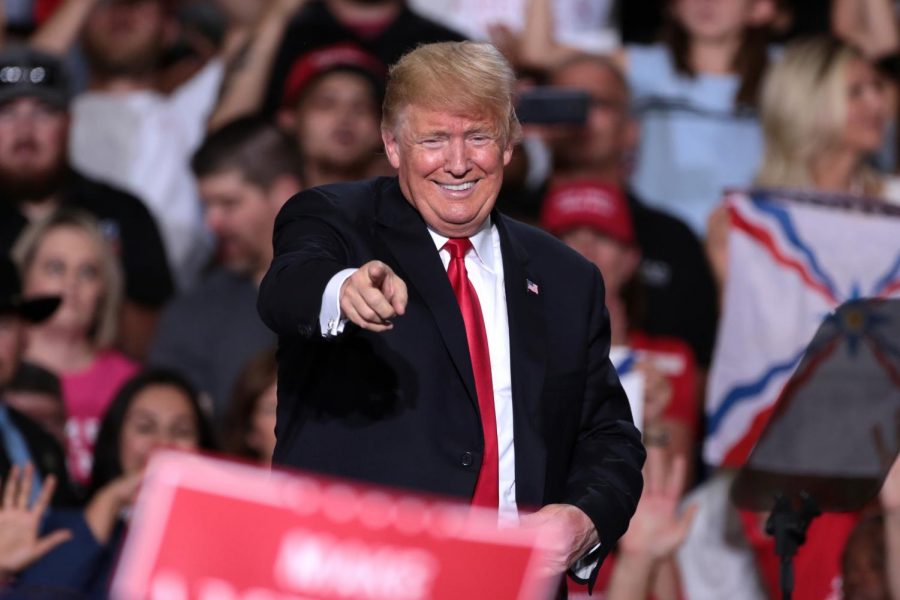 It seems President Donald Trump remembers a thing or two from his time on “The Apprentice,” as the phrase “Ya fired!” echoed through Washington D.C. this past week.

Trump has been keeping tabs on anyone and everyone, from the White House to the Pentagon, that poses a threat to his presidency. Though the argument can be made that it’s maniacal, I can’t help but find it genius.

In the Republican Party, Trump makes it a point that, to him, loyalty is of utmost importance — even if it goes against the Constitution. Trump has suggested that the Pentagon investigate and potentially discipline former White House aide, Lt. Col. Alexander Vindman, who provided testimony against the President in the impeachment inquiry, according to The New York Times.

In the same article, it was said the administration also fired a U.S. Environmental Protection Agency official, who claims he was ousted because he was deemed too friendly with Democrats.

“Too friendly,” like he’s working with the enemy? Have we forgotten that democracy was implemented to unite the country, not tear it apart?

Watch the State of the Union address and try to find one solid piece of evidence that shows unity between the two parties. Our country has been split down the middle, and instead of repairing the political divide, Trump is pushing for more border control — a double entendre of sorts.

I can already see the montage of officials being fired across D.C. as DMX’s “X Gon’ Give It to Ya” blares in the background. It’s absurd, but can you blame me?

Trump just survived impeachment. This has only made him appear stronger, untouchable even. Trump has found the hidden idol on “Survivor” and can use it at every tribal council. He’s going to keep moving forward.

In the latest news, Trump has been criticized for trying to influence Attorney General William Barr in the trial of Roger Stone. Stone is being tried for lying to Congress, tampering with witnesses and obstructing the House investigation of alleged Russian interference in the 2016 presidential election. If Stone is convicted, he would face a seven-to-nine-year sentence. Both Barr and Stone have historically been close allies of Trump.

Barr, in an attempt to make it seem as if dropping Stone’s case was his own idea and not Trump’s, recently took a jab at the President for his tweets about the Department of Justice’s prosecutors and cases. Barr says Trump is “making it hard for me to do my job.”

Barr appears to be separating himself from the bad reputation that Trump has made for himself, but at the same time still trying to please him. Any attempt Barr has made so far to stop Trump from tweeting about the D.O.J. has been thwarted. Trump tweets he has a “legal right” to intervene and sidestep the Justice Department.

But, man, what a high Trump must be on! To have so much power and to have people doing his bidding without hesitation. This is leadership through fear, not love. But with all of the negative feedback Trump has gotten so far in office, wouldn’t it be easier for him to be feared?

While the Democrats are struggling to pick their “chosen one” during primary season, Trump just executed Order 66.