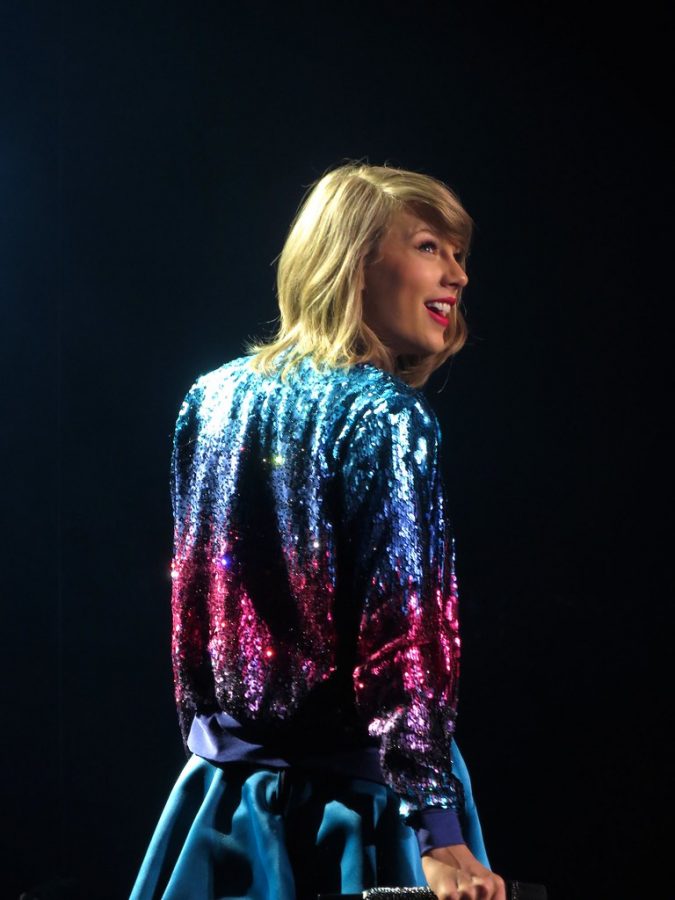 Global superstar Taylor Swift released her Netflix documentary “Miss Americana” on Jan. 31, giving fans an intimate look into her life from the singer’s rise to stardom as a teenager to the release of her seventh album, “Lover.”

The documentary, directed by Lana Wilson, follows Swift’s journey into love and politics. Viewers watch the musician as she grounds her position as a world class performer and declares that she’s done being polite and keeping her political views to herself.

The title of the documentary is based on “Miss Americana and The Heartbreak Prince” from her most recent album, “Lover.” The song, written by Swift, is about the crazy world of politics set in a metaphorical high school. This song is key in understanding Swift voicing her opinions unapologetically and properly reflects the content of the documentary.

“Miss Americana” relies less on concert clips and more on behind the scenes glimpses into Swift’s life with her family, friends and of course her beloved cats. We see Swift in the studio recording some of her hits like “ME!” featuring Brendon Urie, “Getaway Car,” from her sixth album “reputation,” and “The Man,” which calls out inequality between men and women.

Viewers see footage of Swift backstage, at her home, on planes and in cars all discussing the current events going on in her life. There are also candid scenes where Swift gushes her heart out to Wilson about her captivating life journey while providing great wisdom and authenticity.

Swift, who has been cast as an American sweetheart since her emergence into the country music scene as a teenager, used to hold back from discussing her political opinions because she thought it was right for a young woman to look pretty and not voice her beliefs.

“Part of the fabric of country music is don’t push your politics on people,” Swift said in one of the interviews with the filmmaker.

There is an emotionally intense part in the film where Swift appears distraught discussing politics with her parents. In the scene, Swift wanted to declare her stance on politics and call out Tennessee Senator candidate at the time, Marsha Blackburn, who goes against many of Swift’s liberal views. Swift’s dad discouraged her from doing so, but she soon pressed send on an Instagram post in October 2018 that marked Swift’s political debut.

After posting of this monumental declaration, the film showed Swift and her team all clinking glasses to “the resistance.” The post went on to receive a positive response from her fans.

Swift is a great communicator and a natural storyteller who has mastered the skill of living proudly and boldly through her songwriting and personal conversations. She has always been a good person despite what the media paints her out to be and the documentary accurately displays her courage to be vulnerable.

Most notably, there is a personal scene in the documentary where Swift discusses trouble with her self image. Swift explained, while showing the camera a paparazzi photo, that sometimes it was hard for her to look at pictures of herself because she would criticize her appearance, usually opting to stop eating and over-exercise.

However, Swift comes to the realization in the film about how important food is to her and that she feels much better being a size 6 instead of a size 00.

“Now I realize, no, if you eat food, have energy, get stronger, you can do all these shows,” said Swift in the film. “Which is a really good revelation because I’m a lot happier with who I am.”

This candid look into Swift’s eating disorder shows viewers that she has daily battles too and does worry about what people think of her– struggling with your appearance is something that everyone faces, including Swift.

Also in the documentary, Swift opens up about her mom’s battle with cancer which she doesn’t publicly discuss often. Swift also wrote a song called “Soon You’ll Get Better” on her album “Lover” about her mom’s illness.

The singer mentioned that her mom’s diagnosis helped her prioritize her relationship with friends and family above anything else. She said that it’s hard to worry about what people on the Internet are saying when your mom is going through chemo.

It’s often difficult for the general public to think about celebrities having a real and valid life aside from their art, but “Miss Americana” proves that there is more to what you see. Swift has a heart and feelings, and what people say online does affect her.

The documentary even touched upon Swift’s feud with Kanye West. It shows clips of West interrupting Swift’s acceptance speech for Best Female Video during the 2009 MTV Video Music Awards to highlight the media’s response to West’s 2016 song “Famous,” which calls Swift a derogatory term and resulted in her being “cancelled” on social media.

This backlash of public opinion caused Swift to go into hiding for a year while she worked on her sixth album, “reputation” and began dating British actor Joe Alwyn, a relationship she still keeps hidden from the media.

There is even a small scene where Swift runs to Alwyn after a show. It’s a precious moment that shows viewers the pair formed an unconditional love for each other away from the media’s eye.

Even if you’re not a huge fan of Swift, viewers will still find themselves being in awe of the singer’s genuineness and proud of her for being a role model for so many.

Swift put away her polite, American sweetheart persona and exchanged it for a brave, confident and badass identity in a world where women are often told to sit still and look pretty. Swift was born to be a star as we see her day-to-day life in this new documentary that shows a balance between her enthralling and hectic life as a performer to a loving friend and daughter who values the quieter moments.