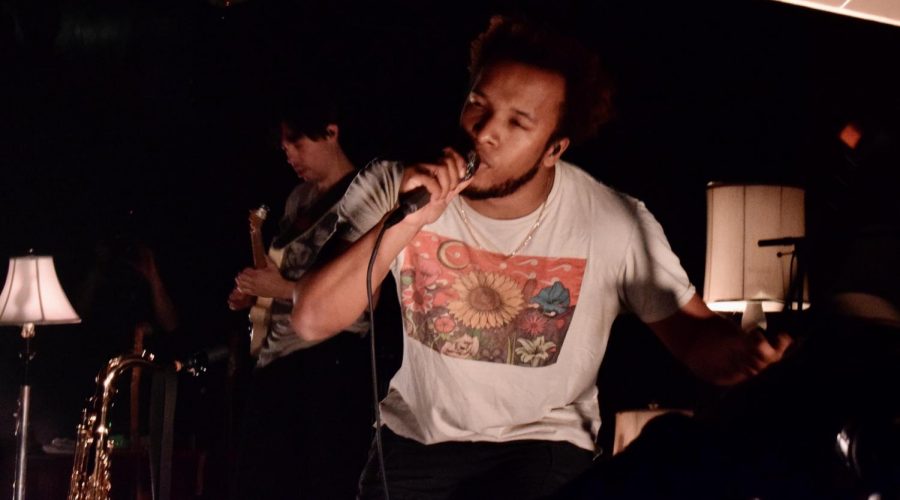 Cautious Clay stepped outside the typical R&B performance on Dec. 11 as the musician gave Paradise Rock Club an eclectic and rhythmic concert.

Joshua Karpeh, better known by his stage name Cautious Clay, lured the crowd in with a night of continuous smooth vocals, aiming to play a variety of songs and styles.

The Ohio native has been on the road this year performing dozens of shows around the world, which included a stop in Boston in May when he performed a set at Boston Calling Music Festival. His most recent show was jam packed with even more soothing original tunes.

Clay freely added a stronger touch of sax, flute and guitar to his live performance, differing from the studio versions of his music, giving each track a different flare than the crowd was familiar with. He effortlessly fused contrasting types of sounds, like when he mixed high notes from the flute with the end of the bass-heavy song “Erase.”

There’s no argument that it was impossible to stand still as the tracks’ catchy instrumentals flooded the venue.

The musician was always bursting with energy, rarely pausing to catch a breath or take a sip of water. Throughout the set, his vigor only grew until he sang “Joshua Tree,” which he admitted he has never actually visited. The performance reached its peak as Clay put his whole body into the track, adding a sense of passion he hadn’t shown yet. His inclusion of the saxophone at this part of the show reminded the audience once again that he is more than just his vocals.

By showing off both his raw voice and knack for other instruments, Clay delivered a layered show that went beyond the typical front man. While the set was only an hour long, he put on as full of a concert as he could by never turning down the beat.