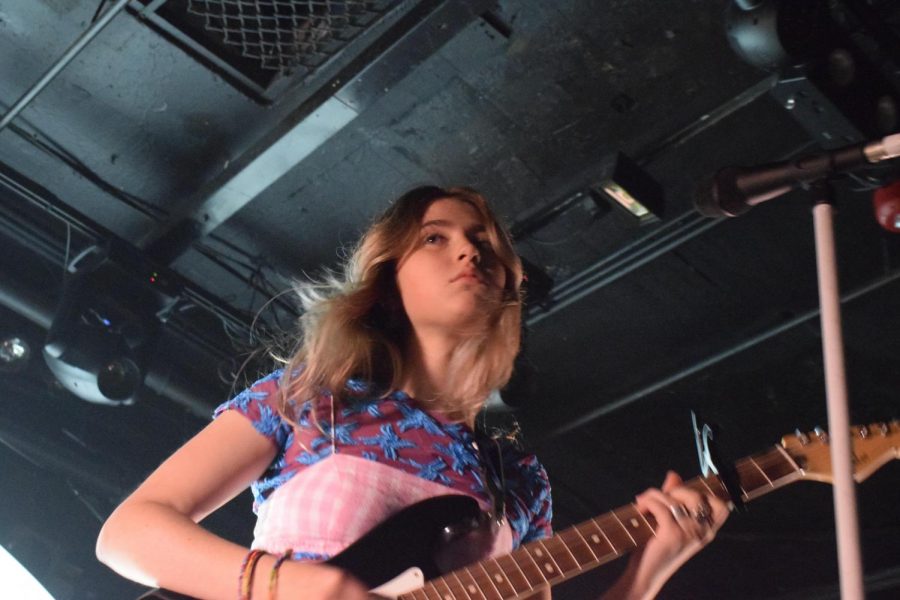 The 21-year-old musician performed for a jam-packed venue

Bedroom-pop singer Clairo performed two sold-out shows at the Paradise Rock Club on Nov. 20 and 21. The Nov. 21 show closed out her almost completely sold-out “immunity” North American tour, which was a homecoming for the artist, as she is originally from Carlisle, Massachusetts.

Paying homage to the Bay State, Clairo, or Claire Cottrill, opened her show with the first song on her album “Alewife.” Named after the most outbound stop on the Red Line on Boston’s MBTA system, the artist offered special, limited edition sweatshirts bearing the “Alewife” name, only available at her hometown shows.

Clairo spoke about how strange it was to perform at the Paradise Rock Club, when she herself had seen the Arctic Monkeys in 2015 at the same venue. She jokingly apologized to the fans stuck behind the wide poles in the club, stating she knew exactly how it felt to be where they were.

Although Paradise Rock Club is a larger venue in Boston, Clairo was able to make the performance space feel small and intimate by constantly reaching out to fans in the crowd and putting herself on the same level as them. Her soft, lo-fi sound also helped keep the venue intimate, as you felt like you were at home with friends rather than out at a concert.

Her stripped-down songs about blossoming love, experimentation and everything in between had the crowd jumping in unison, even if the singer herself remained rather stationary.  This is partly due to an auto-immune disorder Clairo suffers from, which makes it painful for the singer to move around too much, according to an article with Pitchfork.

Clairo closed out her set with an acoustic version of an unreleased single she said she wrote in Portland, Oregon a few weeks before. The singer took center stage with a guitar and no accompanists, which was a bold choice, considering she was ending the last concert of her first tour with a song no one knew.

Fans weren’t surprised, however, when Clairo rushed the stage for her encore, as the singer had yet to perform three of her biggest songs that night. Clairo truly closed her tour out with “4ever,” “pretty girl,” the song that launched the singer into stardom, and “I Don’t Think I Can Do This Again.”

Joining Clairo on-stage for her last song were her two opening acts, Hello Yello and Beabadoobee. The stage was filled with the young musicians singing-along, dancing and congratulating Clairo for her final performance. A mini-party started after the singer finished her last song, with many of the performers drinking to celebrate their last night on tour.

Clairo will finish the year touring Europe, but will be back performing in the United States in late March, and her music can be found on all platforms.