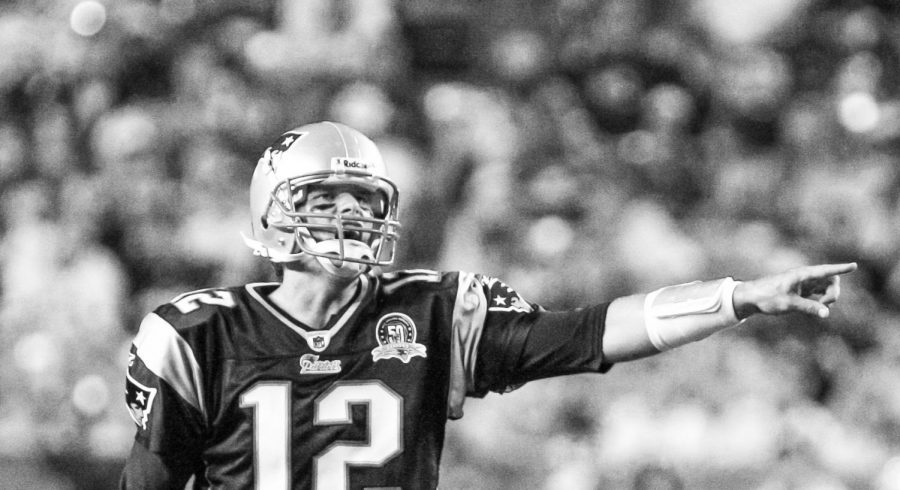 As the playoff race approaches, the Patriots are in their usual race for the No. 1 seed in the American Football Conference (AFC). Currently sitting at 10-3, the Pats currently hold the No. 2 seed behind the Baltimore Ravens, led by the MVP frontrunner Lamar Jackson. Despite the Patriots nearly perfect home record, Patriots fans and professional analysts alike are heavily criticizing the Patriots after their recent 23-16 loss to the Kansas City Chiefs.

The Patriots of the first half of the season are a completely different Patriots than the ones we are currently witnessing. Brady and company started out the season 8-0, and are 2-3 since that win streak ended. Patriots haters from all over the internet attribute this to the fact the Patriots had an incredibly easy schedule the first half of the season. They only played two teams that currently have a winning record (7-5 Steelers and the 9-3 Bills). Again, the Max Kellerman’s of the world said the Patriots have been benefiting from an incredibly weak AFC East division.

The people making these arguments have a valid point, but they aren’t considering all the factors that have caused the Patriots recent troubles. While New England did beat all of their division opponents in their eight-game win streak, that included the now 9-4 Bills, who are on the hunt for the division title themselves.

It is no secret that Tom Brady and the Patriots offense have struggled over the past couple weeks. During the win streak, the Patriots were averaging 31.25 points per game (PPG), and in the last four games, they averaged 17.6 PPG. Brady completed 64.2% of his passes in the first half of the season, and only 54.46% of his passes in weeks nine through 14.

These statistics are fuel for the “Brady is done” movement. “See what happens when he plays a real team” has been a common attack in recent weeks. But the fact of the matter is that the quality of Brady’s receiving core has been on a downward spiral all season.

At one point in the season, Brady’s receivers included Julian Edelman, Demaryius Thomas, Antonio Brown, Josh Gordon, Phillip Dorsett and Jakobi Myers. That list now only consists of Edelman, Dorsett and Myers, along with the addition of rookie N’keal Harry and Mohammed Sanu.

Brady’s remaining receivers have been less than outstanding. Edelman has been playing through a chest injury. Dorsett had a short stint with a head injury. In four games, N’Keal Harry has only been targeted 10 times, while only catching five of those for 40 yards and a touchdown. That yardage includes Harry’s only catch against the Chiefs, in which he was called out at the 3-yard line despite clearly being in-bounds. The play would have resulted in a touchdown for the Patriots, and was one of the two Patriot touchdowns of the night that were lost to horrific officiating. Stephon Gilmore recovered a fumble from Travis Kelce and had a wide-open path to the end zone, but the referees called the play dead while Gilmore was in stride.

Myers has been a frequent target for Brady, but the two clearly aren’t on the same page in certain situations. Brady was visibly frustrated with Myers early in the game vs Houston. Brady threw the ball to where Myers would have been if he kept running upfield, but the rookie instead came back towards Brady as he scrambled. The pass fell incomplete and the Patriots were forced to punt. Myers also failed to complete an end zone catch against the Chiefs, as he failed to keep Brady’s well-placed pass from touching the turf.

Despite recent struggles, the Patriots defense is still putting up record numbers. They are giving up a league-low 12.9 PPG, while allowing only 264.8 yards per gamewhich also leads the NFL. These numbers are impressive regardless of the teams the Patriots played. So, any attacks on this defense are simply irrelevant. They only allowed 23 points to the Kansas City offense lead by Patrick Mahomes and Tyreek Hill, six points lower than their season average of 29 points.

No other team with a 10-3 record would ever be under as much criticism as the Patriots are. As long as Brady still straps up every Sunday, the haters will always attack the Patriots for their unprecedented level of success. And once again, their arguments are ill-advised and only utilize the facts that benefit their case.