Taking the lead on climate change in Boston 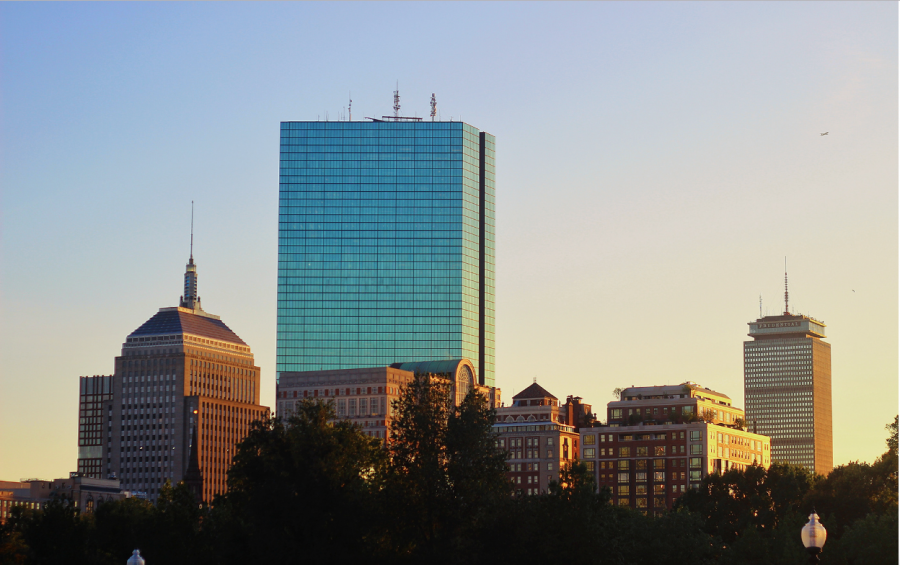 A view of Boston, with the Prudential building and Back Bay in the background

Currently, the number one most energy-efficient city in the United States, according to the American Council for an Energy Efficient Economy, is Boston, Massachusetts.

This is largely in part to the city’s commitment to become carbon-neutral by 2050 and is the reason why Boston is a leader in the domestic community working to confront the effects of climate change.

Boston took its first major step in combating climate change by releasing its initial Climate Action Plan in their 2007 initiative.

According to the climate action plan, the city has set ambitious goals to reduce emissions, prepare for the impacts of climate change, as well as employ strategies to reach them.

In 2014, these sanctions were further strengthened when Marty Walsh took over as Boston’s mayor and the Climate Action Plan has since become a substantial tool that has evolved into a definitive strategy.

Peyton Jones, a communications manager of Greenovate Boston who is working to implement the city’s Climate Action Plan, says she feels confident with the initiatives most recent improvements this year.

“The climate action plan update has set [Boston] on the right track to meet the goals of the Paris Agreement,” said Jones.

Buildings, transportation, energy supply and the overall creation of a carbon-free community are the primary areas of focus. Each with a specific purpose, the city believes the adjustment of these four pillars can help topple the giant that climate change has become.

“Everything in our climate action plan is a priority, so at this stage I think we’re in a really good place to move everything in the plan forward,” said Jones.

In order to fully transition to cleaner energy, Boston will adopt carbon-neutral district energy microgrid systems which store electrical energy. According to the Climate Action Plan, the city will “support state policies and programs that further decarbonize the region’s and Boston’s energy supply.”

Communities in the area will also be able to act directly through municipal aggregation, or community choice energy.

Through this program, residents will be able to buy energy communally in order to satisfy the varying demands of different neighborhoods in terms of cost, as well as the kind of power that will be used in their homes.

To get citizens fully engaged in the Climate Action Plan, city leadership has prepared to “Greenovate the City of Boston.”

As a central resource for fighting climate change, Greenovate allows citizens to get involved through leadership programs, work to become ambassadors of the organization, as well as find out when there are local clean-ups happening in their areas.

“Greenovate Boston leaders program is absolutely the most successful of our programming,” said Jones.

“The theory behind that program is you train the community leaders and activists within different neighborhoods in Boston to be fluent in the local impacts of climate change on the city of Boston, and what actions individuals can take to address climate change and mitigate it and prepare for it,” said Jones.  “As a result, we not only are connecting with those leaders in the community and giving them these tools, but they, after the training, go forward and use them to take action.”

The city’s website, Boston.gov/environment, offers several different outlets residents can use to get involved in the environmentally-friendly initiative using the city’s new climate action toolkit.

“This resource allows a resident to go in and select which action they feel like they can take,” said Jones. “So if someone’s already recycling, kind of like what is the next step? Or if maybe someone who hasn’t ever really thought about waste and their consumption, they can go to the toolkit and learn how to recycle properly. So it allows residents to tailor whatever action they may want to take, to wherever they are in the engagement ladder.”

Last year, the United Nations released a scientific study detailing results that show there are only 12 years left to reduce the effects of climate change before they become irreversible.

Cities across the country are responding to climate change by working harder to become more environmentally conscious.

As the most energy-efficient city in the country, Boston has taken the lead, steps ahead of others, in order to stand up to this threat.