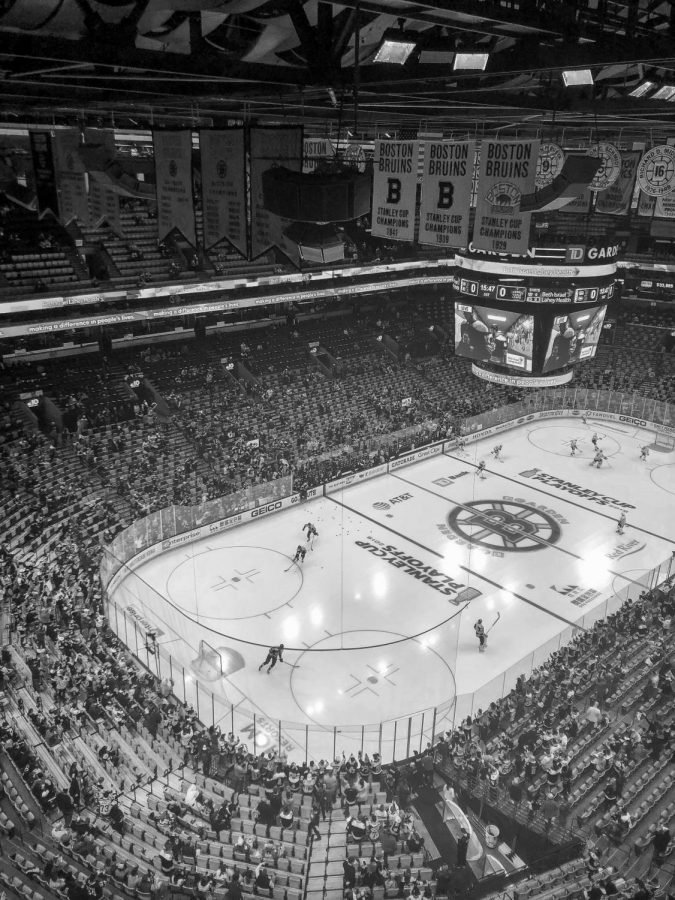 History always finds a way to repeat itself, and this has been the case for the Boston Bruins in the first round of their playoff stretch. With their 5-1 win over the Toronto Maple Leafs in game seven, the Bruins will take the ice with the Columbus Blue Jackets in the Eastern Conference Semifinals.

Boston and Toronto met for the third time in a game seven in the past seven years, with the Bruins out skating the Leafs each time. In their most memorable match up in 2013, the Bruins trailed the Leafs 4-1 in the third period. Boston would come back to tie the game and force overtime (OT). Patrice Bergeron sealed the deal six minutes into OT, sending the Bruins to the next round.

Toronto’s playoff stretches have continually been cut short and the team hasn’t won a Stanley Cup since the 1966-67 season. Since the Leafs 2005-06 season they have either not qualified for the playoffs or been knocked out in their first round of play.

While the Bruins managed to secure home ice advantage for the first round, this did not seem to matter to both teams. Through six games both the Bruins and Leafs had a 1-2 record at home.

Challenges still lie ahead for the Bruins as they advance further towards winning their first Stanley Cup since 2011. Suffolk University junior Paul DeAngelis said in an interview with The Suffolk Journal that the Bruins will have to fight harder to make it past their next opponents.

“I think the biggest problem for the Bruins moving forward is definitely goal scoring,” said DeAngelis. “The bottom lines have to continue to step up and convert their chances like they did in game seven. The next round will be tough, but I think the Bruins will win in six.”

Suffolk junior Jamie Gatlin said that the Bruins have made it this far because of a full team effort. He added that it also helps when players like defenseman Charlie Coyle step up at exactly the right times. Coyle has already tallied three goals and four points throughout the playoffs so far.

Brandon Carlo has also been one of the most underrated players on the ice for the Bruins. In game six, the 22-year-old Bruins defenseman logged the second most total time on ice and most time during the penalty kill. While he’s no top scorer, Carlo has been crucial in defending the Bruins zone.

“To be honest, with [the Tampa Bay Lightning] out, the road to the [Stanley Cup] is wide open and I think they have the best shot,” said Gatlin. “They may not have the most talented roster on paper but they have the depth and experience.”

The Bruins currently hold a 17-4 Conference Semifinal record, but on the other side are 6-13 all time in the Stanley Cup Finals.

Game one between Columbus and Boston is expected to be on Thursday at TD Garden. While Columbus was one of the worst regular season finishers to make the playoffs, they just recently shocked by sweeping the Tampa Bay Lighting. Tampa had a record-breaking year tying an NHL record for the most wins in a season with 62. While impressive many hockey fans know that in playoff hockey highly seeded teams rarely are the ones to win the Stanley Cup.