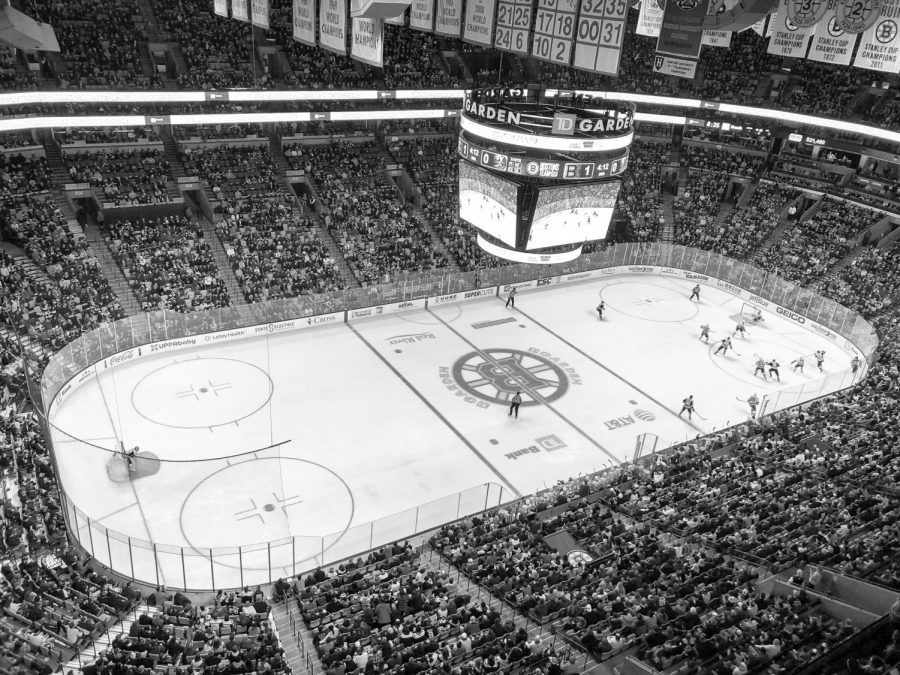 For the third consecutive year, the Boston Bruins will be competing to take home the National Hockey League’s most prestigious award: the Stanley Cup.

The Bruins are looking to improve on two consecutive unsuccessful runs, losing in the first round of the Stanley Cup Playoffs back in 2017 to the Ottawa Senators and in the second round of the 2018 playoffs to the Tampa Bay Lightning.

Much like last season, the Bruins are destined to play the Toronto Maple Leafs in the first round of the Stanley Cup Playoffs- an opponent in which the black and gold topped in seven games last year, four wins to three.

Sitting at 105 points on the year compared to the Maple Leafs’ 99 with only two games remaining, the Bruins have successfully clinched home-ice advantage for the upcoming series.

Bruins fans all around Suffolk University are hoping for a similar result in the first round of the playoffs, but an even further run as the playoffs progress.

Senior psychology major Steve Harber acknowledges that the first-round matchup against the Leafs will certainly be a struggle, but expects a good result.

“It’ll definitely be a challenge,” said Harber in a recent interview with The Suffolk Journal. “Toronto is a quick team with high scoring ability, especially with the addition of [John] Tavares. With the resilience this year’s Bruins squad has shown, as long as they can expose Toronto’s defensive issues then I’d expect to see the Bruins [win the series] in five [games].”

The Bruins head into the playoffs led by their potent first line, centered by assistant captain and two-way threat Patrice Bergeron. Bergeron is a four-time Selke trophy winner for the league’s best defensive forward and on top of that, the center has 32 goals and a career-high 78 points in only 63 games.

Left winger Brad Marchand and counterpart to Bergeron on the first line, leads the team with 100 total points. His offensive output has totaled the most points by a Bruin since Marc Savard’s 96 points in the 2006-07 campaign.

Unlike last year though, the first line is not where the threat ends for this Bruins team. The Bruins were criticized last season for only having a strong top line, but the output by lines two through four this season has provided encouragement among fans.

David Krejci, the team’s second line center, has totaled 71 points for only the second time in his career. If the team is to make a deep playoff run, it has proven in the past that Krejci will need to be key. Krejci led the playoffs in points in 2011 and 2013- in both years, they made the Stanley Cup Final.

In addition to the team depth, senior journalism major Tom Dufton believes the intangibles are what separates this year’s squad.

“The Bruins can go on a slide or mini slump, but the heart this team has prevented them from giving up,” said Dufton in a recent interview with The Journal. “They have a fight in them I haven’t seen since 2011.”

Though the Bruins have largely impressed, some fans have expressed concern about goaltender Tuukka Rask’s play late in the year, as many people blame the net minder for the recent collapses this season.

To add to the concern, Rask posted a below average .883 save percentage throughout the month of March.

Despite the low numbers down the stretch, Harber expressed confidence in Rask, as well as backup goaltender Jaroslav Halak to shut the door if called upon in the postseason.

“The Bruins have a tremendous duo in net this year,” said Harber. “In Rask’s defense, the defensive core of the Bruins had to deal with injuries throughout the month of March, exposing him to more shots. Rask and Halak have both stood strong in net throughout the season, so if Rask’s play is questionable, I have confidence in coach Cassidy’s judgement as to whether we see Halak in net for parts of this postseason. If we do, I think he has what it takes to give the Bruins a chance at a deep run.”

The Bruins will look to close their season on a high note, as they play their second-to-last tilt on Thursday against the Minnesota Wild.