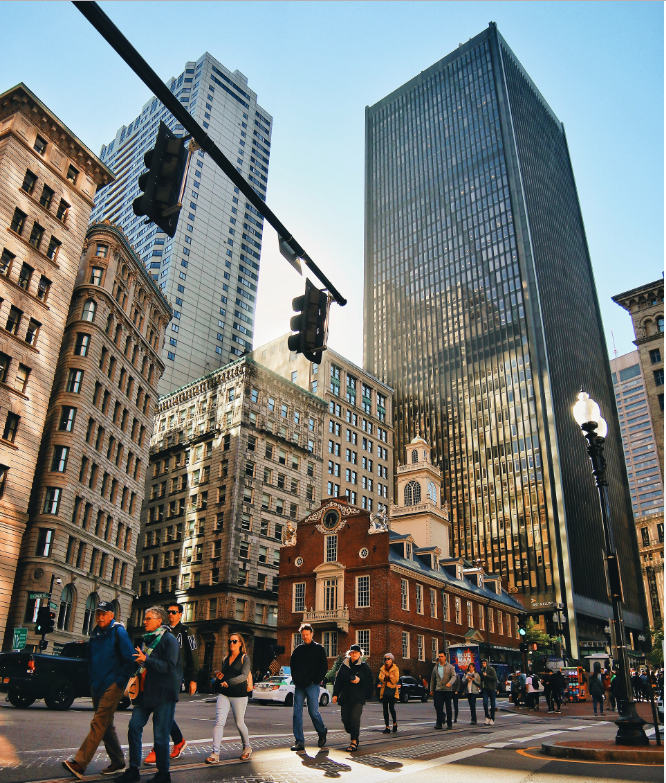 For Alexandra Sargo, a sophomore accounting major at Suffolk University, finding affordable housing in Boston has become so difficult that she is commuting to school from her home in Providence next semester.

Sargo currently pays $600 a month in rent plus utilities for a room she said is the size of a storage closet in an East Boston apartment she shares with five other students. Despite having both a part-time and full-time job, Sargo is just able to pay her rent each month and has been unable to find any cheaper housing in Boston.

“It is just too expensive for me to be living in the Boston area,” said Sargo in an interview with The Suffolk Journal. “The money I am scraping together each month for rent is money I could be using for other things, such as paying my loans off or buying a car.”

Sargo said she has only looked for housing in the East Boston, North End and Fenway areas because living any further from school would mean a similar commute time from her home in Rhode Island, and she would still have to pay rent on top of paying for transportation. However, she found that living any closer to Suffolk would mean having to pay an extra $400 to $500 a month in rent.

“I’m nervous as to how this will affect my school work because after going to classes all day, I will then have to go to work all night and then I will have an hour commute home, meaning I won’t get home until midnight,” said Sargo. “It’s going to add so much extra stress in my life when I’m already stressed out enough from school and work.”

Sargo isn’t alone in her struggle to find affordable housing. According to a National Low Income Housing Coalition report, almost half of renters in America spent more than 30 percent of their income on rent in 2016 and were considered to be cost-burdened households as a result.

The report also found that a household in Massachusetts had to make $28.64 an hour and work at least 40 hours a week, every week of the year, in order to afford a two-bedroom apartment without spending more than 30 percent of their income on rent.

On top of this, minimum wage workers in Massachusetts had to work 104 hours a week to afford a two-bedroom rental home in the state.

A report by The Joint Center for Housing Studies at Harvard University shows that the American renter’s median earnings has risen five percent since 1960. In the same amount of time, rents have increased by 61 percent on average.

At a discussion in Cambridge about his new book “Generation Priced Out – Who Gets to Live in the New Urban America,” attorney and activist Randy Shaw explained why millennial are disproportionately affected by the lack of affordable housing in Boston and across the country.

“What we have is not an equal opportunity crisis,” said Shaw. “Yes, we have low-income Baby Boomers, we always have and we have homeless Boomers, but the reality is Boomers who were teachers were able to buy a house in San Francisco in the 1980s. Boomers did not graduate college owing $100,000 in debt.

“What we’re doing to millennial is saying we’re going to strap you with massive college debt and graduate school debt and we’re going to give you rents in San Francisco where it’s $3,300 for one miserable apartment,” said Shaw. “That’s not fair.”

Shaw said the rise in rent and lack of affordable housing across America stems from a number of bad policies and lack of proper tenant protections.

“Tenants have to deal with horrible living conditions that eventually force them to move out just so landlords can raise the price of the apartment for the next tenant without fixing the problems,” said Shaw. “And in some cities like Austin, tenants have no rights.”

Rent control, which would limit how much landowners could charge for rent, was outlawed in Massachusetts in 1994. Since then, housing developers and landlords have been relatively free to raise their tenants’ rent.

Shaw said places like Somerville and Jamaica Plain have yet to recover from the affordable housing shortage because rents continue to increase unchecked.

“Massachusetts has to revisit this issue [of rent control] because you’re not going to be able to stabilize tenants without stabilizing rents,” said Shaw.

He also said the two-thirds majority that is currently needed to approve any new housing development in Massachusetts should be abolished.

“I learned about Massachusetts being the birthplace of town meetings, and in those town meetings, the majority ruled,” said Shaw. “Supermajorities are anti-democratic, and the fact that we picked housing to be decided by the supermajority was put in place by people who don’t want housing.”

Starting in the 1970s, zoning laws that allowed only single-family homes to be built-in neighborhoods became popular in many places across the country. Before then, Shaw said nobody minded living in neighborhoods that were a mix of apartments and single family homes.

“We know the roots of these exclusionary zoning laws. They’re racist,” said Shaw. “What happened in the 1960s? Suddenly, you couldn’t have racial restrictions [segregation]. When racial covenants were gone, home owners found other ways to make sure certain ethnic groups did not live in their neighborhoods.

“Now, if you talk about building a fourplex in a single family home neighborhood, people are like ‘you’re destroying our neighborhood character!’ ” said Shaw. “People find all kinds of reasons to deny housing and that’s why we’re in this mess.”

Ben Chan, a senior at Suffolk, said in an interview with The Journal that the recent development of new, more expensive apartments in Boston, along with the more college students moving into off-campus housing in the city, has also harmed certain neighborhoods.

“Because of the gentrification of neighborhoods like Dorchester, Roxbury, Mattapan, the South End and Back Bay, [new populations] moving into these neighborhoods have the domino effect of long-term residents who have been there since the ‘80s, ‘70s, or even ‘60s- many of them minorities or immigrants getting priced out,” said Chan.

As a legislative intern for Massachusetts State Representative Aaron Michlewitz (D) last summer, Chan studied Boston’s housing shortage and found a rising number of Airbnbs and other short-term rentals springing up in the city to accommodate tourists and those staying in Boston for a short period of time.

While Chan said that short-term rentals do promote tourism, these units ultimately reduce the housing supply for Boston natives or those looking to live in the city long-term.

“I’m not saying Airbnb and short-term housing businesses like it are bad, since they do help the economy, but if we’re taking out some of the apartments or homes needed for current residents or college students, these homes often sit empty or they are being used in a way that’s really negative to the neighborhood,” said Chan.

Chan said in some Boston area neighborhoods that have these short-term rental units, vandalism and property damage is severe, noise can be a problem and police are sometimes called to respond to issues in the units. While Massachusetts was one of the first states to regulate Airbnb, Chan said Boston still needs to do more to in dealing with the housing shortage.

“We need to focus on neighborhoods where we are finding empty properties, empty lots and really using that space for affordable housing. Like where there is surface level parking lots on Newbury Street or in other areas,” said Chan.

Shaw said the misleading use of “luxury housing” is one of the many frustrating aspects of the housing crisis.

He said another frustrating part of the crisis is the contradictions between the political views and housing policies in many areas.

“Berkeley, Oakland and San Francisco are three of the five cities that voted most heavily against Donald Trump in 2016, so they’re very progressive cities,” said Shaw. “All of them have land use policies that instead of trying to protect and preserve working and middle class people, which the cities claim they want to do, they’re doing the opposite.”

Shaw also found that this is contradiction is apparent in Cambridge and the Boston area.

“Cities need to step up and take care of their homeless and those who make too much to be in government subsidized housing, like teachers, but not enough to be in regular housing,” said Shaw.

Sargo agreed that Boston needs to make living in the city easier for populations like students.

“Considering most of us pay for rent, other bills, student loans, food, etc, it’s almost impossible to live off-campus without struggling at least a little bit,” said Sargo.

While students like Sargo and members of low-income households continue to unsuccessfully find affordable housing in Boston, the city said it is making an effort to fight the ongoing housing shortage.

In February, Boston Mayor Marty Walsh unveiled a plan to build 53,000 new housing units by the year 2030. While it is unclear how many of these units will be affordable for low-income households, Walsh said in January that he wants to make developers of non-residential buildings pay more money into affordable housing funds.

If Walsh’s administration does not achieve this goal or set more goals to fix the housing shortage, Chan predicts that more students will be pushed out of Boston over the next decade as people continue to move into the city.

“In my experience of four years at Suffolk, students haven’t been pushed out [of the inner city] severely,” said Chan. “But if we don’t create enough new affordable housing, I think we are going to be in serious trouble.”