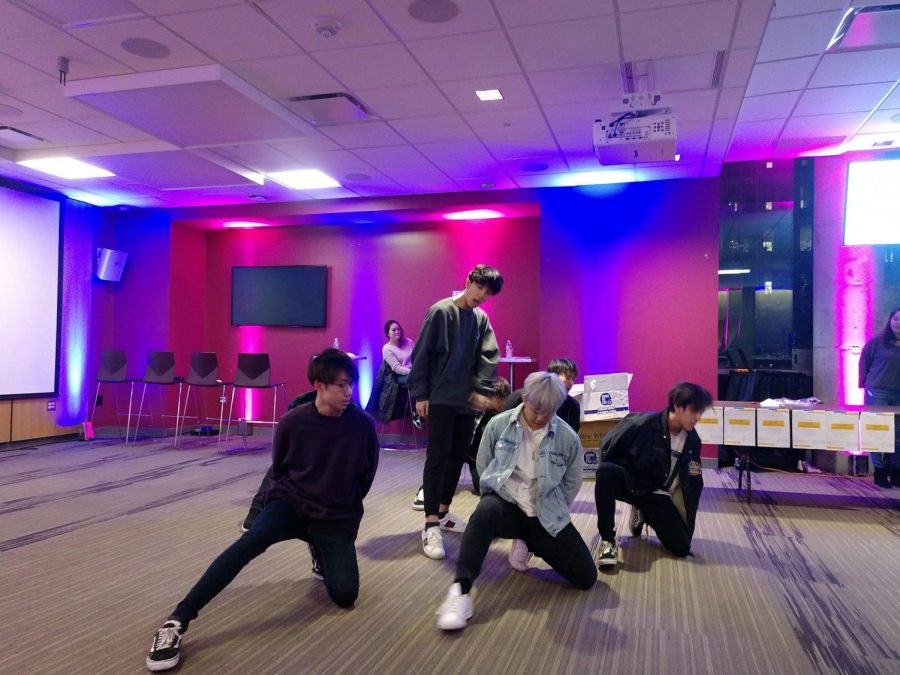 With a campus built around the idea of inclusion, it is vital that students feel at home even if they are thousands of miles away from it.

At Suffolk University, students have access to a plethora of clubs and organizations that work together to create a diverse student body. Hosted by the Asian American Association (AAA), a total of eight different clubs collaborated to put together Asia Night last Friday – a celebration of Suffolk’s Asian cultural groups.

“We tried to get away from tables, the whole idea of Asia Night is togetherness, celebrating Asian culture together,” said Brandon Wong, AAA president in an interview with The Suffolk Journal. “Last year people were separated, there was no music, so I took all my notes and did the complete opposite.”

With music DJ’d by Suffolk’s own WSFR, Fusion Dhamaka took the floor first. The Bollywood and Korean pop (K-pop) group put on a dazzling performance under purple and blue lights while a crowd of flashing phones accompanied their energetic dance moves. The all-girl dance crew had routines to a mix of modern and throwback American songs as well as Asian pop music.

They were followed by the K-pop dance crew East Side Elements.  The group’s set featured choreography to hip-hop music by artist Kendrick Lamar infused with K-pop music hits such as Exid’s “I Love You.”

“The dance crews were an impromptu last-minute idea and we thought it would be great to partner with Fusion Dhamaka,” said Wong. “Korean culture happily paid for the performance by East Side Elements, a K-pop dance crew who we’ve worked with in the past and they’ve never failed to amaze us.”

Part of the night was spent introducing students to a variety of authentic dishes from each of the countries represented at the event.

Many students spent the night dancing but those that wanted to take a break could head over to where the VGA had set up head to head gaming for attendees to enjoy.

All the games that VGA brought were created by Asian game developers, but the one that had everyone’s attention was Tetris. Equipped with four controllers, friends could race against the blocks for the title of game champion.

“It feels amazing, I didn’t realize how fun it would turn out to be, the decorations look great, AAA and the other clubs really pulled it all together so well,” said AAA secretary Leah Magno in an interview with The Journal.