Global Commentary: Time for U.S. to take the global stage with Russia 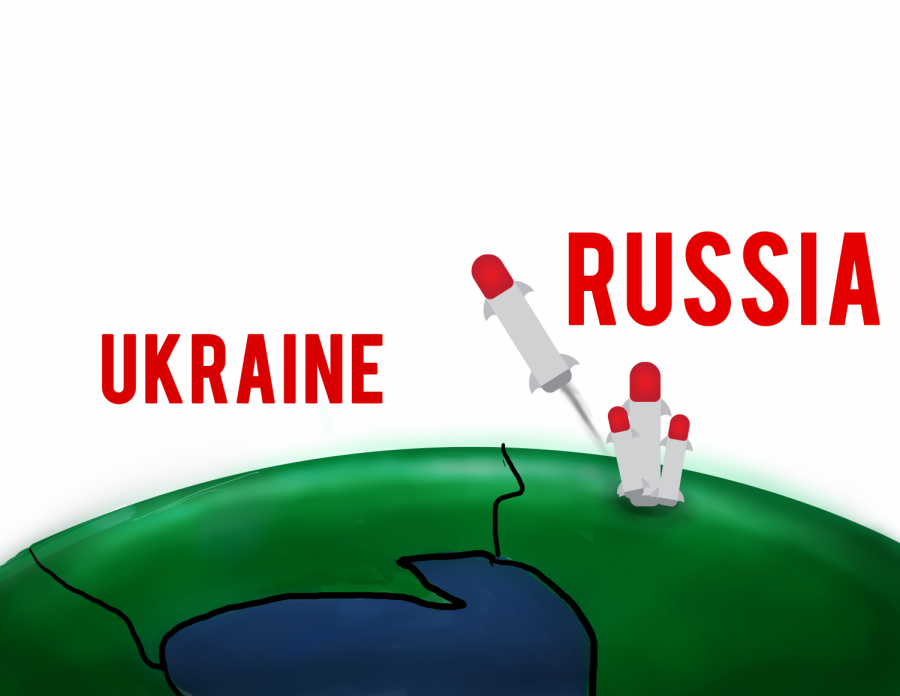 Events like the attempted assassination of former Russian Intelligence officer, Sergei Skripal, the illegal annexation of Crimea and the downing of Malaysian Airlines Flight 17 have been brought up in the United States media, however, these short-lived stories have been drowned out by U.S. national matters.

Since 2014, Russia has been the aggressor in a fairly overt proxy war with neighboring Ukraine. The Russians annexed Crimea after Russian separatists in the Ukraine took up arms and sought refuge under the Russian flag, according to The Washington Post. The Russians intervened and assisted the separatists in achieving victory with minimal resistance from Ukraine’s allies.

Russia has since fortified the peninsula, adding thousands of soldiers, with no thought of returning the illegally obtained territory, according to newsweek.com. Ever since this incident Eastern Ukraine has been hotly contested.

In March of 2018, former Russian Intelligence officer, Sergei Skripal was poisoned by a highly-lethal nerve agent, known as “Novichok.” Skripal, a former spy for the USSR, was living in Salisbury, England at the time, when two Russian nationals were able to contaminate his front door at his home with the toxin, according to BBC News.

Skripal survived, but he and many others were treated extensively for their exposure. An innocent bystander who found the dropped bottle of Novichok, which the assassins had disguised as a perfume bottle, sprayed herself and died as a result just one week after the incident occurred with Skripal.

On Sunday, November 25th, three Ukrainian ships were fired upon and rammed by Russian forces, resulting in six sailors being injured. The entire crew was detained and their boats were seized, according to NBC.

This occurred at the beginning of the Kerch Strait, a passage of water separating the Russian-occupied Crimean Peninsula from mainland Russia. The Russians accused the Ukrainians of illegally entering their waters, even though Russia illegally obtained the territory in question. The Kerch Strait gives way to the Sea of Azov, host to many important Ukrainian seaports – to block them would result in dire economic problems and create further instability in the region.

This is also worrisome because it is the first time Russian ships have blocked Ukrainian boats from entering the Sea of Azov. The two nations even signed a treaty in 2003 that allowed both access to the area. The week prior ships could enter without issue.

However, this time the Russians were waiting for Ukrainians to access the strait, a large oil tanker was seen beneath the Russian-made bridge, effectively blocking any ships from entering. Moscow claims they blocked all shipping from the strait as they had received terrorist threats to blow up the bridge.

It is unclear what Putin’s next move is, but the world should not be surprised if there is a massive land invasion of Russian troops in Ukraine. All the pieces are there, troops are mobilized, tensions are high, and most of the world is ignoring or avoiding this issue.

President Donald Trump’s response has been minimal, his relationship with Putin is strange at best, as is the case with many other world leaders. Trump refuses to act on Saudi Arabia’s illegal murder and attempted cover-up of journalist Jamal Khashoggi, citing he believes their Deputy Prime Minister, Crown Prince Mohammad bin Salman’s story instead of the CIA report.

Whether or not the Russians meddled in the 2016 election is up for debate, but they certainly are benefitting from the result. Trump’s constant barrage in the media has distracted many from seeing issues taking place on the global stage and they are now beginning to ramp up.

Trump intends to put America first, but this isolation mentality has allowed other countries to commit atrocities virtually unchecked. His estranged relationship with NATO can be repaired, the other 28 members of the alliance share a similar opinion on this matter.

If Trump and NATO do backup Ukraine, it would be symbolically putting a foot down. This kind of aggressive and malignant behavior is utterly unacceptable in today’s age.

Furthermore, the U.S. and other nations in NATO sacrificed a lot while fighting the tyranny and aggression of the USSR for nearly five decades in the Cold War. To fall back on the monumental progress so many before us would be detrimental to U.S. legacy and success.

The next few weeks are important. Trump has already canceled a meeting with Putin as a result of the Kerch Strait incident. Putin has allowed some Ukrainian ships to pass through the Strait as of December 4th to ease some tension, but there is certainly more than can be done.

Trump often touts the U.S. will no longer be pushed around, yet world leaders like Putin and Bin Salman are testing how far they can go. The pressure is mounting and a lot is on the line. Now is the time for Trump to take his eyes off his Twitter feed and put them where they belong – on the global stage.