In its eighth year of production at Boston the Opera House, the historic ‘The Nutcracker’ takes center stage and is scheduled to run through December. 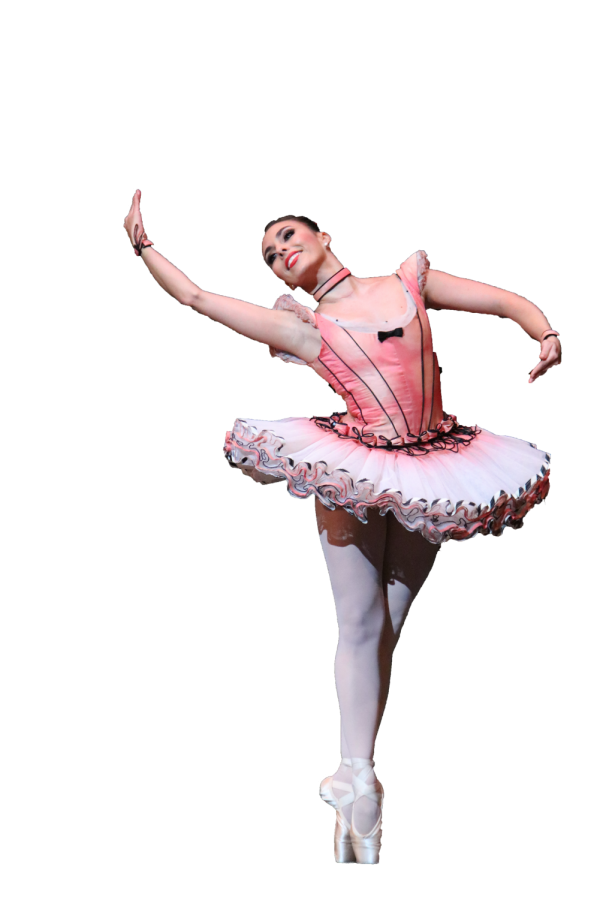 For over 100 years, “The Nutcracker” has earned its place as a Christmas favorite, often symbolizing the beginning of the holiday season. This year was no different, as the classic ballet made its way to the Boston Opera House for opening night on Nov. 29.

The ballerina’s pink, flowy dresses, the sugar plum fairy’s eye-catching sparkle and large fuzzy animals also made for a fantastic costume design. The rats and bears resembled what the costumes looked like in the 1890’s when the ballet originally premiered, adding a bit of eeriness to what is usually, and still was, a beautiful costume design.

One of the more unique features of Artistic Director Mikko Nissinen’s “Nutcracker” are the comedic choices he has made to the classic ballet. Whether it was the Rat Army striking ridiculous poses as the clock struck midnight, the fluffy Teddy Bear’s dramatic leaps or the Gingerbread man allowing the Rats to eat him, the audience was both amazed and amused by the dancers.

A notable scene from Act I took place at the holiday party, when the Harlequin Doll and ballerina were opened from their boxes to entertain the children and party guests. The Harlequin doll smoothly jumped through the air and the ballerina was effortlessly able to balance on her toes, dancing en pointe. Their stiff movements, unlike the normal grace and flow of a ballerina, made the dancers give a very convincing performance of being made of porcelain and ceramics. 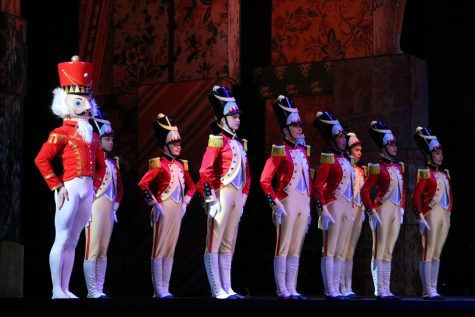 The second act kept the comedy to a minimum, allowing the technical skills of the Ballet’s soloists and Principal Dancers to shine. For example, the exquisite dance between the Snow King and Queen was romantic enough to satisfy anyone’s childhood dreams of princesses and fairytale lands. The fake snow falling on the stage perfectly set the scene for a magical winter wonderland, making the audience feel as if they are in a storybook.

After each dance in Act II, the dancers were met with thunderous applause, well deserved after completing pieces that left the audience cheering with delight and clapping in awe.

One of the principal dancers who stood out the most was the toymaker, portrayed by Matthew Slattery, who glided through every move while never breaking character. He humored the audience in the beginning with the creation of the nutcracker and he lovingly cradled Clara, the young girl who the nutcracker was given to, in his arms whenever the toy broke or she was visibly crying.

Classic scenes like the growing of Clara’s Christmas tree and Mother Ginger’s dress were perfectly executed, delighting the audience both young and old with their seemingly magical transformations.

Although the choreography was spectacular, there were some moments where not all of the dancers were in sync. This could have been the result of opening night jitters or a new cast performing together for the first time, but nevertheless it was still noticeable to the audience.

This performance, the Ballet had two casting changes. For the Chinese dance, Isaac Akiba took the place of Irlan Silva as the lead male dancer. Even more nerve wracking was the casting change for Clara, who was played by Mia Steedle in place of Hannah Bettes.

However, neither of these casting changes impacted the show, as both dancers seamlessly transitioned into their roles without a hint of nervousness or doubt.

After each scene, the breathtaking set opened up into itself, expanding deeper and deeper towards the back of the stage. Although the set was not painted with intricate details or designs, it still gave the appearance of a high-end mansion or elegant palace.

The orchestra beautifully played Tchaikovsky’s composition, filling the theatre with iconic songs such as “The Dance of the Sugar Plum Fairy.” The instruments were powerful, but unexpectedly, the music was soft enough for the audience to hear the dancer’s feet land on the stage after each grand jeté and pirouette.

The Boston Ballet will continue their run of “The Nutcracker” through Dec. 30.