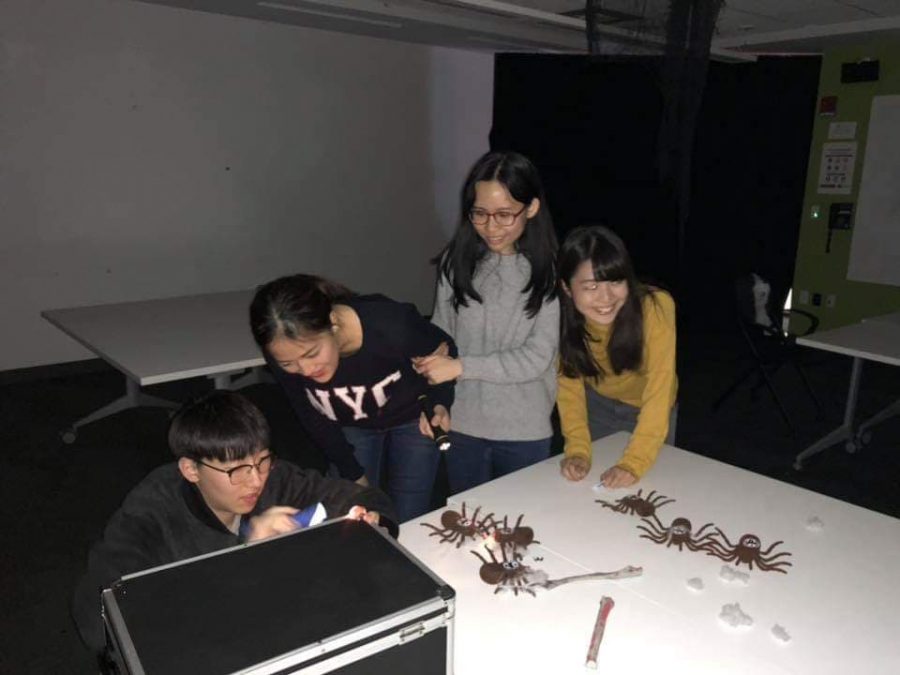 The Asian American Student Association (AAA) at Suffolk University has integrated itself in the campus community as a club with open arms to all that looks to share experiences with their peers through Asian culture.

This year the club hosted its “Escape the Room” night on the fourth floor of the Sawyer building. This innovative event is modeled after the popular commercial Escape Rooms where participants must solve puzzles and clues in order to escape a themed room.

AAA put their own spin on the idea by making Asian culture the theme of their event. The two rooms that participants had to escape from were based on stories from different Asian cultures.

“The story around escape room is if the team does not escape within thirty minutes the ‘creatures’ will get them,” said AAA President Brandon Wong in an interview with The Suffolk Journal. “And the creatures we chose are tied around Japanese and Malaysian lore.”

The first room the teams encountered was themed with spiders, paying homage to the Japanese legend known as Jorōgumo, or spider lady.

Once completing the challenges in the first room, teams had to brave the monster lurking behind the door of the second room. Screams could be heard through the walls as the students hurriedly tried to escape the clutches of the Orang Minyak. This so-called “oily man” uses black magic to abduct young people to sacrifice in order to survive.

“We just want people to have fun and to enjoy the spirit of Halloween,” said Wong. “We want students to know there is an Asian club on campus that’s open to all students. We do everything for Suffolk students.”

The members of AAA are excited for this year as they had a tremendous turnout of new students attend their first meeting of the year. They hope these members will help to grow the organization. This year, AAA has their eyes set on creating more awareness for the club and expanding the number of group members on campus.

“Anyone is welcome, that’s our biggest thing,” said public relations chair Anna Nguyen in an interview with The Suffolk Journal. “This is just a community we want to form where people are educated, but we also want it to be a social networking opportunity.”

The members of the e-board worked around the clock to put together the event, coordinating it months in advance.

“I am hoping they learn about the mythologies in the rooms because we did do a lot of planning into telling the stories,” said treasurer chair Sally Chen in an interview with The Suffolk Journal.

One of the reasons AAA decided to create this event was to help bring their club members, Asian students and all other Suffolk students closer together while also taking part in Asian culture.