More than just a game 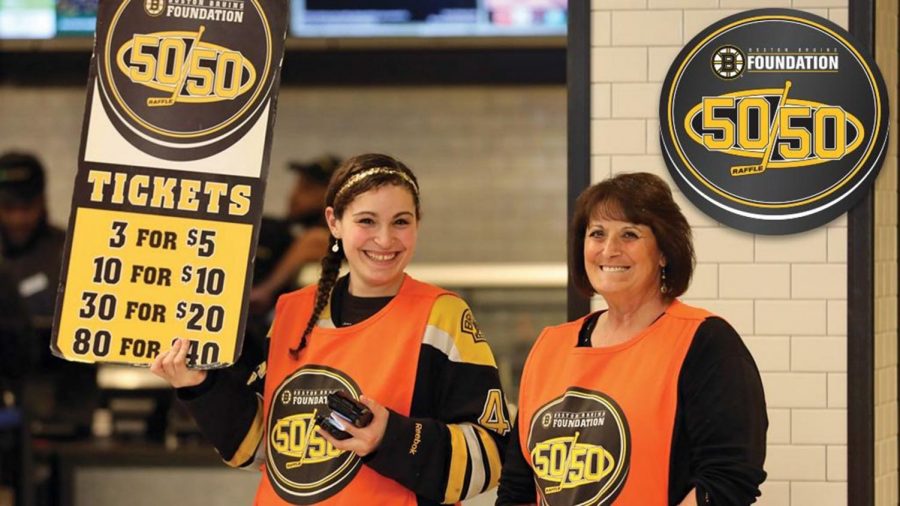 In the first round of the Stanley Cup Playoffs, where the Boston Bruins faced off against the Toronto Maple Leafs, the Boston Bruins Foundation held the usual 50/50 raffle, but this time, the proceeds reached far beyond the charity.

The foundation, which was established in 2003, is a non-profit organization that helps other charitable groups with goals of bettering the lives of children. So far, they have raised more than $28 million for various causes in the area.

Due to the recent tragedy faced by the Humboldt Broncos hockey team, the foundation found it a fit place to donate the proceeds to those impacted by the tragedy. As the raffle closed, more than $211,000 was raised to benefit families affected by the tragic bus crash, which took the lives of 16 members of the organization. Those lost in the accident included 10 players, two coaches, a statistician, a broadcaster, the bus driver and an athletic therapist.

The total amount raised not only shattered a Boston Bruins Foundation record for 50/50 sales, but also broke the United States record for most 50/50 sales in a single drawing. The original record was held by the Arizona Diamondbacks, who sold more than $100,000 in which the proceeds were split between the American Red Cross, 100 Club of Arizona and Phoenix Firefighters Charity.

Manager of the Boston Bruins Foundation and Suffolk University ‘09 alumnus Zack Fitzgerald was truly impressed by the amount of support for this cause.

“I’ve been with the organization for twelve years and have seen the 50/50 grow from raising less than $60,000 a season to now over $1 million this past regular season alone,” said Fitzgerald in a recent interview with The Suffolk Journal. “The fact that our first postseason game raised over $211,000 is an incredible feat. It’s a credit to our staff but more so the dedicated volunteers as well as our fans who step up to support so many worthy causes.”

More than 75 volunteers attended game one strictly to help sell raffle tickets in support of Humboldt. Those volunteers sold a majority of the $211,000 from an hour before game-time up until the end of the second intermission.

Reis Penna, a local volunteer at both Bruins and Celtics games, explained the atmosphere of the night.

“The environment was incredible,” said Penna, in an interview with The Journal. “Everyone was aware of the cause and were in full support. Some people even came back to donate multiple times.”

Bruins fans were not the only ones donating money to the cause. Blue and White jerseys were just as frequent as the Black and Gold, as the Toronto Maple Leafs fans showed their support for the families in their home country. Along with the fans, many members of the Garden staff, security and even volunteers participated in the raffle.

Donations ranged anywhere from $5 to $100. Many participants expressed their sorrows for the team, and the bond that hockey players share.

“If you’ve ever played hockey, you know the feeling of riding the team bus to a big game. That’s supposed to be one of the best memories of your life. That’s what makes this so tragic,” said one of the donors who wished to remain anonymous.

The Boston Bruins Foundation and their fans did not stop there. Just two days later, the foundation raised over $150,000 in sales for the family of fallen police officer Sean Gannon, of Yarmouth, MA. Once again, the volunteer turnout was strong, this time with the support of police officers from towns around Massachusetts, who donated their time as well to help raise money for the family of Gannon.

“The hockey community is a very close knit family and whenever tragedy occurs, the response is always incredible. It’s no surprise that our fans rallied to support [The Humboldt Broncos and Officer Sean Gannon] through our fundraising efforts,” said Fitzgerald.