Suffolk Madrid campus administrator speaks out on removal of art 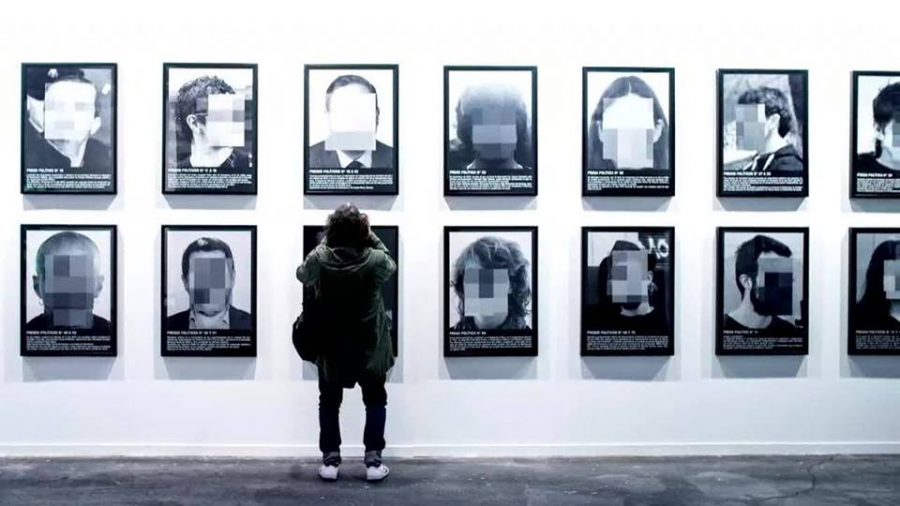 The ARCOmadrid art fair removed photographs of jailed Catalan politicians from a gallery on Wednesday. The artwork showcased pixelated photos of 24 politicians, activists, journalists and artists who have been imprisoned as Catalan separatists.

The exhibit was designed by artist Santiago Sierra who currently lives in Madrid. He is well known for creating controversial pieces. The faces of the art installation subjects are not discernable, but each blurred face is accompanied descriptions of the subject’s title, organization and criminal charges.

“Acts of this type give sense and reason to a piece like this, which precisely denounced the climate of persecution that cultural workers are suffering in recent times,” Sierra responded on Facebook.

Amy McAllister is the student activities coordinator for the Suffolk Madrid campus. She studied abroad in Spain in 1982, moved to Madrid in 1986 and has been living here ever since.

“It seems to me that the author of the artwork is a fairly incendiary-type artist who seeks out controversy,” McCAllister said in an interview with The Suffolk Journal. “Having said that, I do not agree with much of the way the Spanish government has handled the Catalan crisis.”

Sierra’s work is currently being held by Ifema, but has already been sold to an unnamed collector for $98,000. There are also booklets featuring Sierra’s piece that were sold during the show.

The region has a separate flag and language; Catalan. Last Fall a referendum was held in which Catalan voted for independence.

“Since the so-called election of Oct. 1, the Catalan question has digressed to the point of being more surreal each day,” said McAllister. “It’s such an absurd hypothesis to imagine Catalonia leaving Spain to go it alone. Expulsion from the European Union would be immediate; so, who would the Catalans do business with? How would their economy grow?”

“[Puigdemont] has maintained ever since that he, and only he, can be instated as the President of Catalonia, despite being 1,338 kms. away from Barcelona, 12 hours by car. His solution? Governance via Skype,” said McCallister.

McCallister criticized the Spanish government’s reaction to the Catalan separatist movement, characterizing them as “slow to react, complacent and patronizing.”

“The modus operandi seems to be, and has been, a categorical refusal to hold meaningful talks about areas that are of importance to approximately 50 percent of the residents of Catalonia,” said McCallister.

She also said she believes that some proponents of Catalan separatism have not done a effective job of doing their cause justice.

“There has been a strong influx of nationalistic propaganda among the people, in some instances truly racist,” McCallister said. “I have the impression that better leadership on both sides could have avoided the situation from reaching the current impasse.”

This past weekend, King Felipe of Spain visited Barcelona for the first time since October’s failed independence bid. He was met with protests, and senior Catalan officials refused a formal reception with the king. Pro-independence politicians have since been imprisoned for rebelling.

The nation has remained divided over this issue.

Former Barcelona coach and Manchester City manager Pep Guardiola wears a yellow ribbon in support of imprisoned Catalan politicians. He has been charged by the Football Association for doing so.

“I was surprised by the sudden upsurge, here in Madrid, of apparent patriotism among Spaniards. Flag waving isn’t really done here in Spain, since it still holds a historical connection to the dictatorship under Francisco Franco,” she said. “I’m just not sure whether people are demonstrating their love of Spanish unity or rather their animosity towards Catalonia.”